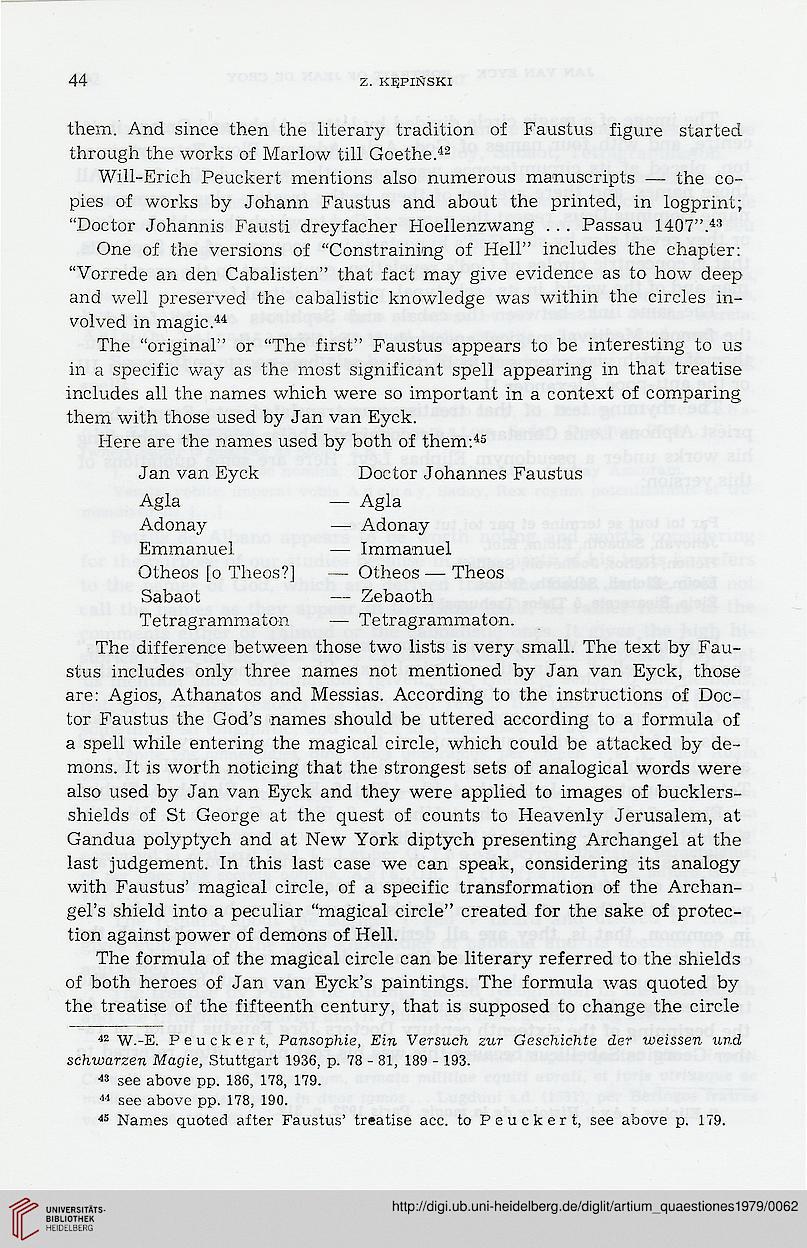 them. And sińce then the literary tradition of Faustus figurę started
through the works of Marlow till Goethe.42

One of the versions of “Constraining of Heli” includes the chapter:
“Vorrede an den Cabalisten” that fact may give evidence as to how deep
and well preserved the cabalistic knowledge was within the circles in-
volved in magie.44

The “original” or “The first” Faustus appears to be interesting to us
in a specific way as the most significant spell appearing in that treatise
includes all the names which were so important in a context of comparing
them with those used by Jan van Eyck.

Here are the names used by both of them:45

The difference between those two lists is very smali. The text by Fau-
stus includes only three names not mentioned by Jan van Eyck, those
are: Agios, Athanatos and Messias. According to the instructions of Doc-
tor Faustus the God’s names should be uttered according to a formula of
a spell while entering the magical circle, which could be attacked by de-
mons. It is worth noticing that the strongest sets of analogical words were
also used by Jan van Eyck and they were applied to images of bucklers-
shields of St George at the ąuest of counts to Heavenly Jerusalem, at
Gandua polyptych and at New York diptych presenting Archangel at the
last judgement. In this last case we can speak, considering its analogy
with Faustus’ magical circle, of a specific transformation of the Archan-
gel’s shield into a peculiar “magical circle” created for the sake of protec-
tion against power of demons of Heli.

The formula of the magical circle can be literary referred to the shields
of both heroes of Jan van Eyck’s paintings. The formula was ąuoted by
the treatise of the fifteenth century, that is supposed to change the circle