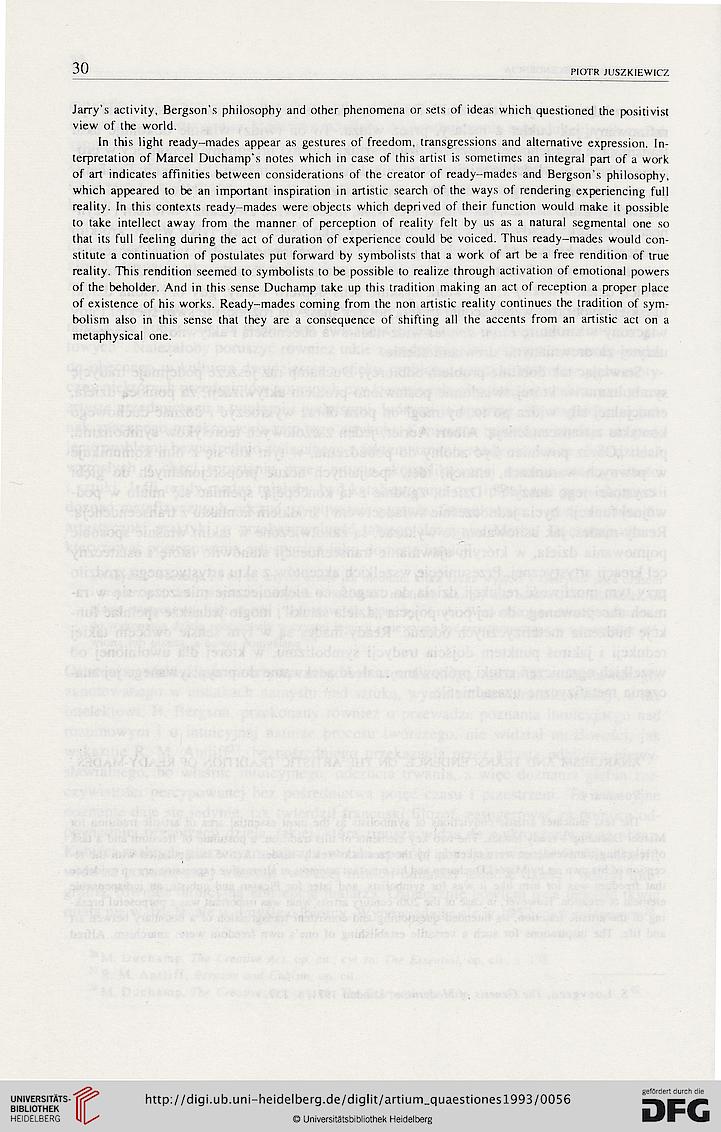 Jarry’s activity, Bergson's philosophy and other phenomena or sets of ideas which questioned the positivist
view of the world.
In this light ready-mades appear as gestures of freedom, transgressions and alternative expression. In-
terpretation of Marcel Duchamp’s notes which in case of this artist is sometimes an integral part of a work
of art indicates affinities between considerations of the creator of ready-mades and Bergson's philosophy,
which appeared to be an important inspiration in artistic search of the ways of rendering experiencing full
reality. In this contexts ready-mades were objects which deprived of their function would make it possible
to take intellect away from the manner of perception of reality felt by us as a natural segmental one so
that its full feeling during the act of duration of experience could be voiced. Thus ready-mades would con-
stitute a continuation of postulates put forward by symbolists that a work of art be a free rendition of true
reality. This rendition seemed to symbolists to be possible to realize through activation of emotional powers
of the beholder. And in this sense Duchamp take up this tradition making an act of reception a proper place
of existence of his works. Ready-mades coming from the non artistic reality continues the tradition of sym-
bolism also in this sense that they are a consequence of shifting all the accents from an artistic act on a
metaphysical one.