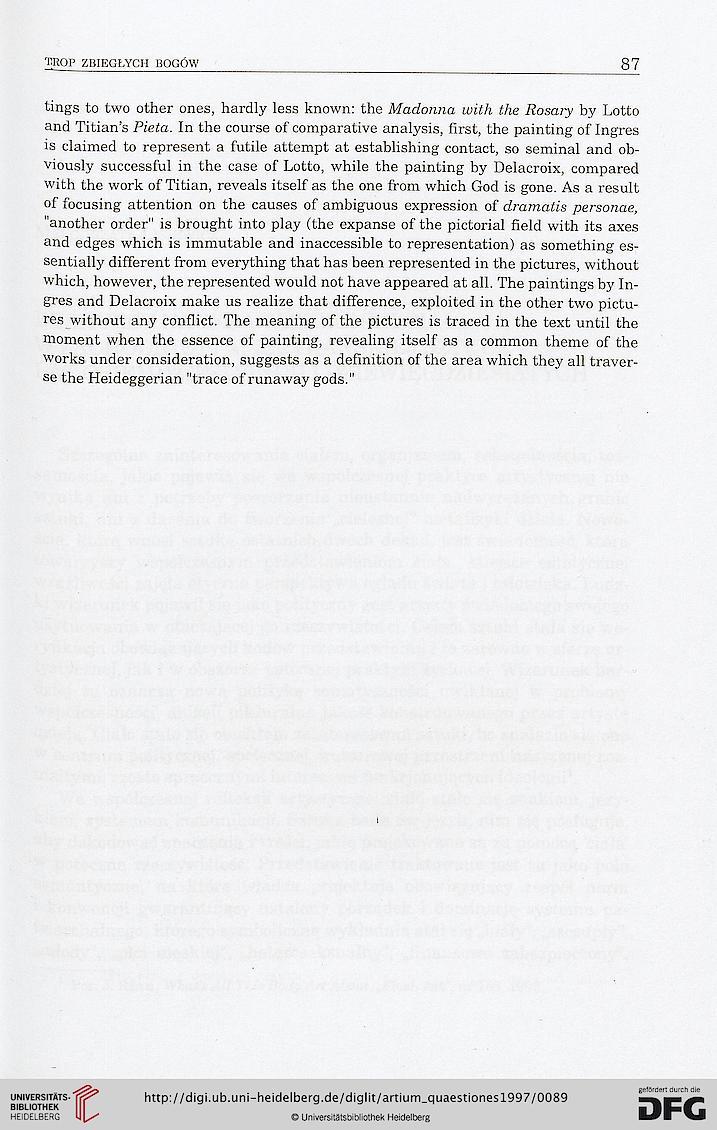 tings to two other ones, hardly less known: the Madonna with the Rosary by Lotto
and Titian’s Pieta. In the course of comparative analysis, first, the painting of Ingres
is claimed to represent a futile attempt at establishing contact, so seminal and ob-
viously successful in the case of Lotto, while the painting by Delacroix, compared
with the work of Titian, reveals itself as the one from which God is gone. As a result
of focusing attention on the causes of ambiguous expression of dramatis personae,
"another order" is brought into play (the expanse of the pictorial field with its axes
and edges which is immutable and inaccessible to representation) as something es-
sentially different from everything that has been represented in the pictures, without
which, however, the represented would not have appeared at all. The paintings by In-
gres and Delacroix make us realize that difference, exploited in the other two pictu-
res without any conflict. The meaning of the pictures is traced in the text until the
moment when the essence of painting, revealing itself as a common theme of the
Works under consideration, suggests as a definition of the area which they all traver-
se the Heideggerian "tracę of runaway gods."