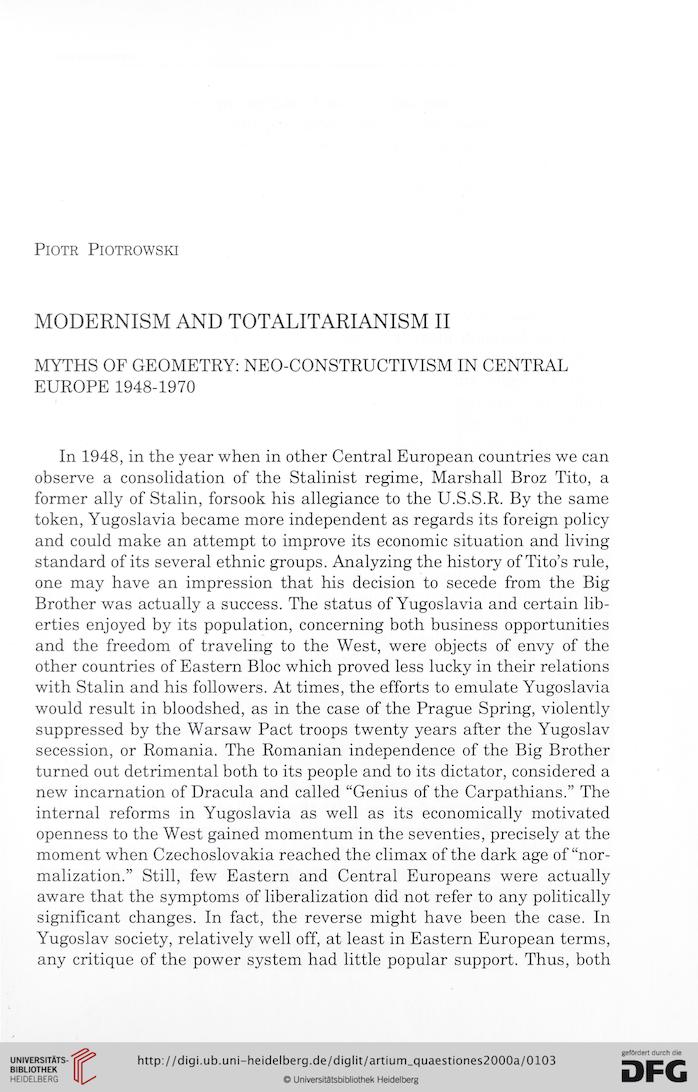 In 1948, in the year when in other Central European countries we can
observe a consolidation of the Stalinist regime, Marshall Broz Tito, a
former ally of Stalin, forsook his allegiance to the U.S.S.R. By the same
token, Yugoslavia became morę independent as regards its foreign policy
and could make an attempt to improve its economic situation and living
standard of its several ethnic groups. Analyzing the history of Tito’s rule,
one may have an impression that his decision to secede from the Big
Brother was actually a success. The status of Yugoslavia and certain lib-
erties enjoyed by its population, concerning both business opportunities
and the freedom of traveling to the West, were objects of envy of the
other countries of Eastern Bloc which proved less lucky in their relations
with Stalin and his followers. At times, the efforts to emulate Yugoslavia
would result in bloodshed, as in the case of the Prague Spring, yiolently
suppressed by the Warsaw Pact troops twenty years after the Yugoslav
secession, or Romania. The Romanian independence of the Big Brother
turned out detrimental both to its people and to its dictator, considered a
new incarnation of Dracula and called “Genius of the Carpathians.” The
internal reforms in Yugoslavia as well as its economically motivated
openness to the West gained momentum in the seventies, precisely at the
moment when Czechoslovakia reached the climax of the dark age of “nor-
malization.” Still, few Eastern and Central Europeans were actually
aware that the symptoms of liberalization did not refer to any politically
significant changes. In fact, the reverse might have been the case. In
Yugoslay society, relatively well off, at least in Eastern European terms,
any critiąue of the power system had little popular support. Thus, both