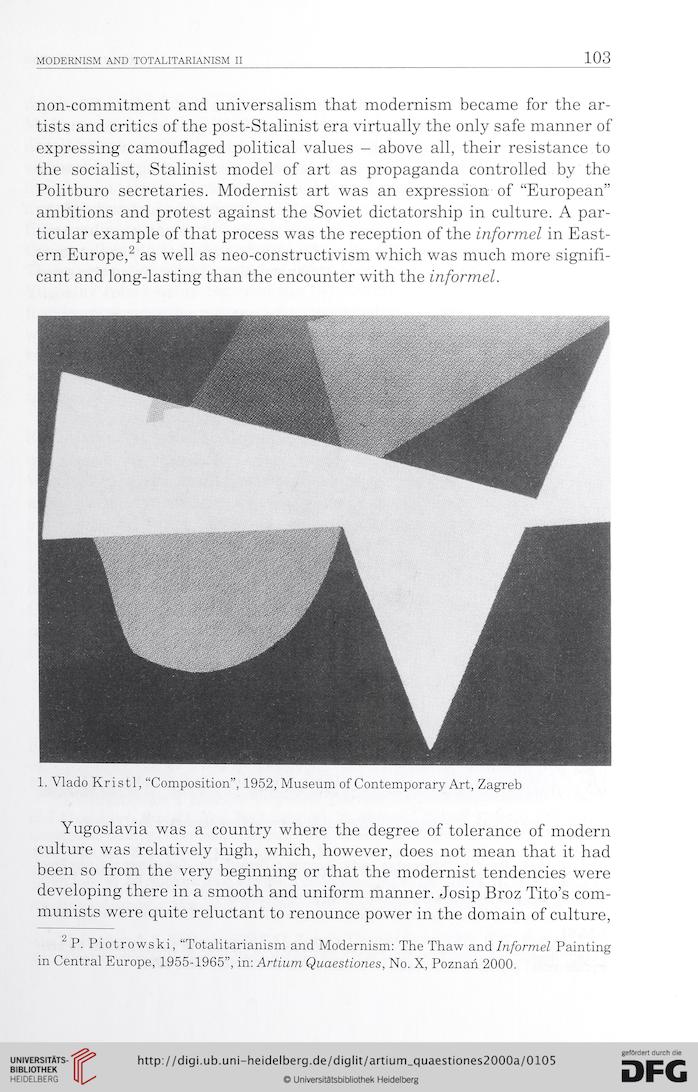 non-commitment and universalism that modernism became for the ar-
tists and critics of the post-Stalinist era virtually the only safe manner of
expressing camouflaged political values - above all, their resistance to
the socialist, Stalinist model of art as propaganda controlled by the
Politburo secretaries. Modernist art was an expression of “European”
ambitions and protest against the Soviet dictatorship in culture. A par-
ticular example of that process was the reception of the informel in East-
ern Europę,2 as well as neo-constructivism which was much morę signifi-
cant and long-lasting than the encounter with the informel.

Yugoslavia was a country where the degree of tolerance of modern
culture was relatively high, which, however, does not mean that it had
been so from the very beginning or that the modernist tendencies were
developing there in a smooth and uniform manner. Josip Broz Tito’s com-
munists were ąuite reluctant to renounce power in the domain of culture,
2 P. Piotrowski, “Totalitarianism and Modernism: The Thaw and Informel Painting
in Central Europę, 1955-1965”, in\Artium Quaestiones, No. X, Poznań 2000.