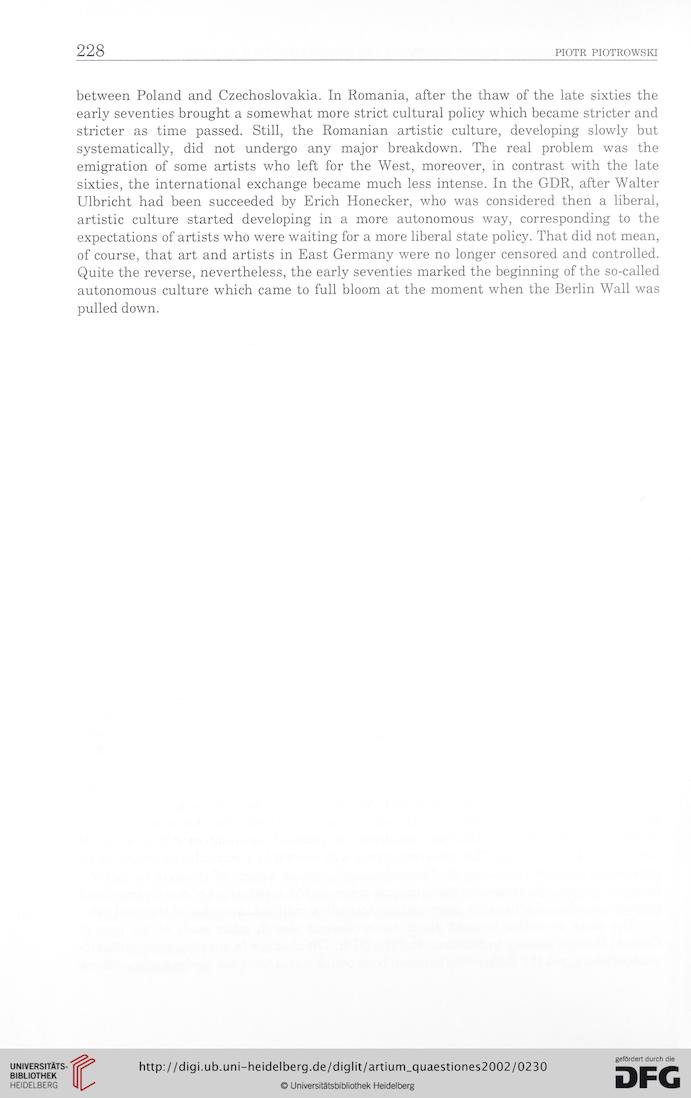 between Poland and Czechoslovakia. In Romania, after the thaw of the late sixties the
eariy seventies brought a somewhat morę strict cultural policy which became stricter and
stńcter as time passed. Still, the Romanian artistic culture, developing slowly but
systematically, did not undergo any major breakdown. The real problem was the
emigration of some artists who left for the West, moreover, in contrast with the late
sixties, the International exchange became much less infense. In the GDR, after Walter
Ulbricht nad been succeeded by Erich Honecker, who was considered then a liberał,
artistic culture started developing in a morę autonomous way, corresponding to the
expectations of artists who were waiting for a morę liberał state policy. That did not mean,
of course, that art and artists in East Germany were no longer censored and controlled.
Quite the reverse, nevertheless, the eariy seventies marked the beginning of the so-called
autonomous culture which came to fuli bloom at the moment when the Berlin Wall was
pulled down.