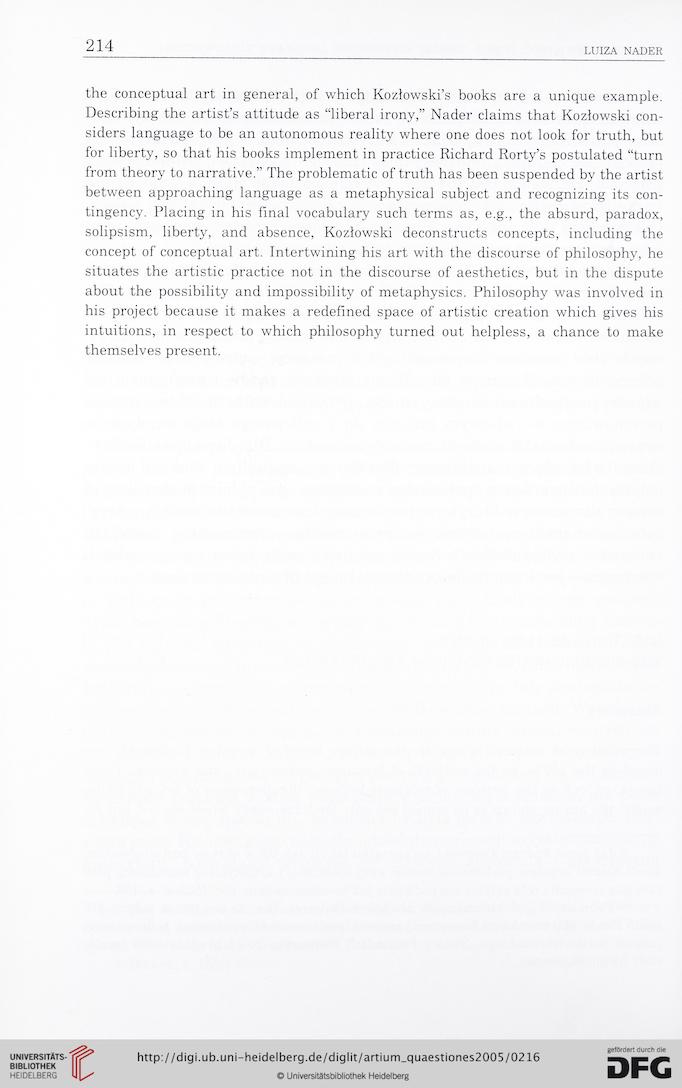 the conceptual art in generał, of which Kozłowski’s books are a uniąue example.
Describing the artisfs attitude as “liberał irony,” Nader claims that Kozłowski con-
siders language to be an autonomous reałity where one does not look for truth, but
for liberty, so that his books implement in practice Richard Rorty’s postulated “tura
from theory to narrative.” The problematic of truth has been suspended by the artist
between approaching language as a metaphysical subject and recognizing its con-
tingency. Placing in his finał vocabułary such terms as, e.g., the absurd, paradox,
sołipsism, liberty, and absence, Kozłowski deconstructs concepts, including the
concept of conceptual art. Intertwining his art with the discourse of philosophy, he
situates the artistic practice not in the discourse of aesthetics, but in the dispute
about the possibility and impossibility of metaphysics. Philosophy was involved in
his project because it makes a redefined space of artistic creation which gives his
intuitions, in respect to which philosophy turned out helpless, a chance to make
themselves present.