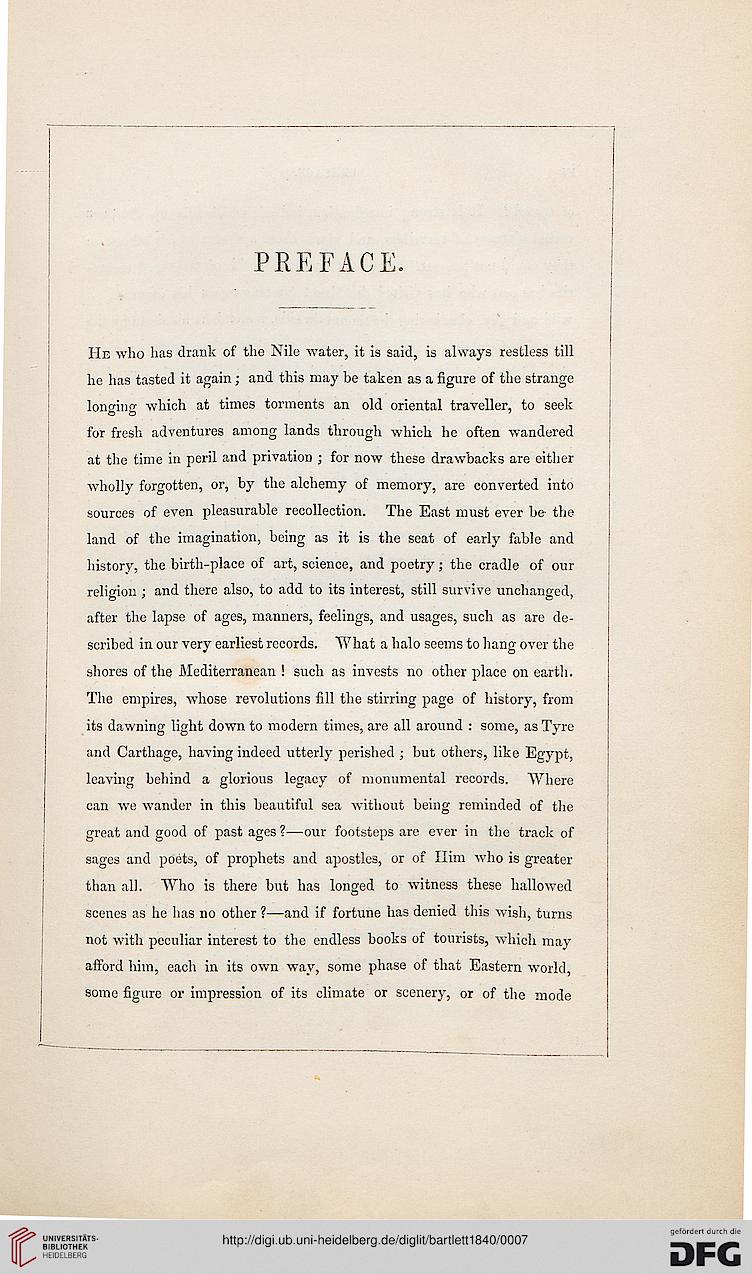 He who has drank of the Nile water, it is said, is always restless till
he has tasted it again; and this may be taken as a figure of the strange
longing which at times torments an old oriental traveller, to seek
for fresh adventures among lands through which he often wandered
at the time in peril and privation ; for now these drawbacks are either
wholly forgotten, or, by the alchemy of memory, are converted into
sources of even pleasurable recollection. The East must ever be the
land of the imagination, being as it is the seat of early fable and
history, the birth-place of art, science, and poetry; the cradle of our
religion ; and there also, to add to its interest, still survive unchanged,
after the lapse of ages, manners, feelings, and usages, such as are de-
scribed in our very earliest records. What a halo seems to hang over the
shores of the Mediterranean ! such as invests no other place on earth.
The empires, whose revolutions fill the stirring page of history, from
its dawning light down to modern times, are all around : some, as Tyre
and Carthage, having indeed utterly perished ; but others, like Egypt,
leaving behind a glorious legacy of monumental records. Where
can we wander in this beautiful sea without being reminded of the
great and good of past ages ?—our footsteps are ever in the track of
sages and poets, of prophets and apostles, or of Him who is greater
than all. Who is there but has longed to witness these hallowed
scenes as he has no other ?—and if fortune has denied this wish, turns
not with peculiar interest to the endless books of tourists, which may
afford him, each in its own way, some phase of that Eastern world,
some figure or impression of its climate or scenery, or of the mode