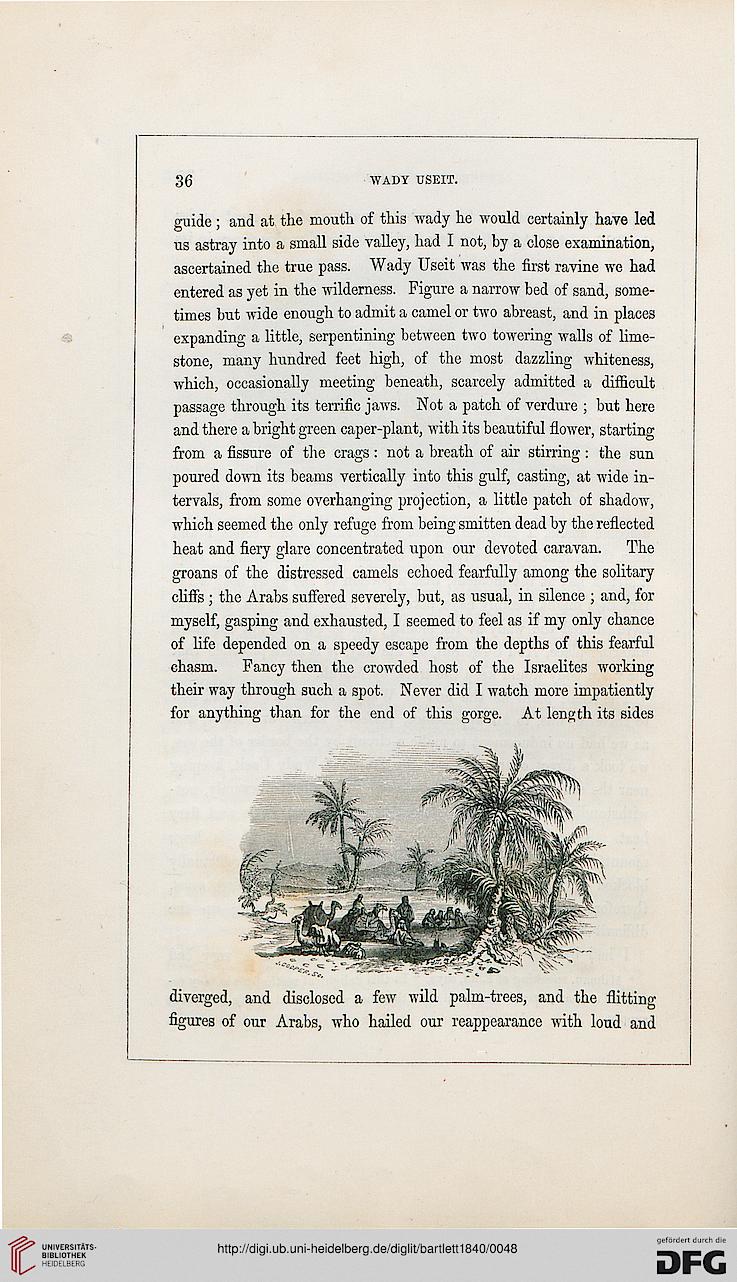 o-uide; and at the mouth of this wady he would certainly have led
us astray into a small side valley, had I not, by a close examination,
ascertained the true pass. "Wady Useit was the first ravine we had
entered as yet in the wilderness. Figure a narrow bed of sand, some-
times but wide enough to admit a camel or two abreast, and in places
expanding a little, serpentining between two towering walls of lime-
stone, many hundred feet high, of the most dazzling whiteness,
which, occasionally meeting beneath, scarcely admitted a difficult
passage through its terrific jaws. Not a patch of verdure ; but here
and there a bright green caper-plant, with its beautiful flower, starting
from a fissure of the crags : not a breath of air stirring : the sun
poured down its beams vertically into this gulf, casting, at wide in-
tervals, from some overhanging projection, a little patch of shadow,
which seemed the only refuge from being smitten dead by the reflected
heat and fiery glare concentrated upon our devoted caravan. The
groans of the distressed camels echoed fearfully among the solitary
cliffs ; the Arabs suffered severely, but, as usual, in silence ; and, for
myself, gasping and exhausted, I seemed to feel as if my only chance
of life depended on a speedy escape from the depths of this fearful
chasm. Fancy then the crowded host of the Israelites working
their way through such a spot. Never did I watch more impatiently
for anything than for the end of this gorge. At length its sides

diverged, and disclosed a few wild palm-trees, and the flitting
figures of our Arabs, who hailed our reappearance with loud and