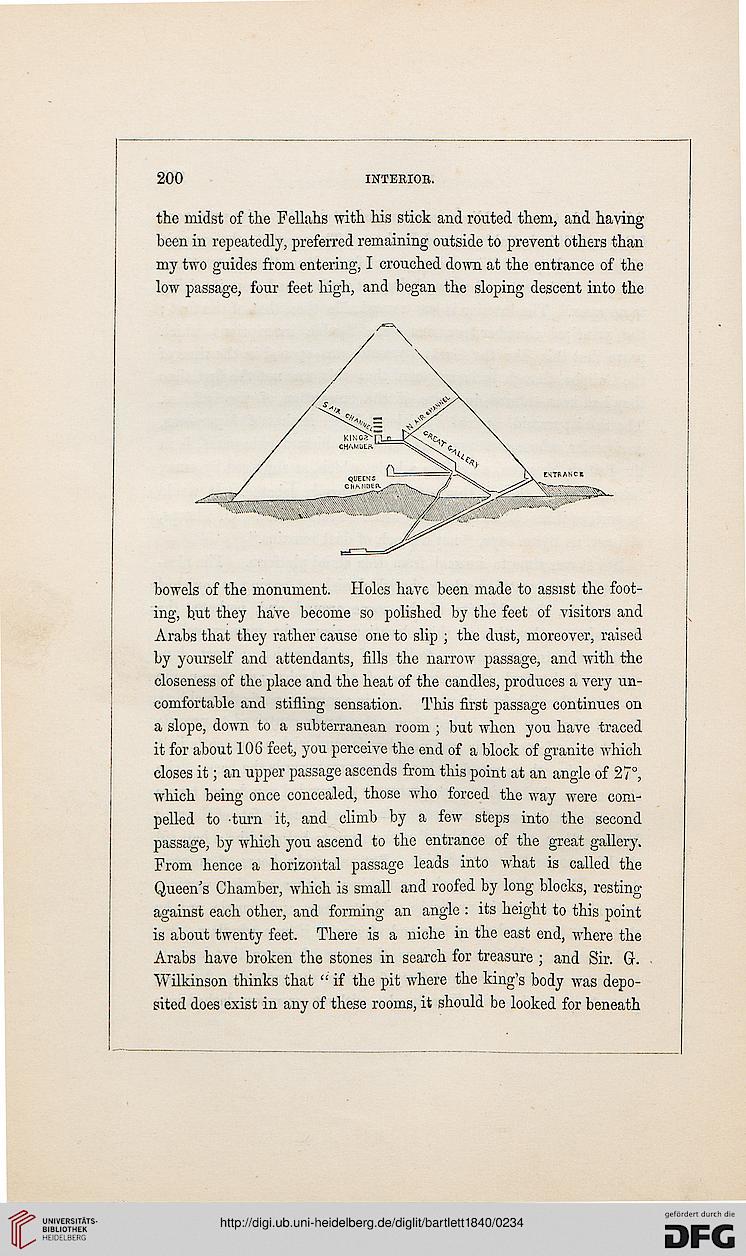 the midst of the Fellahs with his stick and routed them, and having
heen in repeatedly, preferred remaining outside to prevent others than
my two guides from entering, I crouched down at the entrance of the
low passage, four feet high, and began the sloping descent into the

bowels of the monument. Holes have been made to assist the foot-
ing, b.ut they have become so polished by the feet of visitors and
Arabs that they rather cause one to slip ; the dust, moreover, raised
by yourself and attendants, fills the narrow passage, and with the
closeness of the place and the heat of the candles, produces a very un-
comfortable and stifling sensation. This first passage continues on
a slope, down to a subterranean room ; but when you have traced
it for about 106 feet, you perceive the end of a block of granite which
closes it; an upper passage ascends from this point at an angle of 27°,
which being once concealed, those who forced the way were com-
pelled to turn it, and climb by a few steps into the second
passage, by which you ascend to the entrance of the great gallery.
From hence a horizontal passage leads into what is called the
Queen's Chamber, which is small and roofed by long blocks, resting
against each other, and forming an angle : its height to this point
is about twenty feet. There is a niche in the east end, where the
Arabs have broken the stones in search for treasure ; and Sir. G.
Wilkinson thinks that " if the pit where the king's body was depo-
sited does exist in any of these rooms, it should be looked for beneath