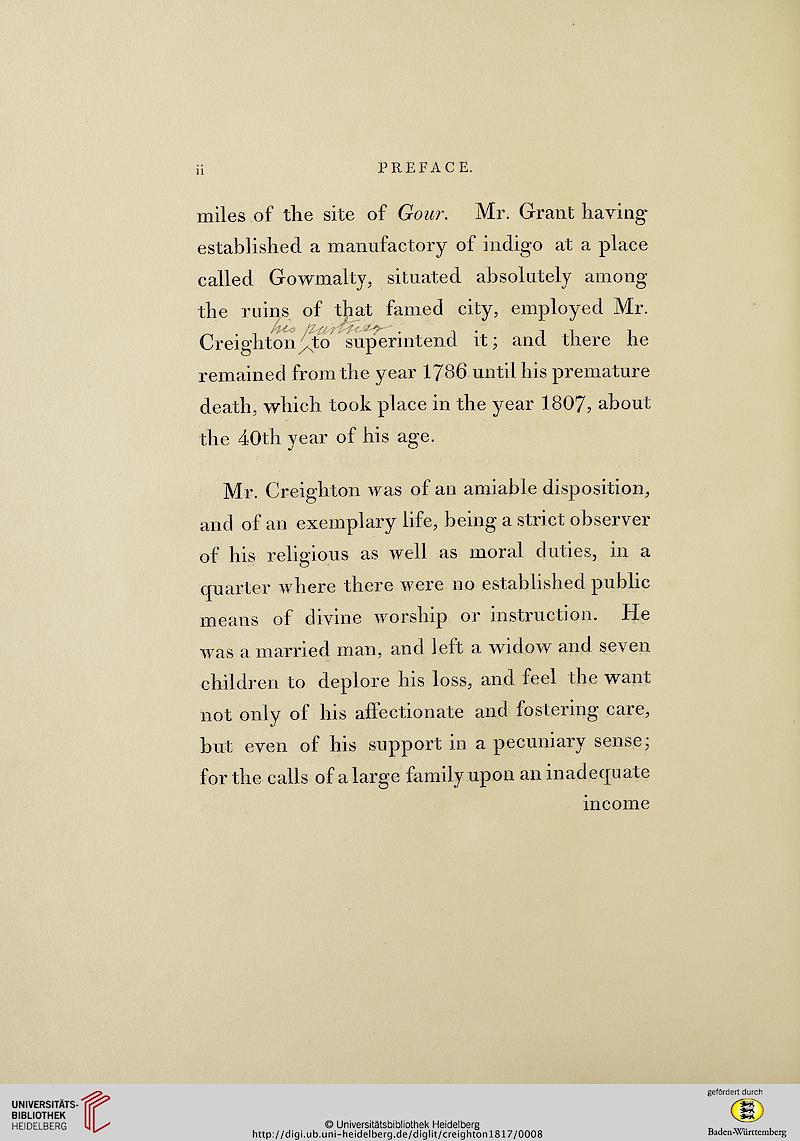 miles of the site of Gour. Mr. Grant having
established a manufactory of indigo at a place
called Gowmalty, situated absolutely among
the ruins of that famed city, employed Mr.
Creighton to superintend it; and there he
remained from the year 1786 until his premature
death, which took place in the year 1807, about
the 40th year of his age.

Mr. Creighton was of an amiable disposition,
and of an exemplary life, being a strict observer
of his religious as well as moral duties, in a
quarter where there were no established public
means of divine worship or instruction. He
was a married man, and left a widow and seven
children to deplore his loss, and feel the want
not only of his affectionate and fostering care,
but even of his support in a pecuniary sense;
for the calls of a large family upon an inadequate