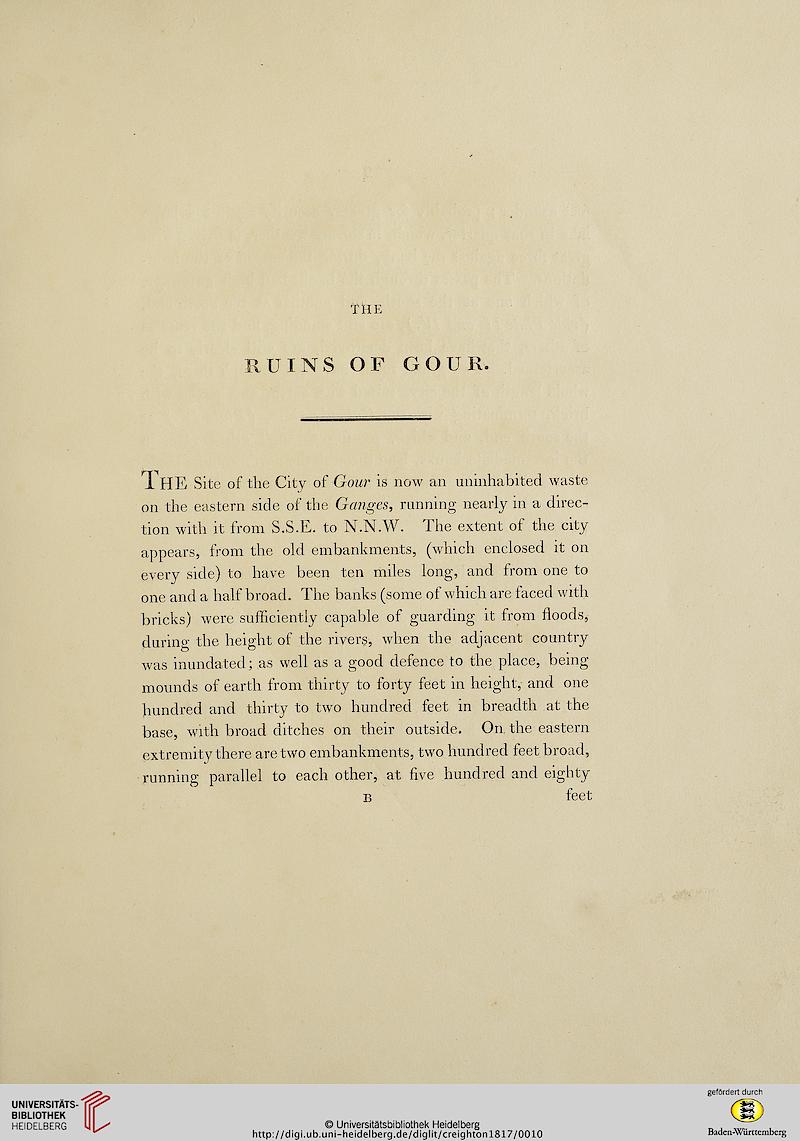 JL HE Site of the City of Gour is now an uninhabited waste
on the eastern side of the Ganges, running nearly in a direc-
tion with it from S.S.E. to N.N.W. The extent of the city
appears, from the old embankments, (which enclosed it on
every side) to have been ten miles long, and from one to
one and a half broad. The banks (some of which are faced with
bricks) were sufficiently capable of guarding it from floods,
during the height of the rivers, when the adjacent country
was inundated; as well as a good defence to the place, being
mounds of earth from thirty to forty feet in height, and one
hundred and thirty to two hundred feet in breadth at the
base, with broad ditches on their outside. On the eastern
extremity there are two embankments, two hundred feet broad,
running parallel to each other, at five hundred and eighty