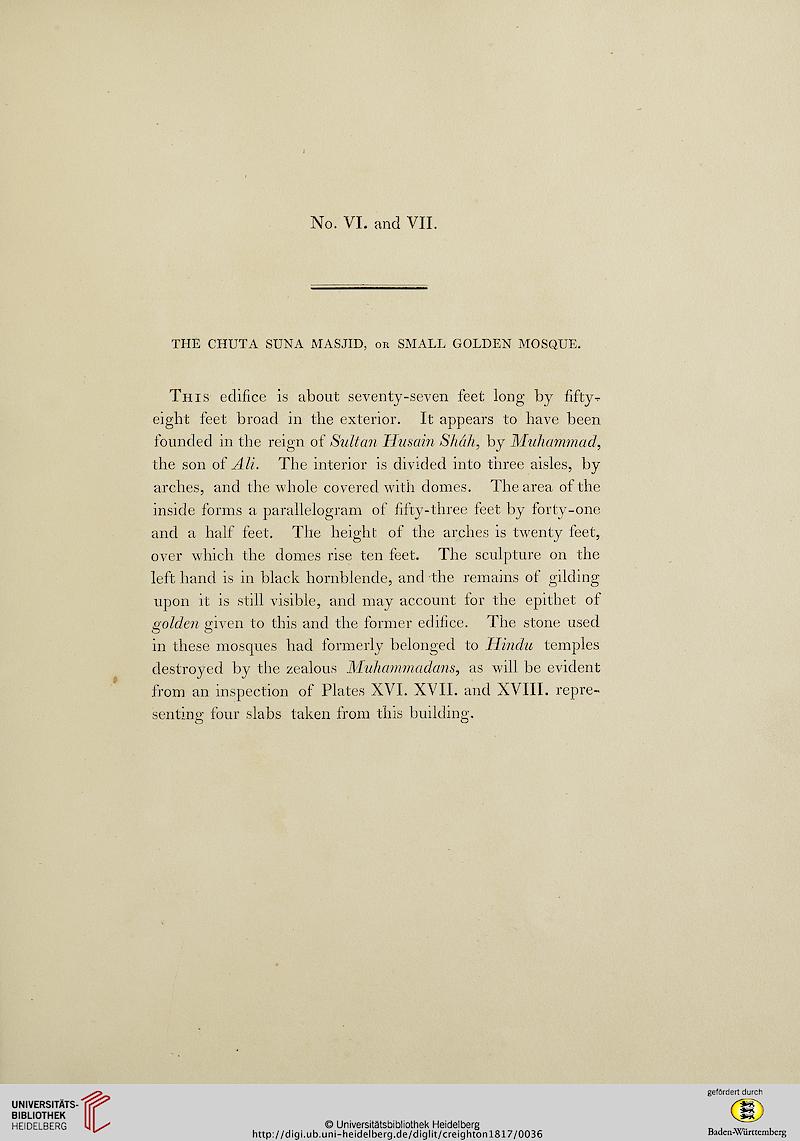 This edifice is about seventy-seven feet long by fifty^
eight feet broad in the exterior. It appears to have been
founded in the reign of Sultan Husain Shah, by Muhammad,
the son of AH. The interior is divided into three aisles, by
arches, and the whole covered with domes. The area of the
inside forms a parallelogram of fifty-three feet by forty-one
and a half feet. The height of the arches is twenty feet,
over which the domes rise ten feet. The sculpture on the
left hand is in black hornblende, and the remains of gilding
upon it is still visible, and may account for the epithet of
golden given to this and the former edifice. The stone used
in these mosques had formerly belonged to Hindu temples
destroyed by the zealous Muhammadans, as will be evident
from an inspection of Plates XVI. XVII. and XVIII. repre-
senting four slabs taken from this building.