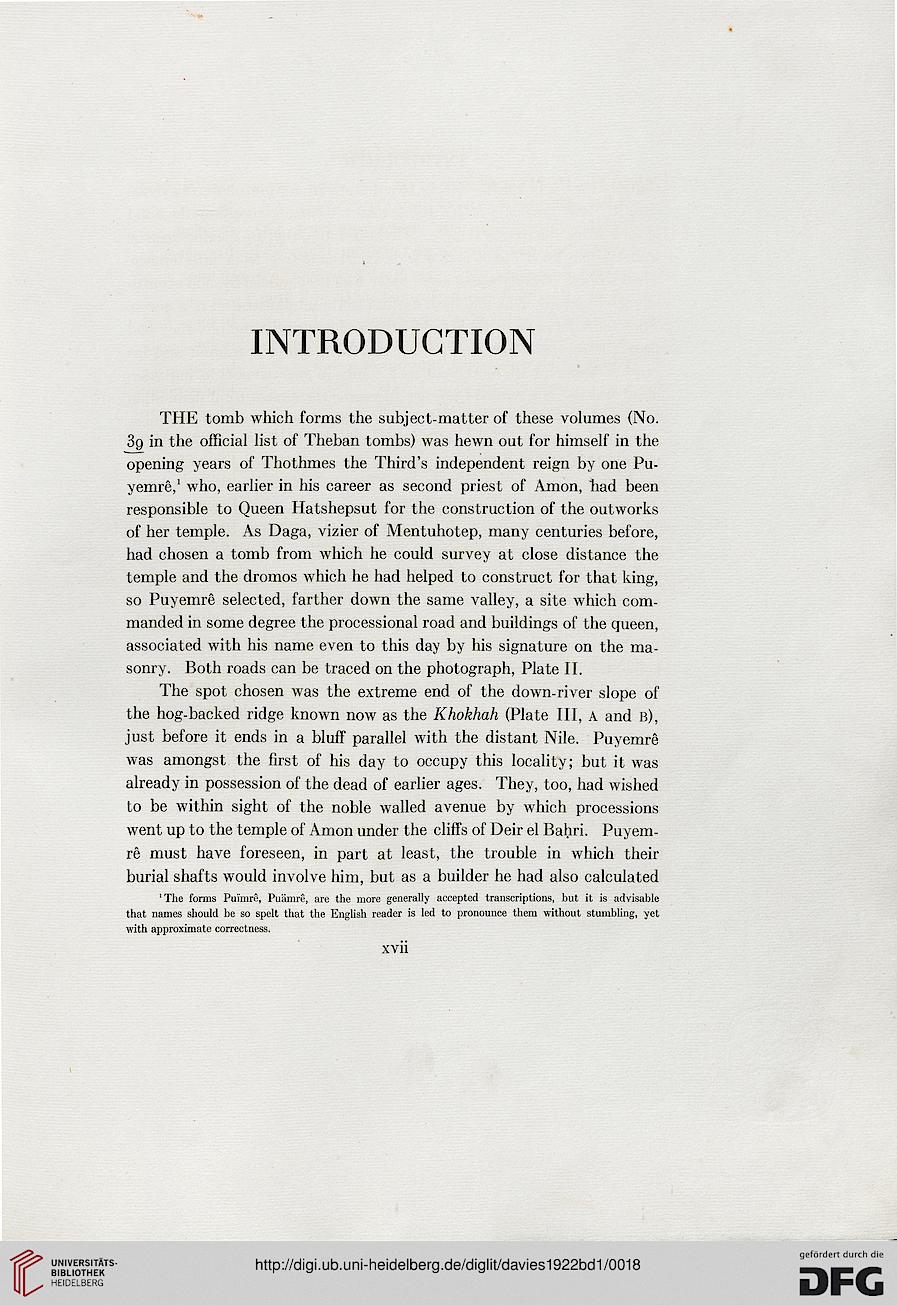 THE tomb which forms the subject-matter of these volumes (No.
39 in the official list of Theban tombs) was hewn out for himself in the
opening years of Thothmes the Third's independent reign by one Pu-
yemre,1 who, earlier in his career as second priest of Amon, had been
responsible to Queen Hatshepsut for the construction of the outworks
of her temple. As Daga, vizier of Mentuhotep, many centuries before,
had chosen a tomb from which he could survey at close distance the
temple and the dromos which he had helped to construct for that king,
so Puyemre selected, farther down the same valley, a site which com-
manded in some degree the processional road and buildings of the queen,
associated with his name even to this day by his signature on the ma-
sonry. Both roads can be traced on the photograph, Plate II.

The spot chosen was the extreme end of the down-river slope of
the hog-backed ridge known now as the Khokhah (Plate III, A and b),
just before it ends in a bluff parallel with the distant Nile. Puyemre
was amongst the first of his day to occupy this locality; but it was
already in possession of the dead of earlier ages. They, too, had wished
to be within sight of the noble walled avenue by which processions
went up to the temple of Amon under the cliffs of Deir el Bahri. Puyem-
re must have foreseen, in part at least, the trouble in which their
burial shafts would involve him, but as a builder he had also calculated

'The forms Pui'mre, Puamre, are the more generally accepted transcriptions, but it is advisable
that names should be so spelt that the English reader is led to pronounce them without stumbling, yet
with approximate correctness.