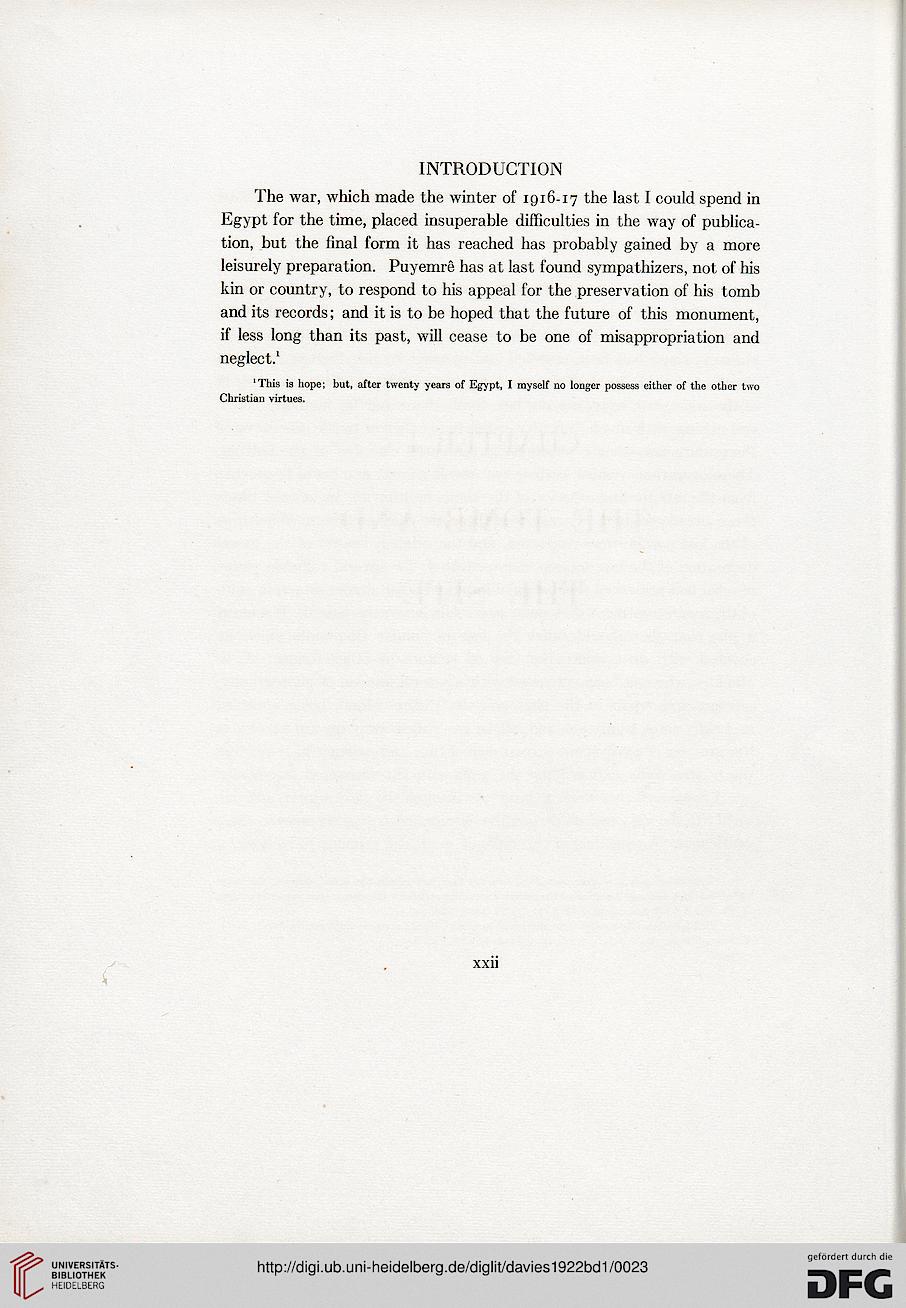 The war, which made the winter of 1916-17 the last I could spend in
Egypt for the time, placed insuperable difficulties in the way of publica-
tion, but the final form it has reached has probably gained by a more
leisurely preparation. Puyemre has at last found sympathizers, not of his
kin or country, to respond to his appeal for the preservation of his tomb
and its records; and it is to be hoped that the future of this monument,
if less long than its past, will cease to be one of misappropriation and
neglect.1

lrThis is hope; but, after twenty years of Egypt, I myself no longer possess either of the other two
Christian virtues.