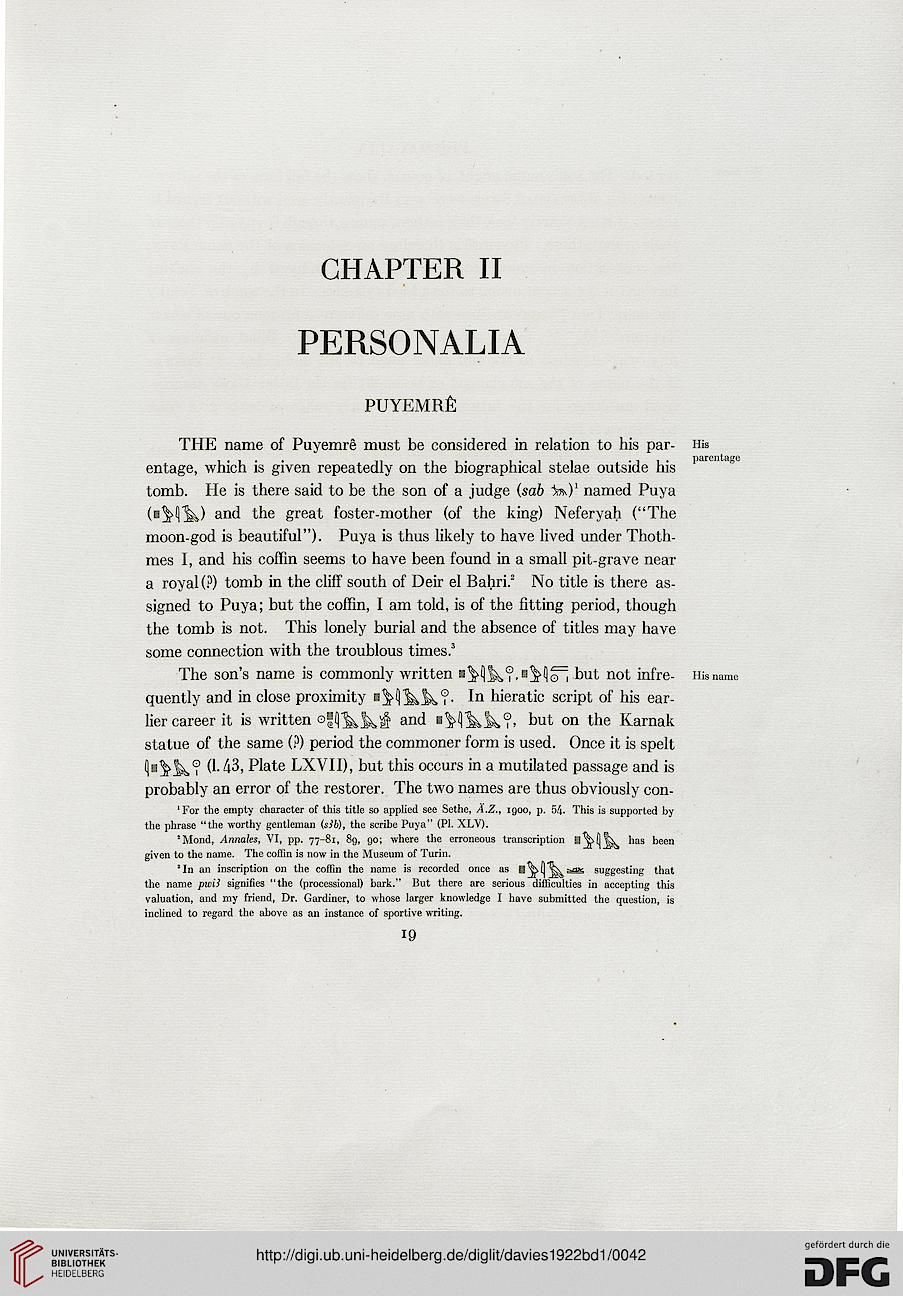 THE name of Puyemre must be considered in relation to his par-
entage, which is given repeatedly on the biographical stelae outside his
tomb. He is there said to be the son of a judge (sab ^m,)1 named Puya
(B^lk) and the great foster-mother (of the king) Neferyah ("The
moon-god is beautiful"). Puya is thus likely to have lived under Thotli-
mes I, and his coffin seems to have been found in a small pit-grave near
a royal (?) tomb in the cliff south of Deir el Bahri.2 No title is there as-
signed to Puya; but the coffin, I am told, is of the fitting period, though
the tomb is not. This lonely burial and the absence of titles may have
some connection with the troublous times.3

The son's name is commonly written ■VJW?»i3Ho=i but not infre-
quently and in close proximity a^lj^^o. In hieratic script of his ear-
lier career it is written ©1^^$ and ■^^^?, but on the Karnak
statue of the same (?) period the commoner form is used. Once it is spelt
(ji^^° (1.43, Plate LXVII), but this occurs in a mutilated passage and is

probably an error of the restorer. The two names are thus obviously con-
dor the empty character of this title so applied see Sethe, A.Z., 1900, p. 54. This is supported by

given to the name. The coffin is now in the Museum of Turin.

3 In an inscription on the coffin the name is recorded once as !^Q^\ s^ suggesting that

the name pwi$ signifies "the (processional) bark." But there are serious difficulties in accepting this

valuation, and my friend, Dr. Gardiner, to whose larger knowledge I have submitted the question, is

inclined to regard the above as an instance of sportive writing.