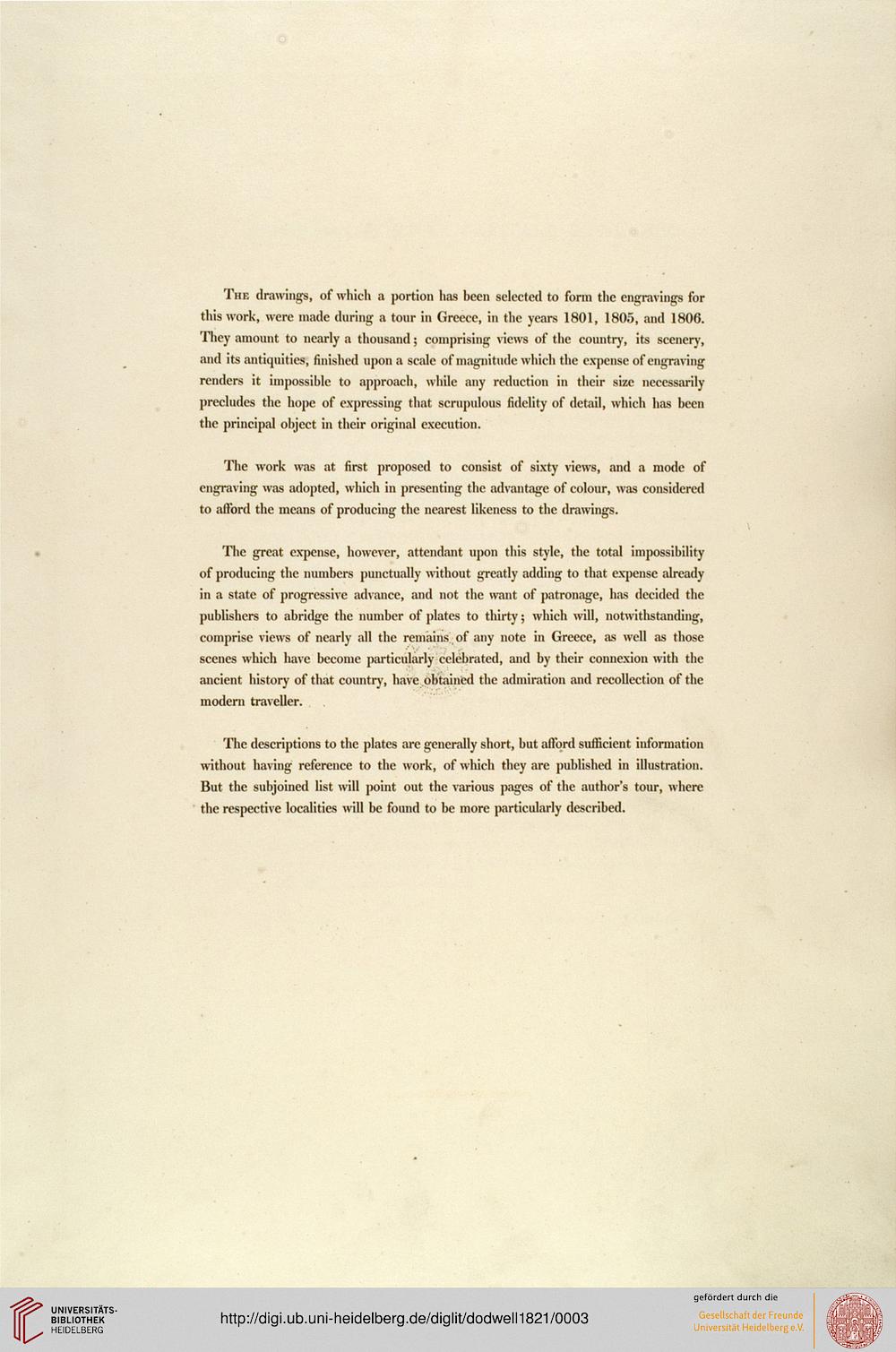 Information about OCR text
The drawings, of which a portion lias hecn selected to form the engravings for
this work, were made during a tour in Greece, in the years 1801, 1805, and 1806.
They amount to nearly a thousand; comprising views of the country, its scenery,
and its antiquities, finished upon a scale of magnitude which the expense of engraving
renders it impossible to approach, while any reduction in their size necessarily
precludes the hope of expressing that scrupulous fidelity of detail, which has been
the principal object in their original execution.

The work was at first proposed to consist of sixty views, and a mode of
engraving was adopted, which in presenting the advantage of colour, was considered
to afford the means of producing the nearest likeness to the drawings.

The great expense, however, attendant upon this style, the total impossibility
of producing the numbers punctually without greatly adding to that expense already
in a state of progressive advance, and not the want of patronage, has decided the
publishers to abridge the number of plates to thirty; which will, notwithstanding,
comprise views of nearly all the remains of any note in Greece, as well as those
scenes which have become particularly celebrated, and by their connexion with the
ancient history of that country, have obtained the admiration and recollection of the
modem traveller.

The descriptions to the plates arc generally short, but afford sufficient information
without having reference to the work, of which they are published in illustration.
But the subjoined list will point out the various pages of the author's tour, where
the respective localities will be found to be more particularly described.