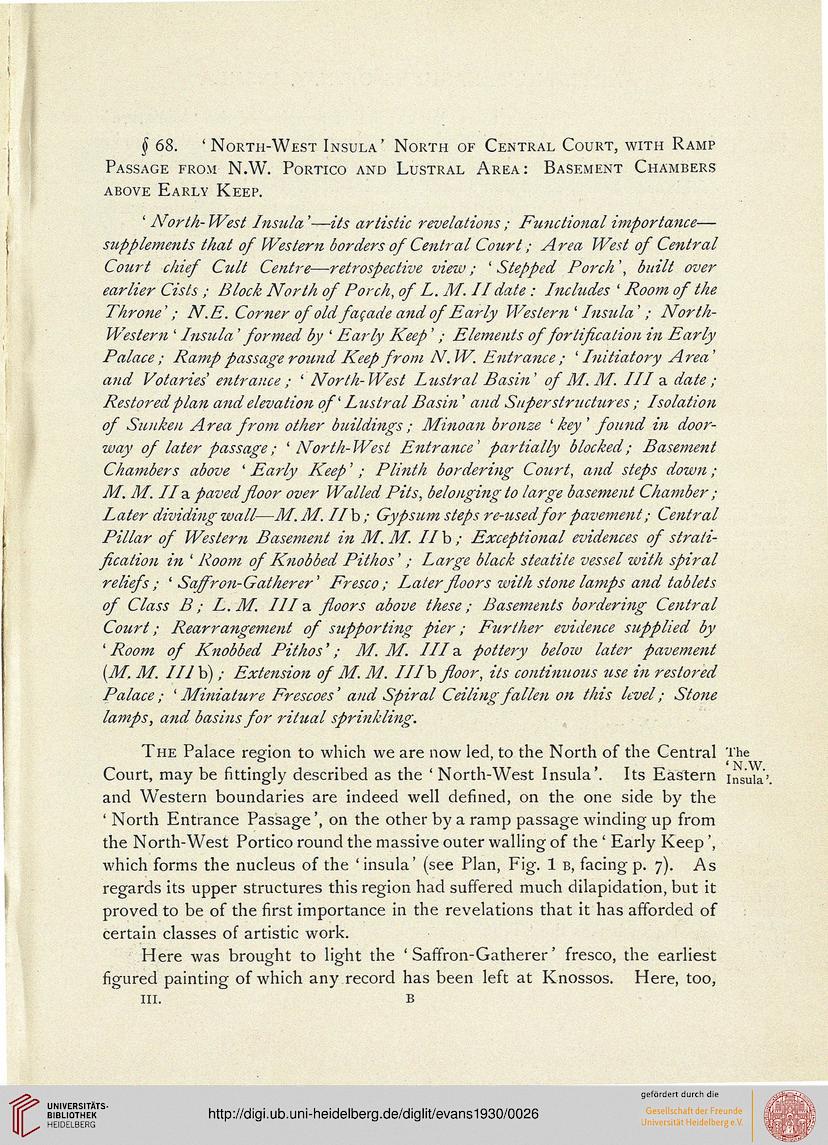 The Palace region to which we are now led, to the North of the Central The
Court, may be fittingly described as the ' North-West Insula'. Its Eastern ins'uia\
and Western boundaries are indeed well defined, on the one side by the
' North Entrance Passage', on the other by a ramp passage winding up from
the North-West Portico round the massive outer walling of the ' Early Keep ',
which forms the nucleus of the ' insula' (see Plan, Fig. 1 b, facing p. 7). As
regards its upper structures this region had suffered much dilapidation, but it
proved to be of the first importance in the revelations that it has afforded of
certain classes of artistic work.

Here was brought to light the 'Saffron-Gatherer' fresco, the earliest
figured painting of which any record has been left at Knossos. Here, too,