Fellows, Charles
Travels and researches in Asia Minor, more particularly in the province of Lycia — London, 1852 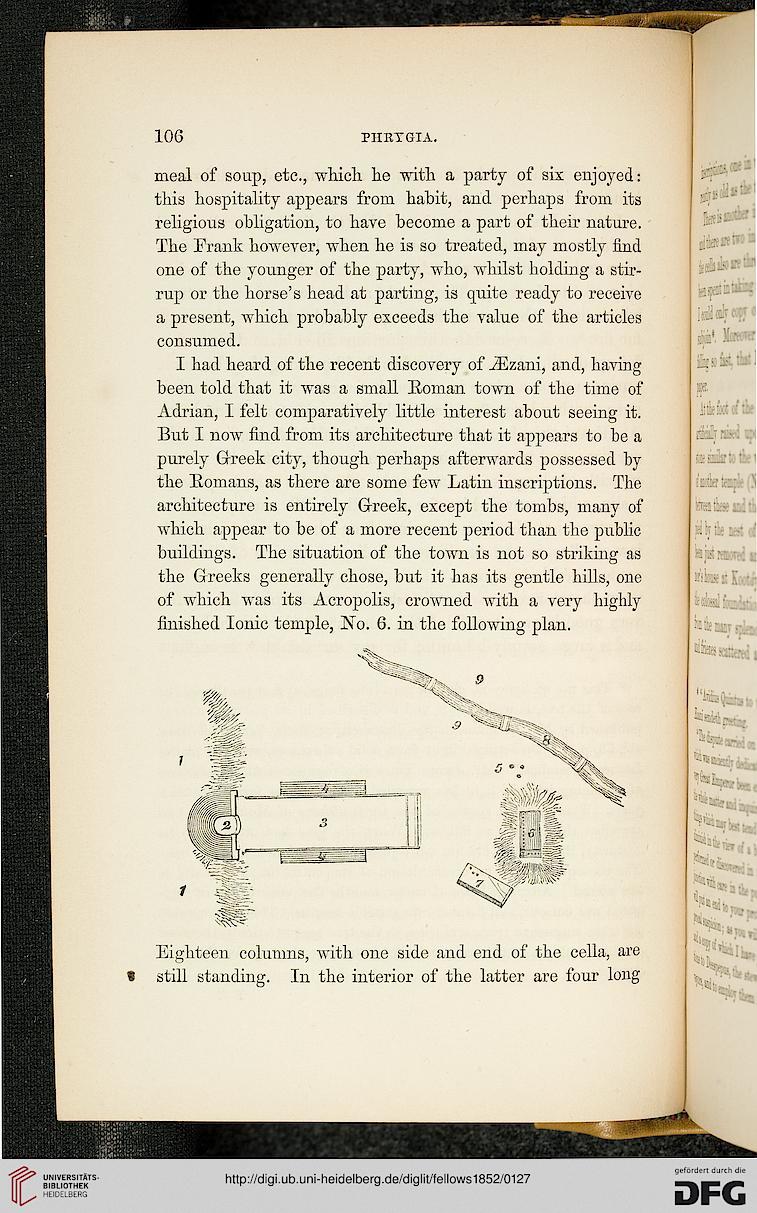 meal of soup, etc., which he with a party of six enjoyed:
this hospitality appears from habit, and perhaps from its
religious obligation, to have become a part of their nature.
The Prank however, when he is so treated, may mostly find
one of the younger of the party, who, whilst holding a stir-
rup or the horse's head at parting, is quite ready to receive
a present, which probably exceeds the value of the articles
consumed.

I had heard of the recent discovery of ^Ezani, and, having
been told that it was a small Eoman town of the time of
Adrian, I felt comparatively little interest about seeing it.
But I now find from its architecture that it appears to be a
purely Greek city, though perhaps afterwards possessed by
the Eomans, as there are some few Latin inscriptions. The
architecture is entirely Greek, except the tombs, many of
which appear to be of a more recent period than the public
buildings. The situation of the town is not so striking as
the Greeks generally chose, but it has its gentle hills, one
of which was its Acropolis, crowned with a very highly
finished Ionic temple, JSTo. 6. in the following plan.

Eighteen columns, with one side and end of the cella, are
still standing. In the interior of the latter are four long