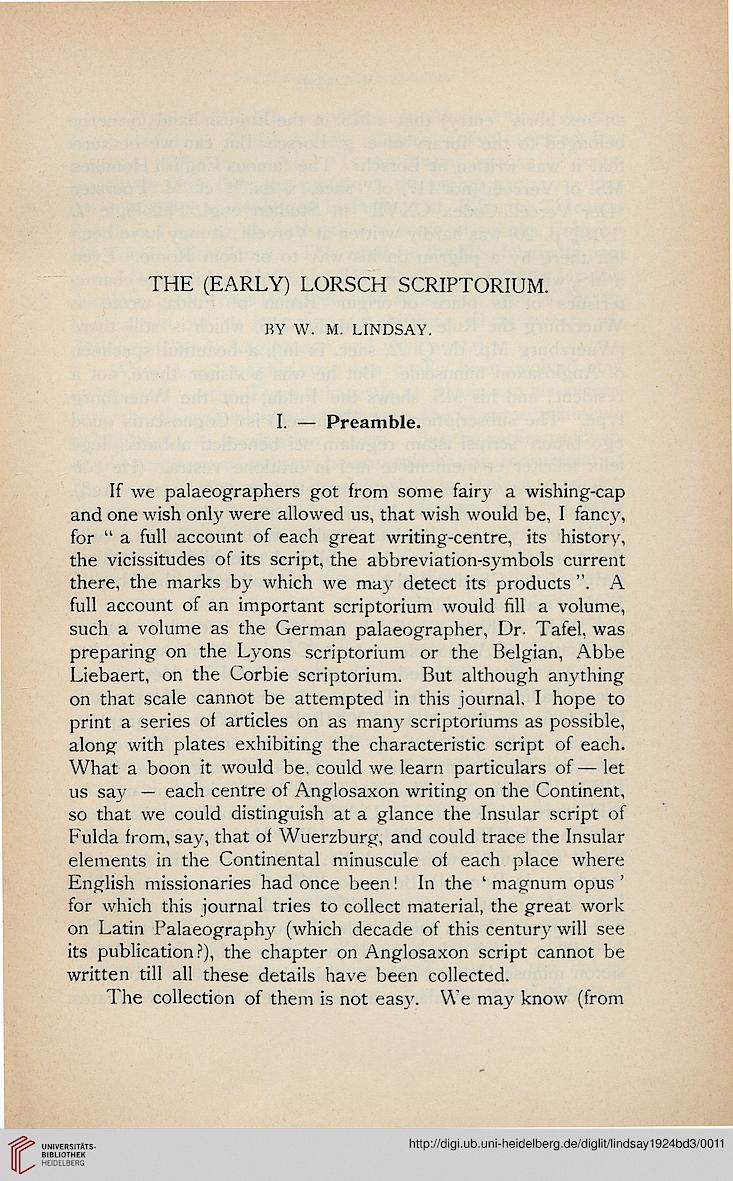 If we palaeographers got from some fair}' a wishing-cap
and one wish only were allowed us, that wish would be, I fancy,
for " a full account of each great writing-centre, its history,
the vicissitudes of its script, the abbreviation-symbols current
there, the marks by which we may detect its products ". A
full account of an important scriptorium would fill a volume,
such a volume as the German palaeographer, Dr. Tafel, was
preparing on the Lyons scriptorium or the Belgian, Abbe
Liebaert, on the Corbie scriptorium. But although anything
on that scale cannot be attempted in this journal. I hope to
print a series of articles on as many scriptoriums as possible,
along with plates exhibiting the characteristic script of each.
What a boon it would be. could we learn particulars of — let
us say — each centre of Anglosaxon writing on the Continent,
so that we could distinguish at a glance the Insular script of
Fulda from, say, that of Wuerzburg, and could trace the Insular
elements in the Continental minuscule of each place where
English missionaries had once been! In the 1 magnum opus '
for which this journal tries to collect material, the great work
on Latin Palaeography (which decade of this century will see
its publication?), the chapter on Anglosaxon script cannot be
written till all these details have been collected.

The collection of them is not easy. We may know (from