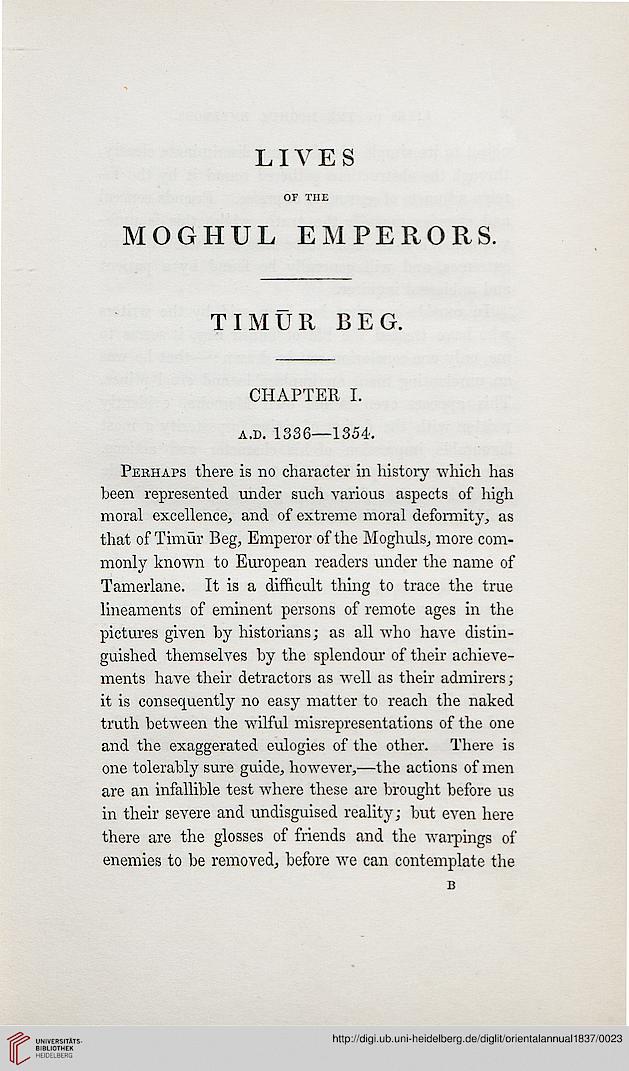 Perhaps there is no character in history which has
been represented under such various aspects of high
moral excellence, and of extreme moral deformity, as
that of Timur Beg, Emperor of the Moghuls, more com-
monly known to European readers under the name of
Tamerlane. It is a difficult thing to trace the true
lineaments of eminent persons of remote ages in the
pictures given by historians; as all who have distin-
guished themselves by the splendour of their achieve-
ments have their detractors as well as their admirers;
it is consequently no easy matter to reach the naked
truth between the wilful misrepresentations of the one
and the exaggerated eulogies of the other. There is
one tolerably sure guide, however,—the actions of men
are an infallible test where these are brought before us
in their severe and undisguised reality; but even here
there are the glosses of friends and the warpings of
enemies to be removed, before we can contemplate the