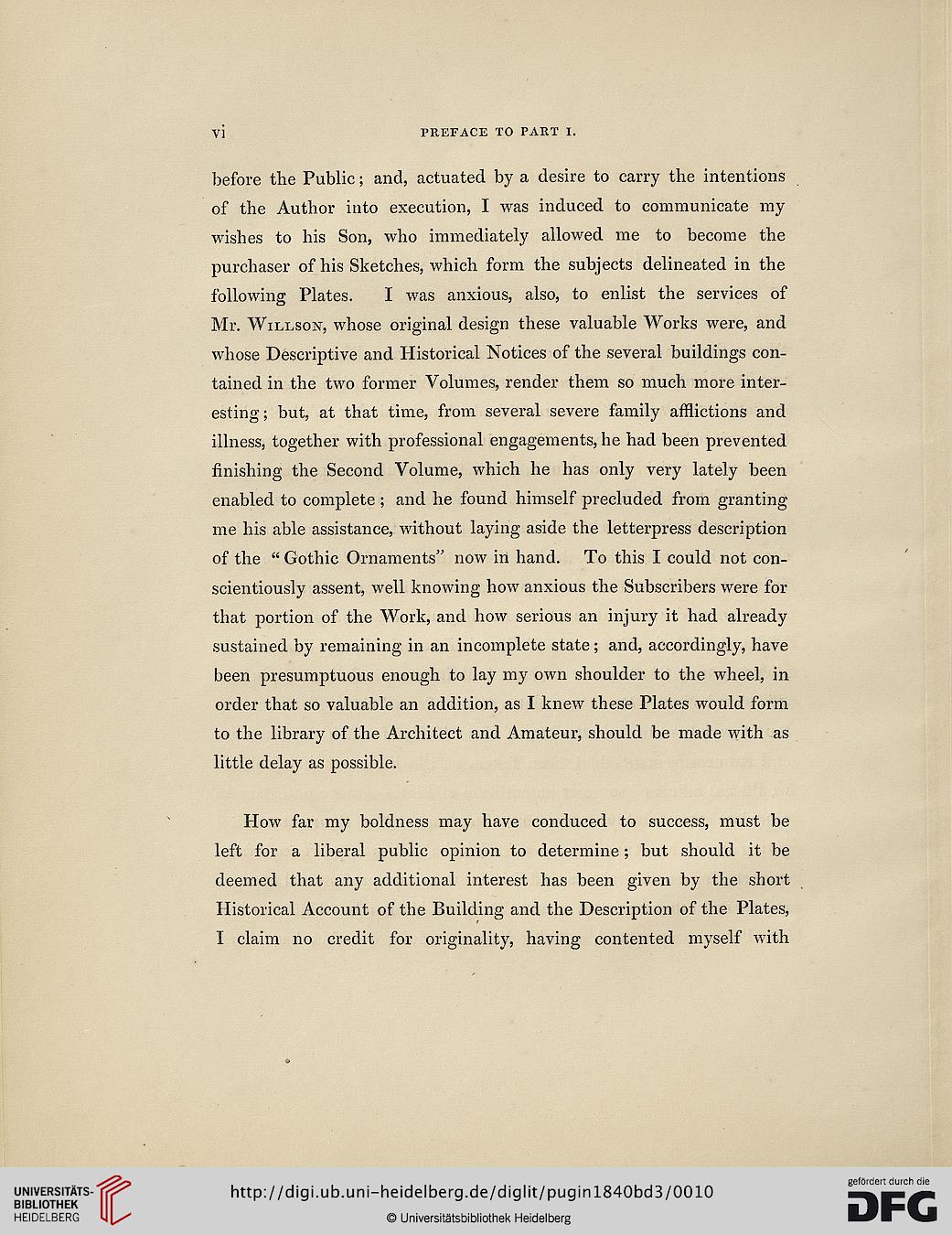 PREFACE TO PART I.

before the Public; and, actuated by a desire to carry the intentions
of the Author into execution, I was induced to communicate my
wishes to his Son, who immediately allowed me to become the
purchaser of his Sketches, which form the subjects delineated in the
following Plates. I was anxious, also, to enlist the services of
Mr. Willson, whose original design these valuable Works were, and
whose Descriptive and Historical Notices of the several buildings con-
tained in the two former Volumes, render them so much more inter-
esting; but, at that time, from several severe family afflictions and
illness, together with professional engagements, he had been prevented
finishing tlie Second Volume, which he has only very lately been
enabled to complete ; and he found himself precluded from granting
me his able assistance, without laying aside the letterpress description
of the “ Gothic Ornaments” now in hand. To this I could not con-
scientiously assent, well knowing how anxious the Subscribers were for
that portion of the Work, and how serious an injury it had already
sustained by remaining in an incomplete state; and, accordingly, have
been presumptuous enough to lay my own shoulder to the wheel, in
order that so valuable an addition, as I knew these Plates would form
to the library of the Architect and Amateur, should be made with as
little delay as possible.

How far my boldness may have conduced to success, must be
left for a liberal public opinion to determine; but should it be
deemed that any additional interest has been given by the short
Historical Account of the Building and the Description of the Plates,
I claim no credit for originality, having contented myself with