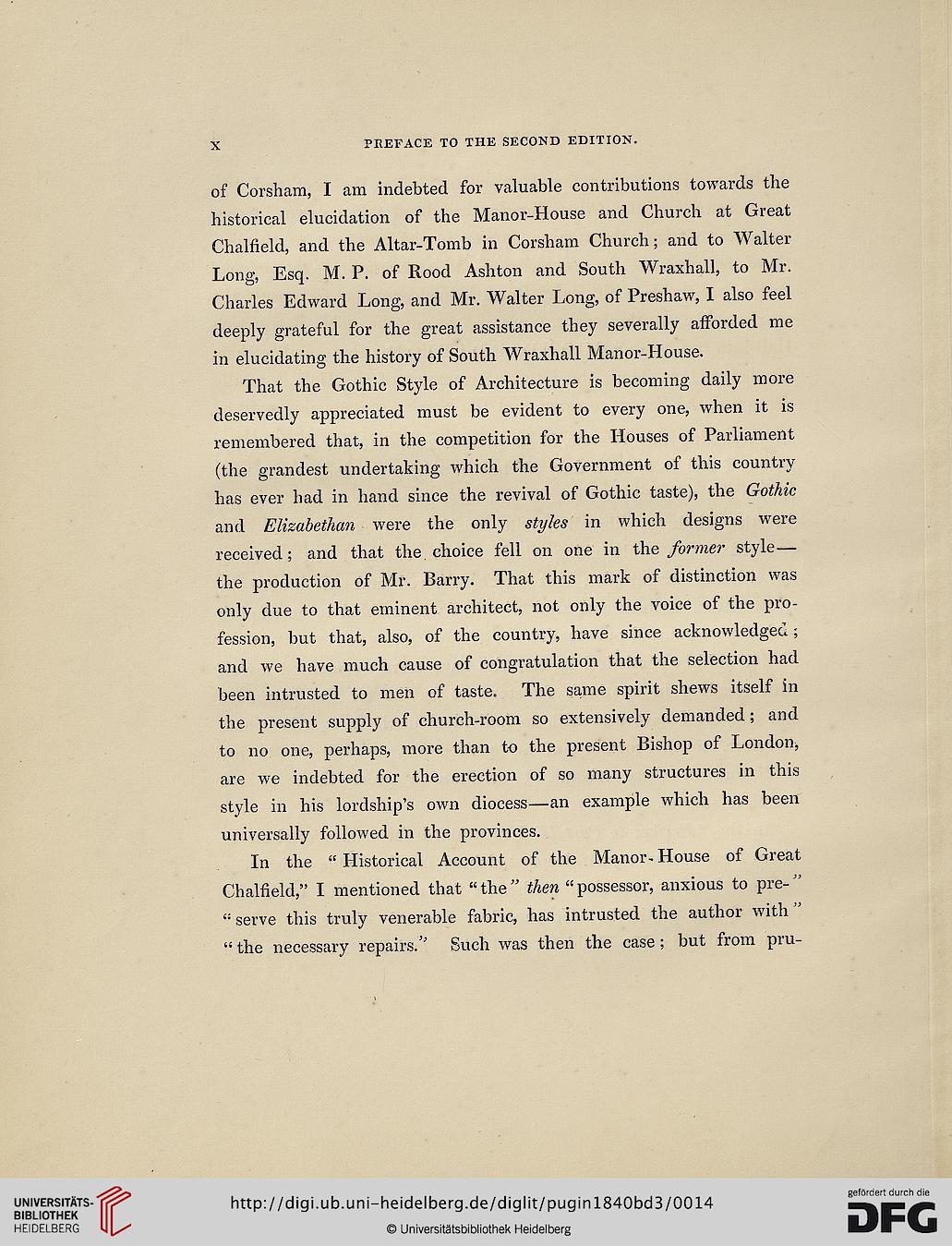 PREFACE TO THE SECOND EDITION.

of Corsham, I am indebted for valuable contributions towards the
historical elucidation of the Manor-House and Church at Great
Chalfield, and the Altar-Tomb in Corsham Church; and to Walter
Long, Esq. M. P. of Rood Ashton and South Wraxhall, to Mr.
Charles Edward Long, and Mr. Walter Long, of Preshaw, I also feel
deeply grateful for the great assistance they severally afforded me
in elucidating the history of South Wraxhall Manor-House.

That the Gothic Style of Architecture is becoming daily more
deservedly appreciated must be evident to every one, when it is
remembered that, in the competition for the Houses of Parliament
(the grandest undertaking which the Government of this country
has ever had in hand since the revival of Gothic taste), the Gothic
and Elizahethan were the only styles in which designs were
received; and that the choice fell on one in the former style—
the production of Mr. Barry. That this mark of distinction was
only due to that eminent architect, not only the voice of the pro-
fession, but that, also, of the country, have since acknowledgecl;
and we have much cause of congratulation that the selection had
been intrusted to men of taste, The same spirit shews itself in
the present supply of ehurch-room so extensively demanded; and
to no one, perhaps, more than to the present Bishop of London,
are we indebted for the erection of so many structures in this
style in his lordship’s own diocess—an example which has been
universally followed in the provinces.

In the “ Historical Account of the Manor- House of Great
Chalfield,” I mentioned that “ the ” then “ possessor, anxious to pre- ”
“ serve this truly venerable fabric, has intrusted the author with ”
“ the necessary repairs/' Such was then the case ; but from pru-