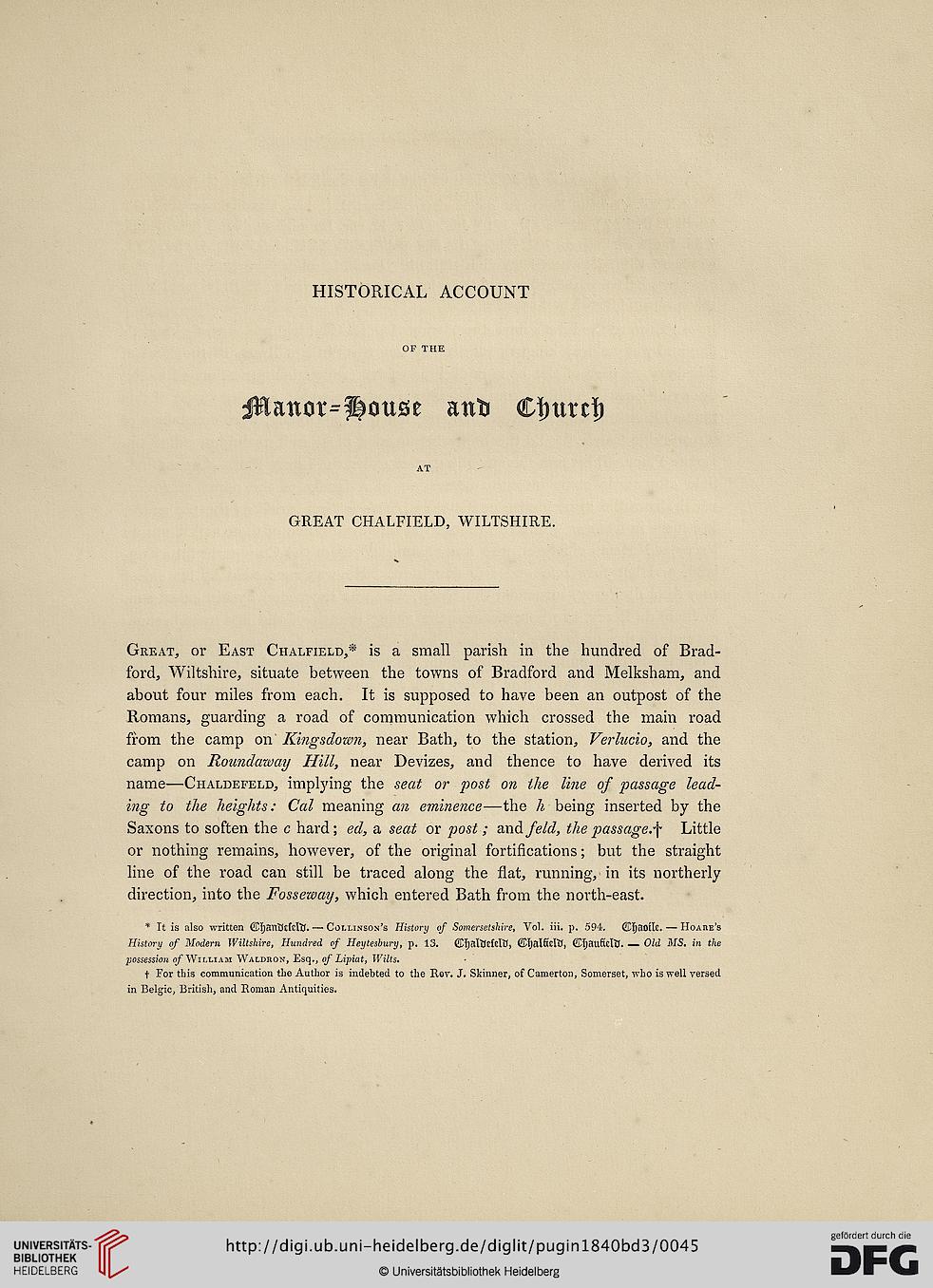 Great, or East Chalfield,* is a small parish in the hundred of Brad-
ford, Wiltshire, situate between the towns of Bradford and Melksham, and
about four miles from each. It is supposed to have been an outpost of the
Romans, guarding a road of communication which crossed the main road
from the camp on Kingsdown, near Bath, to the station, Verlncio, and the
camp on Roundaway Hill, near Devizes, and thence to have derived its
name—Chaldefeld, implying the seat or post on tlie line of passage lead-
ing to the heights: Cal meaning an eminence—the h being inserted by the
Saxons to soften the c hard; ed, a seat or post ; wndifeld, the passage.^ Little
or nothing remains, however, of the original fortifications; but the straight
line of the road can still be traced along the flat, running, in its northerly
direction, into the Fosseway, which entered Bath from the north-east.

t For this communication tlie Author is indehted to the Rer. J. Skinner, of Camerton, Somerset, who is well versed
in Belgic, British, and Roman Antiquities.