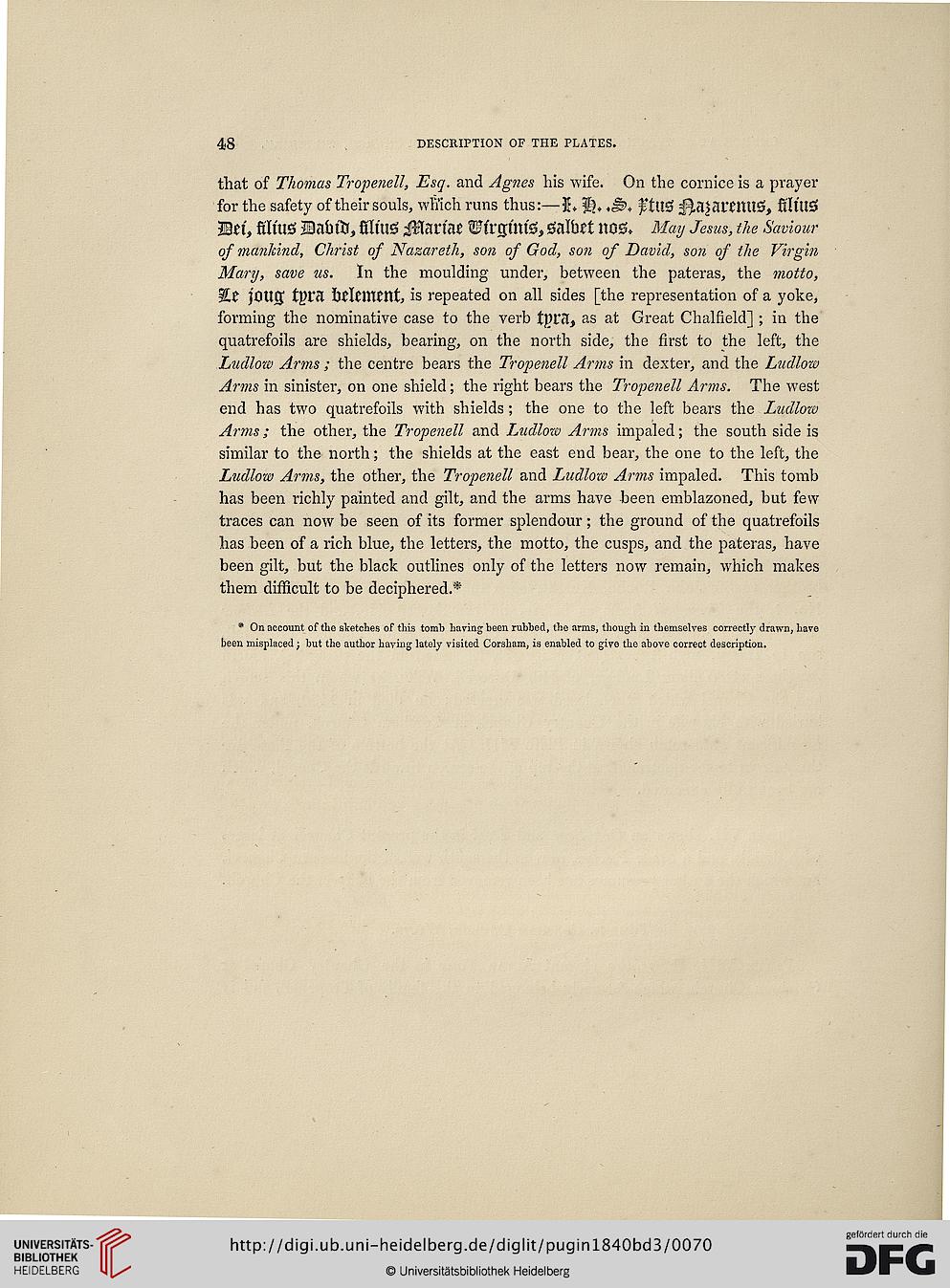 that of Thomcis Tropenell, Esq. and Agnes his wife. On the cornice is a prayer
for the safety of their souls, which runs thus:—ftttg ^a^cUtmtS, ffltUS
Mti, ffltus iabth, fflt'us jftarfa* Qftrgfntd* salbet no$. May Jesus, tke Saviour
of manhind, Christ of Nazareth, son of God, son of David, son of the Virgin
Mary, save ns. In the moulding under, between the pateras, the motto,
jmtCJ tpra brlCttUttt, is repeated on all sides [the representation of a yoke,
forming the nominative case to the verb tpra* as at Great Chalfield] ; in the
quatrefoils are shields, bearing, on the north side, the first to the left, the
Ludlow Arms ; the centre bears the Tropenell Arms in dexter, and the Ludlow
Arms in sinister, on one shield; the right bears the Tropenell Arms. The west
end has two quatrefoils wfith shields ; the one to the left bears the Ludlow
A? 'ms; the other, the Tropenell and Ludlow Arms impaled; the south side is
similar to the north; the shields at the east end bear, the one to the left, the
Ludlow Arms, the other, the Tropenell and Ludlow Arms impaled. This tomb
has been richly painted and gilt, and the arms have been emblazoned, but few
traces can now be seen of its former splendour; the ground of the quatrefoils
has been of a rich blue, the letters, the motto, the cusps, and the pateras, liave
been gilt, but the black outlines only of the letters now remain, which makes
them difficult to be deciphered.*

* Onaccount of the stetches of this tomh having heen rubhed, the arms, though in themselves correctly drawn, have
been misplaced; hut the author having lately visited Corsham, is enabled to give the above correct description.