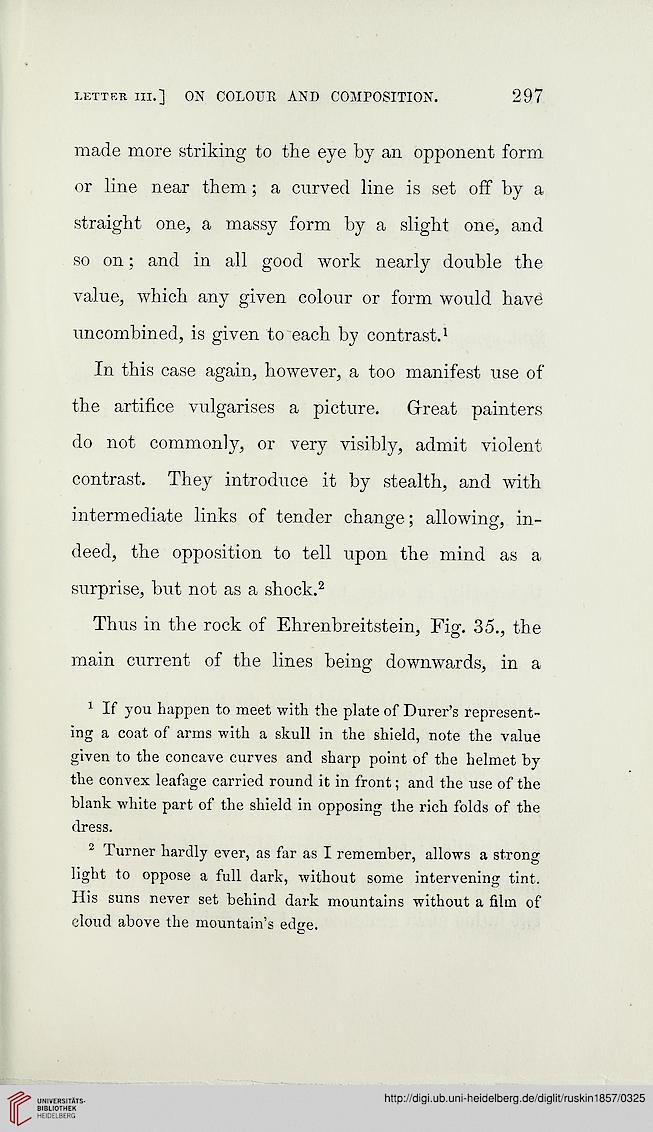 Scroll
OCR fulltext
Information about OCR text
letter in.] ON COLOUR AND COMPOSITION.

made more striking to the eye by an opponent form
or line near them; a curved line is set off by a
straight one, a massy form by a slight one, and
so on; and in all good work nearly double the
value, which any given colour or form would have
uncombined, is given to each by contrast.1

In this case again, however, a too manifest use of
the artifice vulgarises a picture. Great painters
do not commonly, or very visibly, admit violent
contrast. They introduce it by stealth, and with
intermediate links of tender change; allowing, in-
deed, the opposition to tell upon the mind
surprise, but not shock.2

Thus in the rock of Ehrenbreitstein, Fig. 35., the
main current of the lines being downwards, in a

1 If you happen to meet with the plate of Durer's represent-
ing a coat of arms with a skull in the shield, note the value
given to the concave curves and sharp point of the helmet by
the convex leafage carried round it in front; and the use of the
blank white part of the shield in opposing the rich folds of the
dress.

2 Turner hardly ever, as far as I remember, allows a strong
light to oppose a full dark, without some intervening tint.
His suns never set behind dark mountains without a film of
cloud above the mountain's edge.