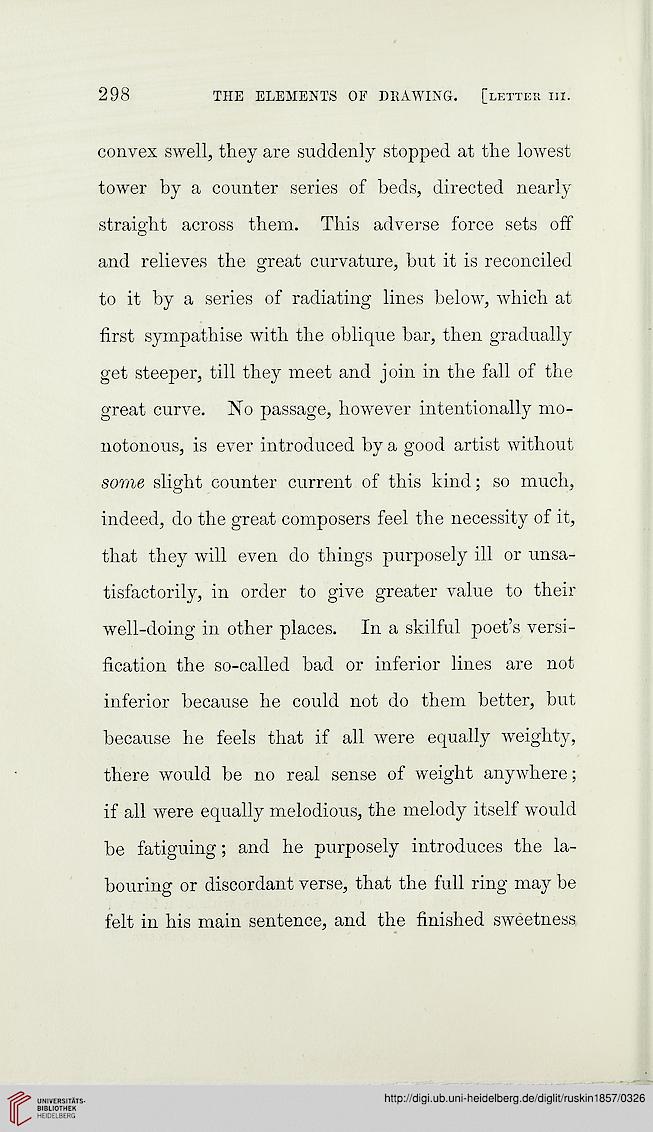 THE ELEMENTS OF DRAWING. [letter hi.

convex swell, they are suddenly stopped at the lowest
tower by a counter series of beds, directed nearly
straight across them. This adverse force sets off
and relieves the great curvature, but it is reconciled
to it by a series of radiating lines below, which at
first sympathise with the oblique bar, then gradually
get steeper, till they meet and join in the fall of the
great curve. No passage, however intentionally mo-
notonous, is ever introduced by a good artist without
some slight counter current of this kind; so much,
indeed, do the great composers feel the necessity of it,
that they will even do things purposely ill or unsa-
tisfactorily, in order to give greater value to their
well-doing in other places. In a skilful poet's versi-
fication the so-called bad or inferior lines are not
inferior because he could not do them better, but
because he feels that if all were equally weighty,
there would be no real sense of weight anywhere;
if all were equally melodious, the melody itself would
be fatiguing; and he purposely introduces the la-
bouring or discordant verse, that the full ring may be
felt in his main sentence, and the finished sweetness