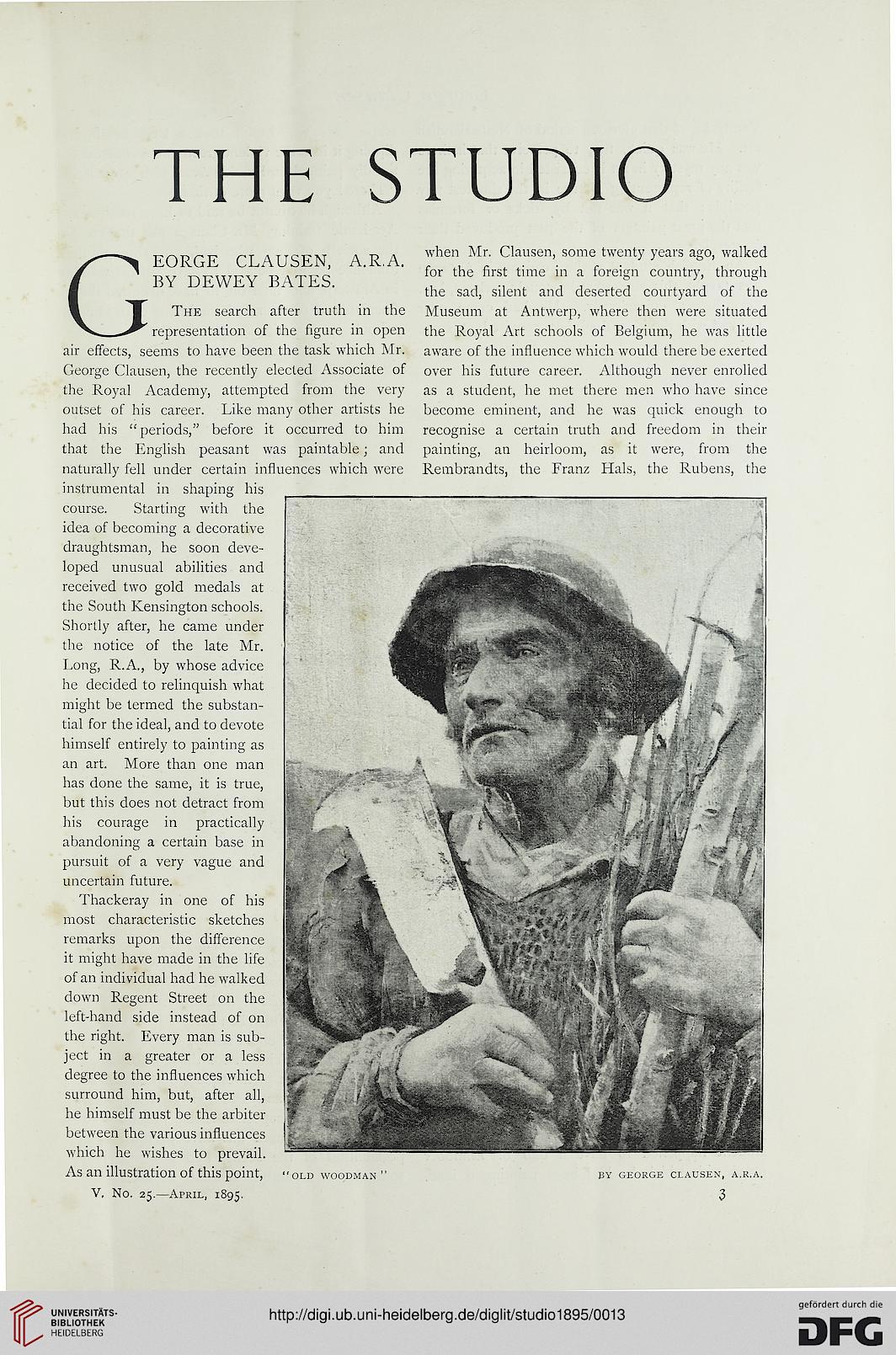 for the first time m a foreign country, through

B the sad, silent and deserted courtyard of the

m The search after truth in the Museum at Antwerp, where then were situated

representation of the figure in open the Royal Art schools of Belgium, he was little
air effects, seems to have been the task which Mr. aware of the influence which would there be exerted
George Clausen, the recently elected Associate of over his future career. Although never enrolled
the Royal Academy, attempted from the very as a student, he met there men who have since
outset of his career. Like many other artists he become eminent, and he was quick enough to
had his "periods," before it occurred to him recognise a certain truth and freedom in their
that the English peasant was paintable; and painting, an heirloom, as it were, from the
naturally fell under certain influences which were Rembrandts, the Franz Hals, the Rubens, the
instrumental in shaping his
course. Starting with the
idea of becoming a decorative
draughtsman, he soon deve-
loped unusual abilities and
received two gold medals at
the South Kensington schools.
Shortly after, he came under
the notice of the late Mr.
Long, R.A., by whose advice
he decided to relinquish what
might be termed the substan-
tial for the ideal, and to devote
himself entirely to painting as
an art. More than one man
has done the same, it is true,
but this does not detract from
his courage in practically
abandoning a certain base in
pursuit of a very vague and
uncertain future.

Thackeray in one of his
most characteristic sketches
remarks upon the difference
it might have made in the life
of an individual had he walked
down Regent Street on the
left-hand side instead of on
the right. Every man is sub-
ject in a greater or a less
degree to the influences which
surround him, but, after all,
he himself must be the arbiter
between the various influences
which he wishes to prevail.
As an illustration of this point, "old woodman" py george clausen, a.r.a.