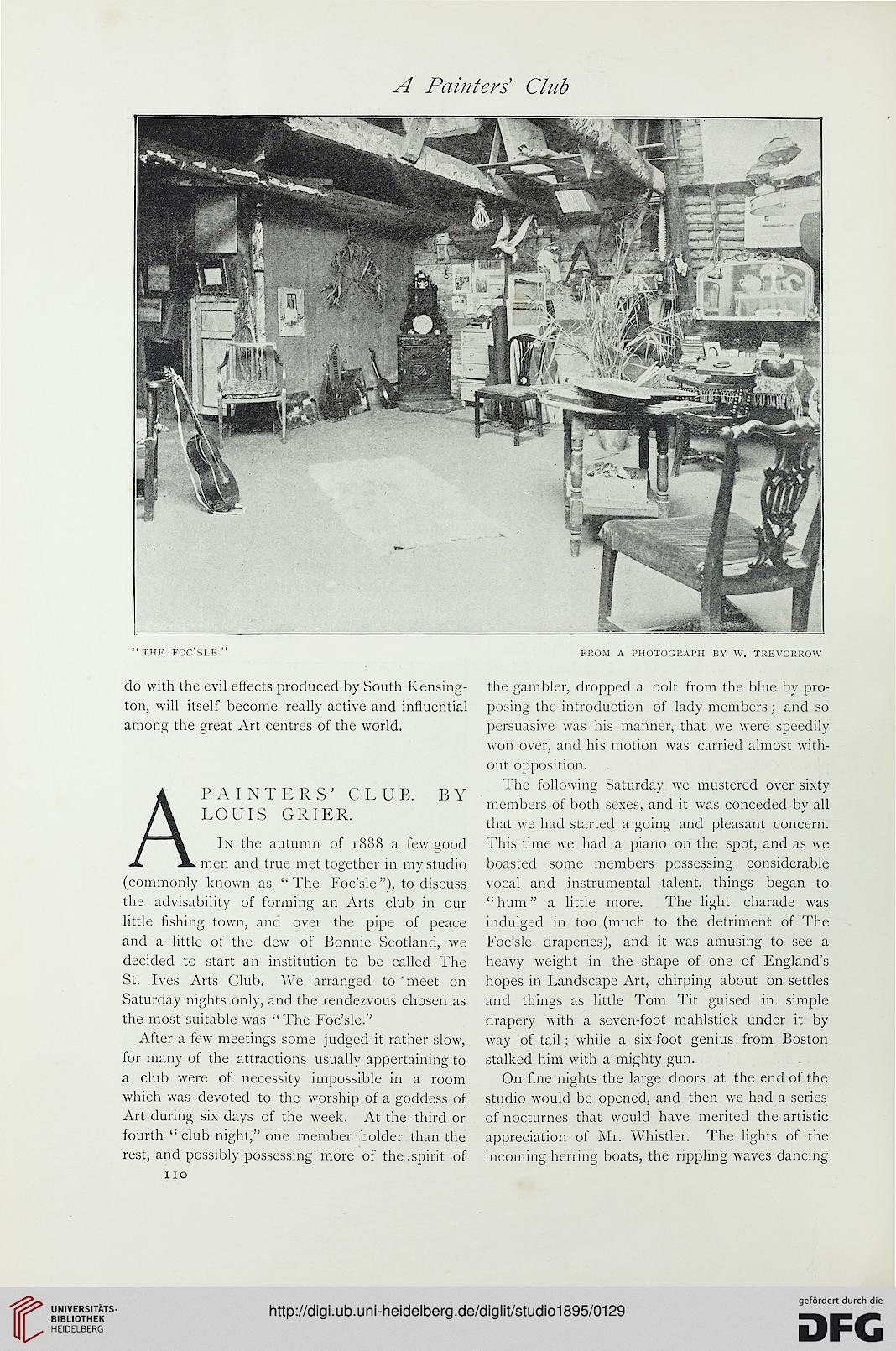 do with the evil effects produced by South Kensing-
ton, will itself become really active and influential
among the great Art centres of the world.

(commonly known as " The Foc'sle "), to discuss
the advisability of forming an Arts club in our
little fishing town, and over the pipe of peace
and a little of the dew of Bonnie Scotland, we
decided to start an institution to be called The
St. Ives Arts Club. We arranged to ' meet on
Saturday nights only, and the rendezvous chosen as
the most suitable was "The Foc'sle."

After a few meetings some judged it rather slow,
for many of the attractions usually appertaining to
a club were of necessity impossible in a room
which was devoted to the worship of a goddess of
Art during six days of the week. At the third or
fourth " club night," one member bolder than the
rest, and possibly possessing more of the.spirit of
no

the gambler, dropped a bolt from the blue by pro-
posing the introduction of lady members; and so
persuasive was his manner, that we were speedily
won over, and his motion was carried almost with-
out opposition.

The following Saturday we mustered over sixty
members of both sexes, and it was conceded by all
that we had started a going and pleasant concern.
This time we had a piano on the spot, and as we
boasted some members possessing considerable
vocal and instrumental talent, things began to
" hum" a little more. The light charade was
indulged in too (much to the detriment of The
Foc'sle draperies), and it was amusing to see a
heavy weight in the shape of one of England's
hopes in Landscape Art, chirping about on settles
and things as little Tom Tit guised in simple
drapery with a seven-foot mahlstick under it by
way of tail; while a six-foot genius from Boston
stalked him with a mighty gun.

On fine nights the large doors at the end of the
studio would be opened, and then we had a series
of nocturnes that would have merited the artistic
appreciation of Mr. Whistler. The lights of the
incoming herring boats, the rippling waves dancing