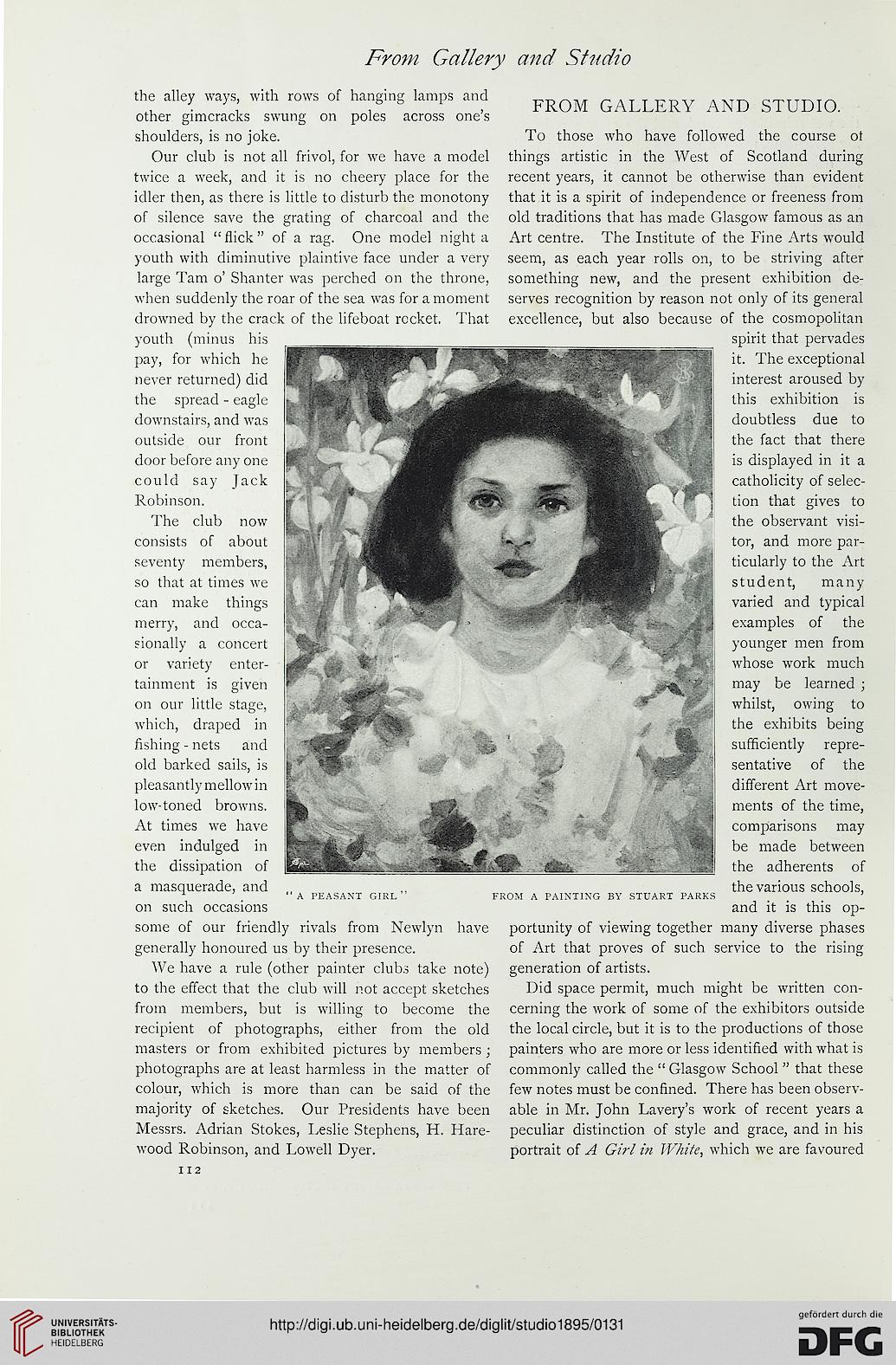 Information about OCR text
From Gallery and Studio

FROM GALLERY AND STUDIO.

the alley ways, with rows of hanging lamps and
other gimcracks swung on poles across one's
shoulders, is no joke. To those who have followed the course ot

Our club is not all frivol, for we have a model things artistic in the West of Scotland during

twice a week, and it is no cheery place for the recent years, it cannot be otherwise than evident

idler then, as there is little to disturb the monotony that it is a spirit of independence or freeness from

occasional " flick " of a rag. One model night a Art centre. The Institute of the Fine Arts would

youth with diminutive plaintive face under a very seem, as each year rolls on, to be striving after

large Tarn o' Shanter was perched on the throne, something new, and the present exhibition de-

drowned by the crack of the lifeboat rccket. That excellence, but also because of the cosmopolitan

sionaily a concert ' ?' younger men from

on our little stage, ^^jjjjt • whilst, owing to

a masquerade, and ,, the various schools,

on such occasions and it is this op-
some of our friendly rivals from Newlyn have portunity of viewing together many diverse phases
generally honoured us by their presence. of Art that proves of such service to the rising

We have a rule (other painter clubs take note) generation of artists,
to the effect that the club will not accept sketches Did space permit, much might be written con-

from members, but is willing to become the cerning the work of some of the exhibitors outside

recipient of photographs, either from the old the local circle, but it is to the productions of those

masters or from exhibited pictures by members; painters who are more or less identified with what is

colour, which is more than can be said of the few notes must be confined. There has been observ-

majority of sketches. Our Presidents have been able in Mr. John Lavery's work of recent years a

Messrs. Adrian Stokes, Leslie Stephens, H. Hare- peculiar distinction of style and grace, and in his

wood Robinson, and Lowell Dyer. portrait of A Girl in White, which we are favoured