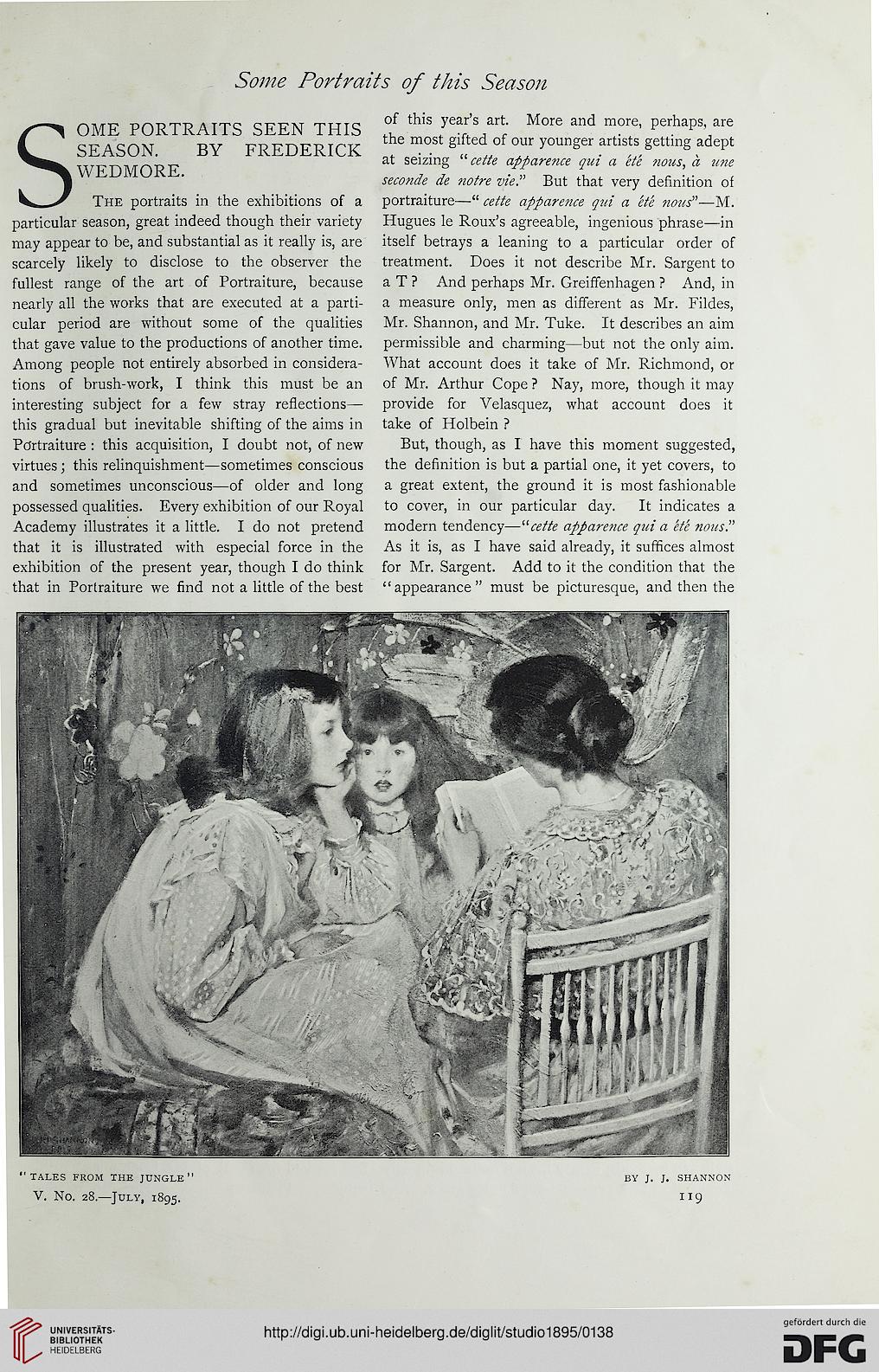 Information about OCR text
Some Portraits of this Season

seconde de notre vie." But that very definition of

The portraits in the exhibitions of a portraiture—" cette appare?ice qui a ete nous"—M.

may appear to be, and substantial as it really is, are itself betrays a leaning to a particular order of

scarcely likely to disclose to the observer the treatment. Does it not describe Mr. Sargent to

fullest range of the art of Portraiture, because a T ? And perhaps Mr. Greiffenhagen ? And, in

nearly all the works that are executed at a parti- a measure only, men as different as Mr. Fildes,

cular period are without some of the qualities Mr. Shannon, and Mr. Tuke. It describes an aim

that gave value to the productions of another time, permissible and charming—but not the only aim.

Among people not entirely absorbed in considera- What account does it take of Mr. Richmond, or

tions of brush-work, I think this must be an of Mr. Arthur Cope ? Nay, more, though it may

interesting subject for a few stray reflections— provide for Velasquez, what account does it

this gradual but inevitable shifting of the aims in take of Holbein ?

Portraiture : this acquisition, I doubt not, of new But, though, as I have this moment suggested,

virtues; this relinquishment—sometimes conscious the definition is but a partial one, it yet covers, to

and sometimes unconscious—of older and long a great extent, the ground it is most fashionable

possessed qualities. Every exhibition of our Royal to cover, in our particular day. It indicates a

Academy illustrates it a little. I do not pretend modern tendency—"'cette apparence qui a ete nous"

that it is illustrated with especial force in the As it is, as I have said already, it suffices almost

exhibition of the present year, though I do think for Mr. Sargent. Add to it the condition that the

that in Portraiture we find not a little of the best "appearance" must be picturesque, and then the

tales from the jungle" by j. j. shannon