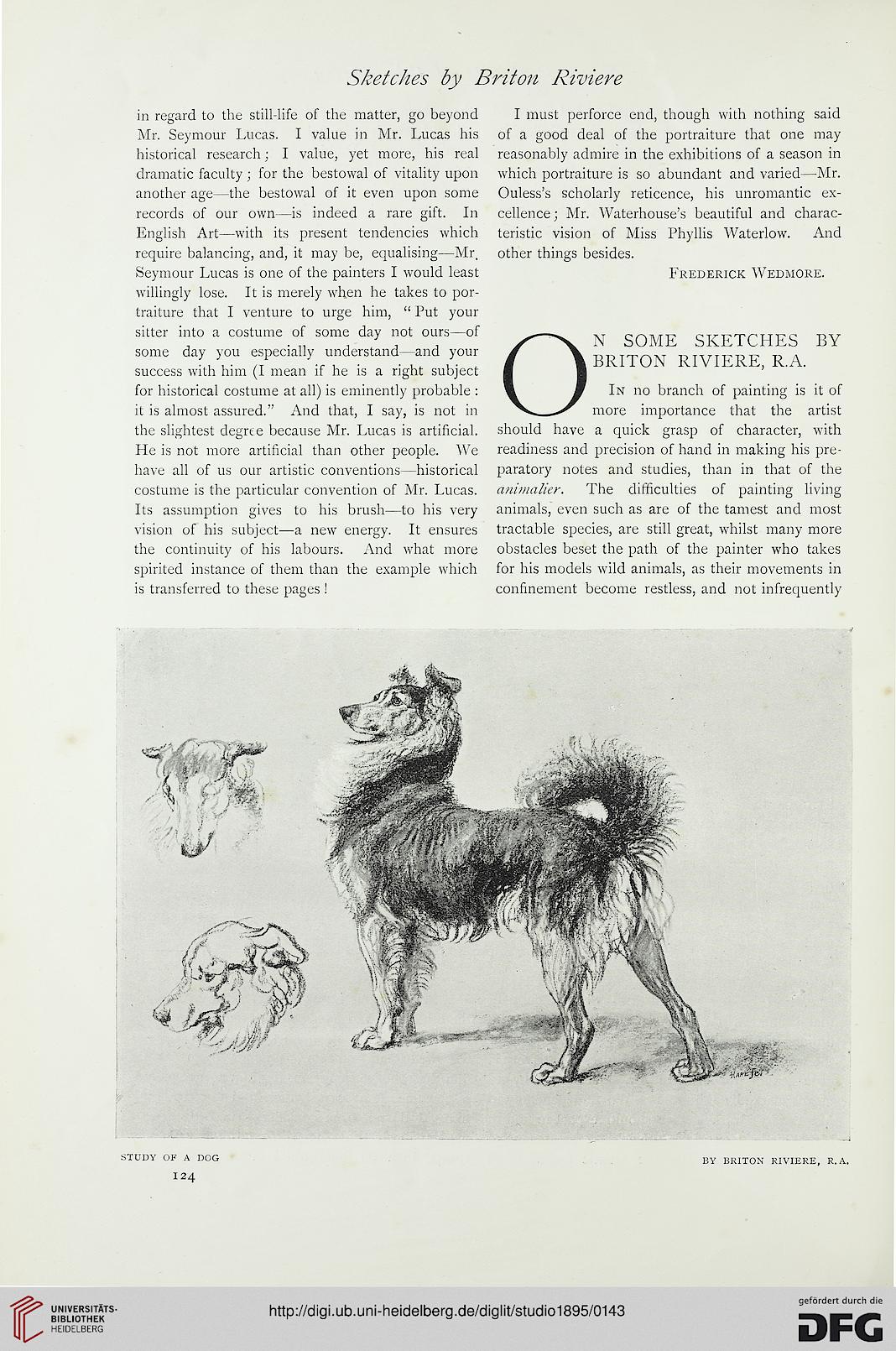 in regard to the still-life of the matter, go beyond
Mr. Seymour Lucas. I value in Mr. Lucas his
historical research; I value, yet more, his real
dramatic faculty ; for the bestowal of vitality upon
another age—the bestowal of it even upon some
records of our own—is indeed a rare gift. In
English Art—with its present tendencies which
require balancing, and, it may be, equalising—Mr.
Seymour Lucas is one of the painters I would least
willingly lose. It is merely when he takes to por-
traiture that I venture to urge him, " Put your
sitter into a costume of some day not ours—of
some day you especially understand—and your
success with him (I mean if he is a right subject
for historical costume at all) is eminently probable :
it is almost assured." And that, I say, is not in
the slightest degree because Mr. Lucas is artificial.
He is not more artificial than other people. We
have all of us our artistic conventions—historical
costume is the particular convention of Mr. Lucas.
Its assumption gives to his brush—to his very
vision of his subject—a new energy. It ensures
the continuity of his labours. And what more
spirited instance of them than the example which
is transferred to these pages !

I must perforce end, though with nothing said
of a good deal of the portraiture that one may
reasonably admire in the exhibitions of a season in
which portraiture is so abundant and varied—Mr.
Ouless's scholarly reticence, his unromantic ex-
cellence; Mr. Waterhouse's beautiful and charac-
teristic vision of Miss Phyllis Waterlow. And
other things besides.

should have a quick grasp of character, with
readiness and precision of hand in making his pre-
paratory notes and studies, than in that of the
animalier. The difficulties of painting living
animals, even such as are of the tamest and most
tractable species, are still great, whilst many more
obstacles beset the path of the painter who takes
for his models wild animals, as their movements in
confinement become restless, and not infrequently