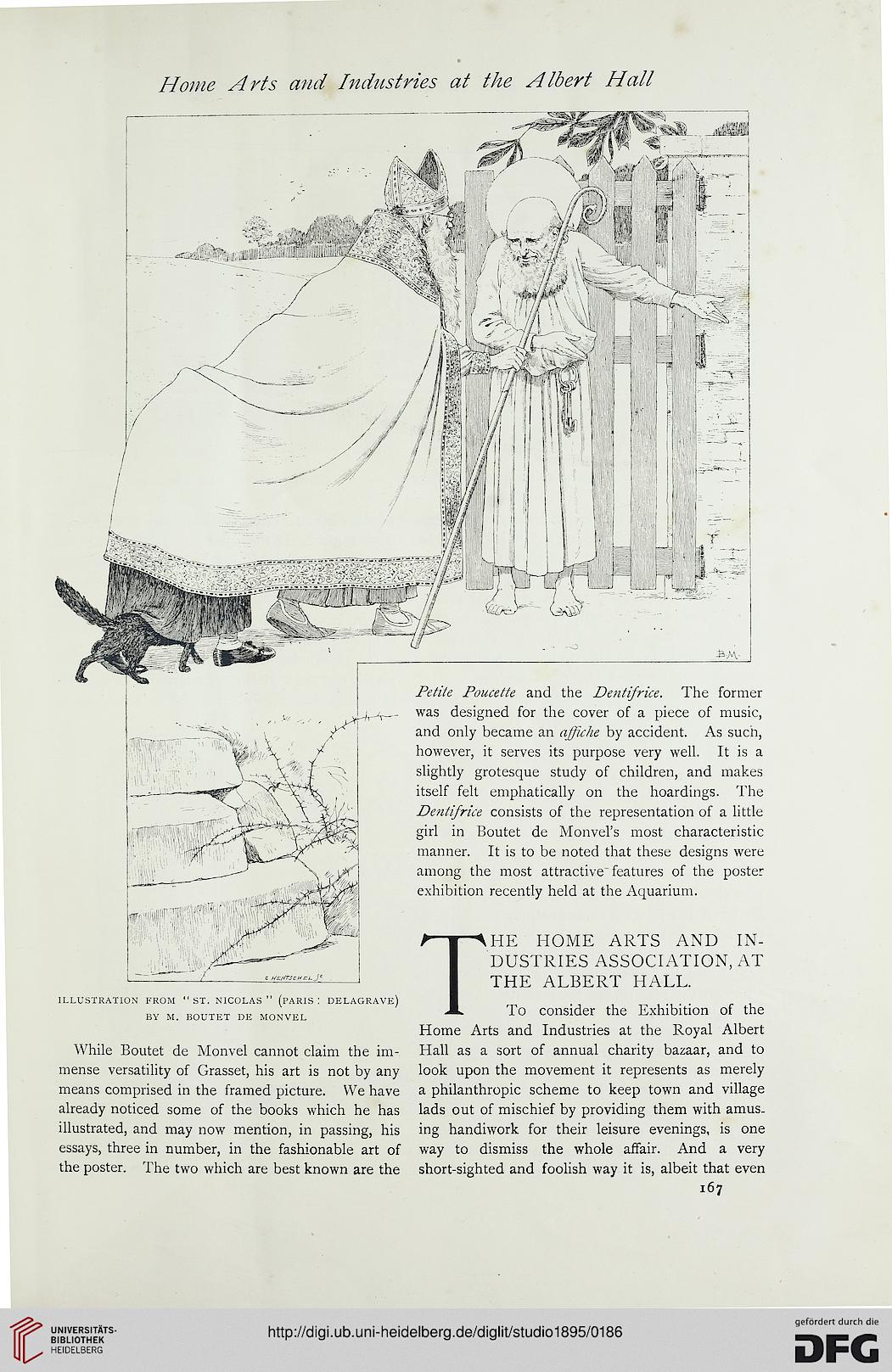 Petite Poucette and the Dentifrice. The former
was designed for the cover of a piece of music,
and only became an affiche by accident. As such,
however, it serves its purpose very well. It is a
slightly grotesque study of children, and makes
itself felt emphatically on the hoardings. The
Dentifrice consists of the representation of a little
girl in Boutet de Monvel's most characteristic
manner. It is to be noted that these designs were
among the most attractive features of the poster
exhibition recently held at the Aquarium.

HE HOME ARTS AND IN-
DUSTRIES ASSOCIATION, AT
THE ALBERT HALL.

To consider the Exhibition of the
Home Arts and Industries at the Royal Albert
While Boutet de Monvel cannot claim the im- Hall as a sort of annual charity bazaar, and to
mense versatility of Grasset, his art is not by any look upon the movement it represents as merely
means comprised in the framed picture. We have a philanthropic scheme to keep town and village
already noticed some of the books which he has lads out of mischief by providing them with amus.
illustrated, and may now mention, in passing, his ing handiwork for their leisure evenings, is one
essays, three in number, in the fashionable art of way to dismiss the whole affair. And a very
the poster. The two which are best known are the short-sighted and foolish way it is, albeit that even