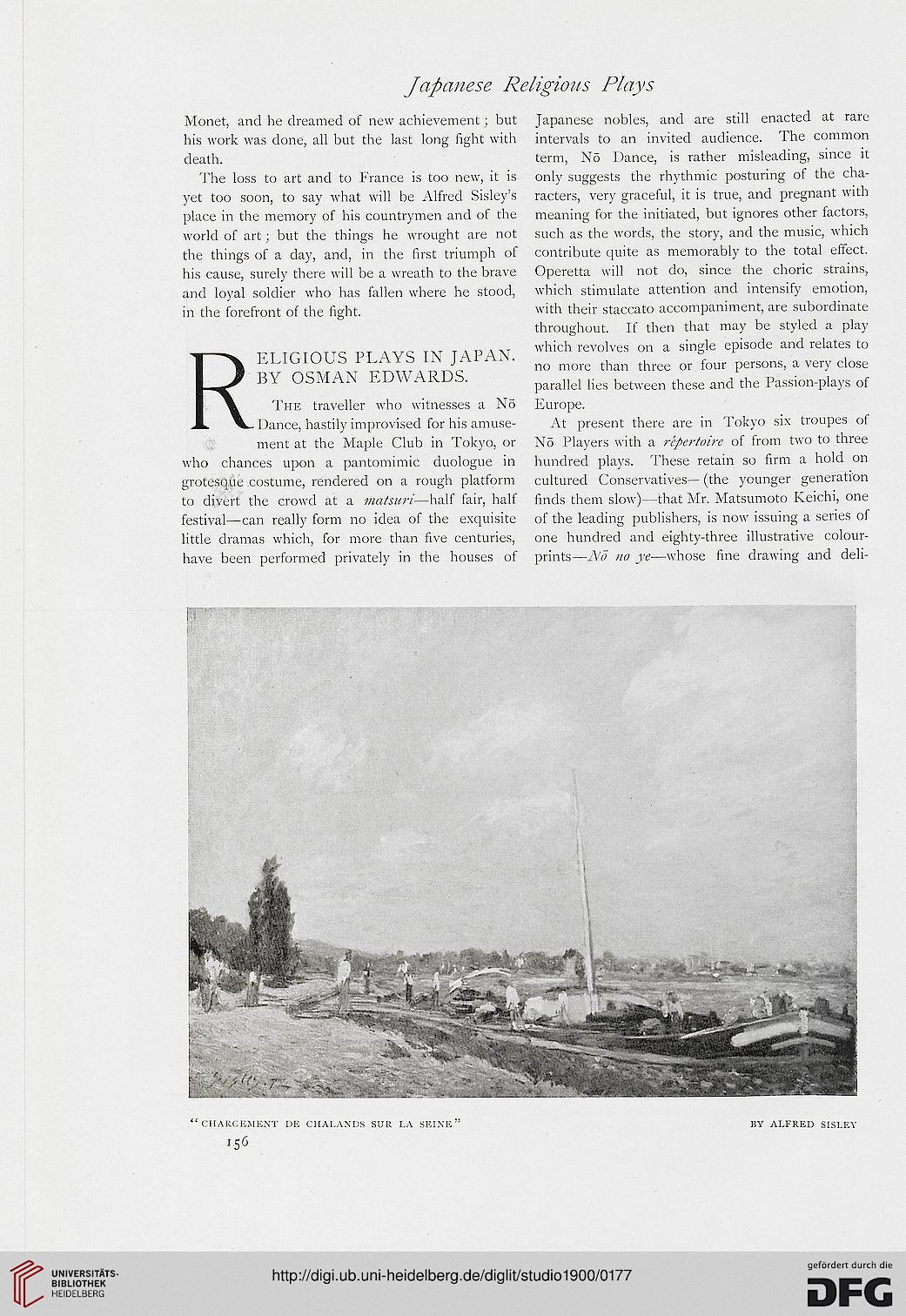 Monet, and he dreamed of new achievement; but
his work was done, all but the last long fight with
death.

The loss to art and to France is too new, it is
yet too soon, to say what will be Alfred Sisley's
place in the memory of his countrymen and of the
world of art; but the things he wrought are not
the things of a day, and, in the first triumph of
his cause, surely there will be a wreath to the brave
and loyal soldier who has fallen where he stood,
in the forefront of the fight.

The traveller who witnesses a No
Dance, hastily improvised for his amuse-

ment at the Maple Club in Tokyo, or
who chances upon a pantomimic duologue in
grotesque costume, rendered on a rough platform
to divert the crowd at a matsuri—half fair, half
festival—can really form no idea of the exquisite
little dramas which, for more than five centuries,
have been performed privately in the houses of

Japanese nobles, and are still enacted at rare
intervals to an invited audience. The common
term, No Dance, is rather misleading, since it
only suggests the rhythmic posturing of the cha-
racters, very graceful, it is true, and pregnant with
meaning for the initiated, but ignores other factors,
such as the words, the story, and the music, which
contribute quite as memorably to the total effect.
Operetta will not do, since the choric strains,
which stimulate attention and intensify emotion,
with their staccato accompaniment, are subordinate
throughout. If then that may be styled a play
which revolves on a single episode and relates to
no more than three or four persons, a very close
parallel lies between these and the Passion-plays of
Europe.

At present there are in Tokyo six troupes of
No Players with a repertoire of from two to three
hundred plays. These retain so firm a hold on
cultured Conservatives— (the younger generation
finds them slow)—that Mr. Matsumoto Keichi, one
of the leading publishers, is now issuing a series of
one hundred and eighty-three illustrative colour-
prints—JVo no ye—whose fine drawing and deli-