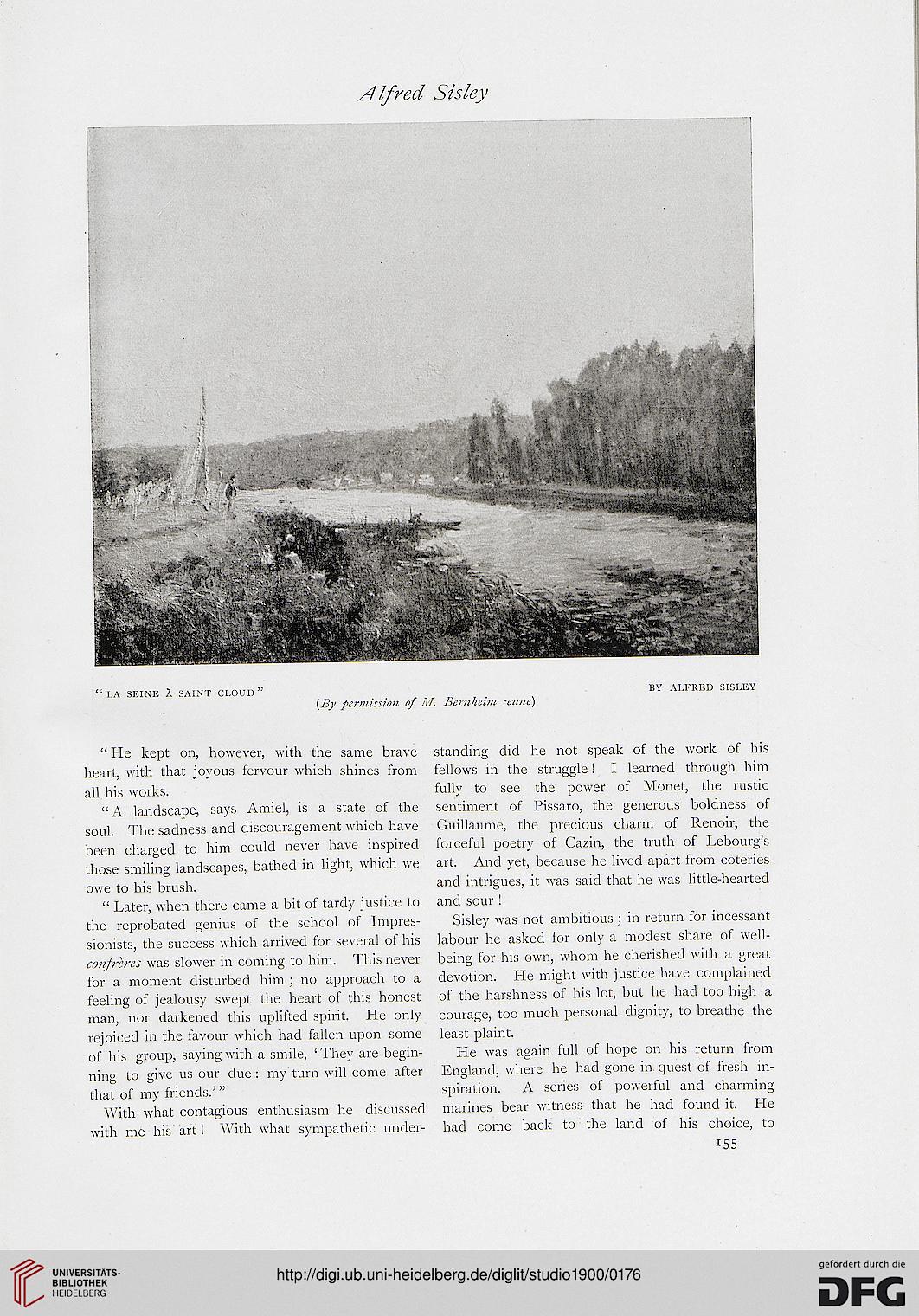 "He kept on, however, with the same brave standing did he not speak of the work of his

heart, with that joyous fervour which shines from fellows in the struggle ! I learned through him

all his works. fully to see the power of Monet, the rustic

"A landscape, says Amiel, is a state of the sentiment of Pissaro, the generous boldness of

soul. The sadness and discouragement which have Guillaume, the precious charm of Renoir, the

been charged to him could never have inspired forceful poetry of Cazin, the truth of Lebourg's

those smiling landscapes, bathed in light, which we art. And yet, because he lived apart from coteries

owe to his brush. and intrigues, it was said that he was little-hearted

" Later, when there came a bit of tardy justice to and sour !

the reprobated genius of the school of Impres- Sisley was not ambitious ; in return for incessant

sionists, the success which arrived for several of his labour he asked for only a modest share of well-

confrcres was slower in coming to him. This never being for his own, whom he cherished with a great

for a moment disturbed him ; no approach to a devotion. He might with justice have complained

feeling of jealousy swept the heart of this honest of the harshness of his lot, but he had too high a

man, nor darkened this uplifted spirit. He only courage, too much personal dignity, to breathe the

rejoiced in the favour which had fallen upon some least plaint.

of his group, saying with a smile, 'They are begin- He was again full of hope on his return from

ning to give us our due : my turn will come after England, where he had gone in. quest of fresh in-

that of my friends.'" spiration. A series of powerful and charming

With what contagious enthusiasm he discussed marines bear witness that he had found it. He

with me his art! With what sympathetic under- had come back to the land of his choice, to