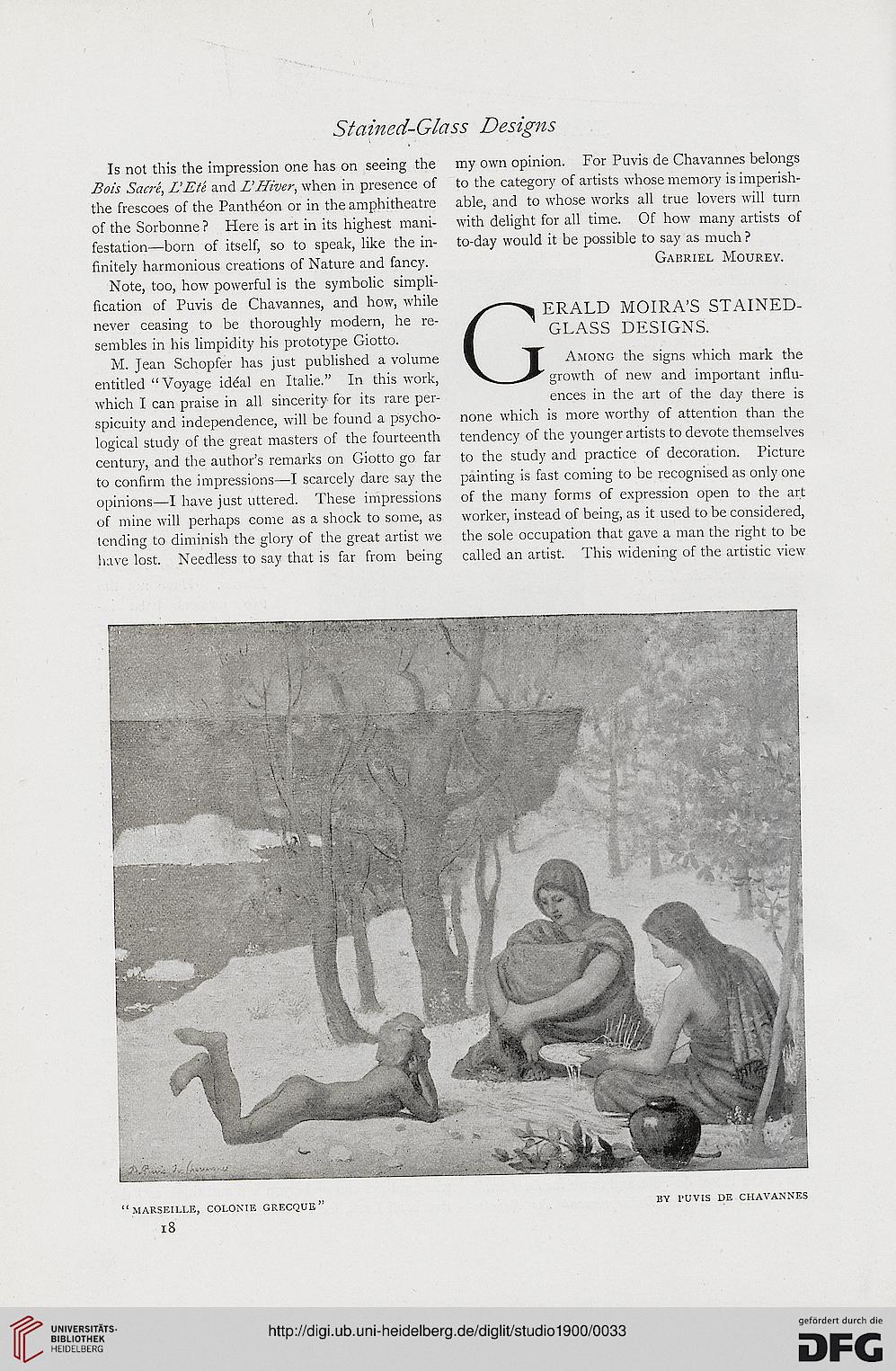 Is not this the impression one has on seeing the
Bois Sacre, L'Etc and HHiver, when in presence of
the frescoes of the Pantheon or in the amphitheatre
of the Sorbonne ? Here is art in its highest mani-
festation—born of itself, so to speak, like the in-
finitely harmonious creations of Nature and fancy.

Note, too, how powerful is the symbolic simpli-
fication of Puvis de Chavannes, and how, while
never ceasing to be thoroughly modern, he re-
sembles in his limpidity his prototype Giotto.

M. Jean Schopfer has just published a volume
entitled "Voyage ideal en Italic" In this work,
which I can praise in all sincerity for its rare per-
spicuity and independence, will be found a psycho-
logical study of the great masters of the fourteenth
century, and the author's remarks on Giotto go far
to confirm the impressions—I scarcely dare say the
opinions—I have just uttered. These impressions
of mine will perhaps come as a shock to some, as
tending to diminish the glory of the great artist we
have lost. Needless to say that is far from being

my own opinion. For Puvis de Chavannes belongs
to the category of artists whose memory is imperish-
able, and to whose works all true lovers will turn
with delight for all time. Of how many artists of
to-day would it be possible to say as much ?

ences in the art of the day there is
none which is more worthy of attention than the
tendency of the younger artists to devote themselves
to the study and practice of decoration. Picture
painting is fast coming to be recognised as only one
of the many forms of expression open to the art
worker, instead of being, as it used to be considered,
the sole occupation that gave a man the right to be
called an artist. This widening of the artistic view