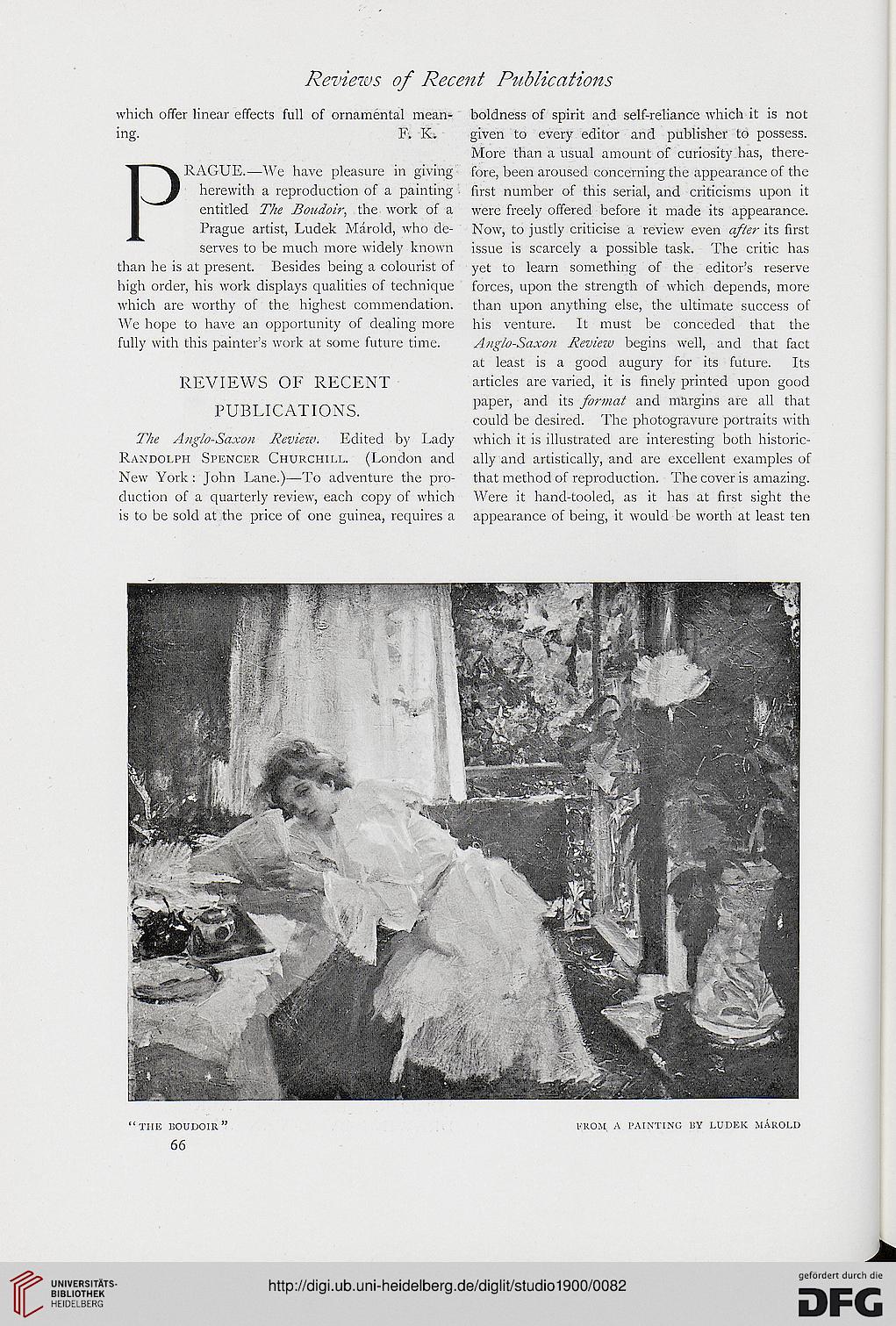 PRAGUE.—We have pleasure in giving
herewith a reproduction of a painting
entitled The Boudoir, the work of a
Prague artist, Ludek Marold, who de-
serves to be much more widely known
than he is at present. Besides being a colourist of
high order, his work displays qualities of technique
which are worthy of the. highest commendation.
We hope to have an opportunity of dealing more
fully with this painter's work at some future time.

The Anglo-Saxon Review. Edited by Lady
Randolph Spencer Churchill. (London and
New York : John Lane.)—To adventure the pro-
duction of a quarterly review, each copy of which
is to be sold at the price of one guinea, requires a

boldness of spirit and self-reliance which it is not
given to every editor and publisher to possess.
More than a usual amount of curiosity has, there-
fore, been aroused concerning the appearance of the
first number of this serial, and criticisms upon it
were freely offered before it made its appearance.
Now, to justly criticise a review even after its first
issue is scarcely a possible task. The critic has
yet to learn something of the editor's reserve
forces, upon the strength of which depends, more
than upon anything else, the ultimate success of
his venture. It must be conceded that the
Anglo-Saxon Review begins well, and that fact
at least is a good augury for its future. Its
articles are varied, it is finely printed upon good
paper, and its format and margins are all that
could be desired. The photogravure portraits with
which it is illustrated are interesting both historic-
ally and artistically, and are excellent examples of
that method of reproduction. The cover is amazing.
Were it hand-tooled, as it has at first sight the
appearance of being, it would be worth at least ten