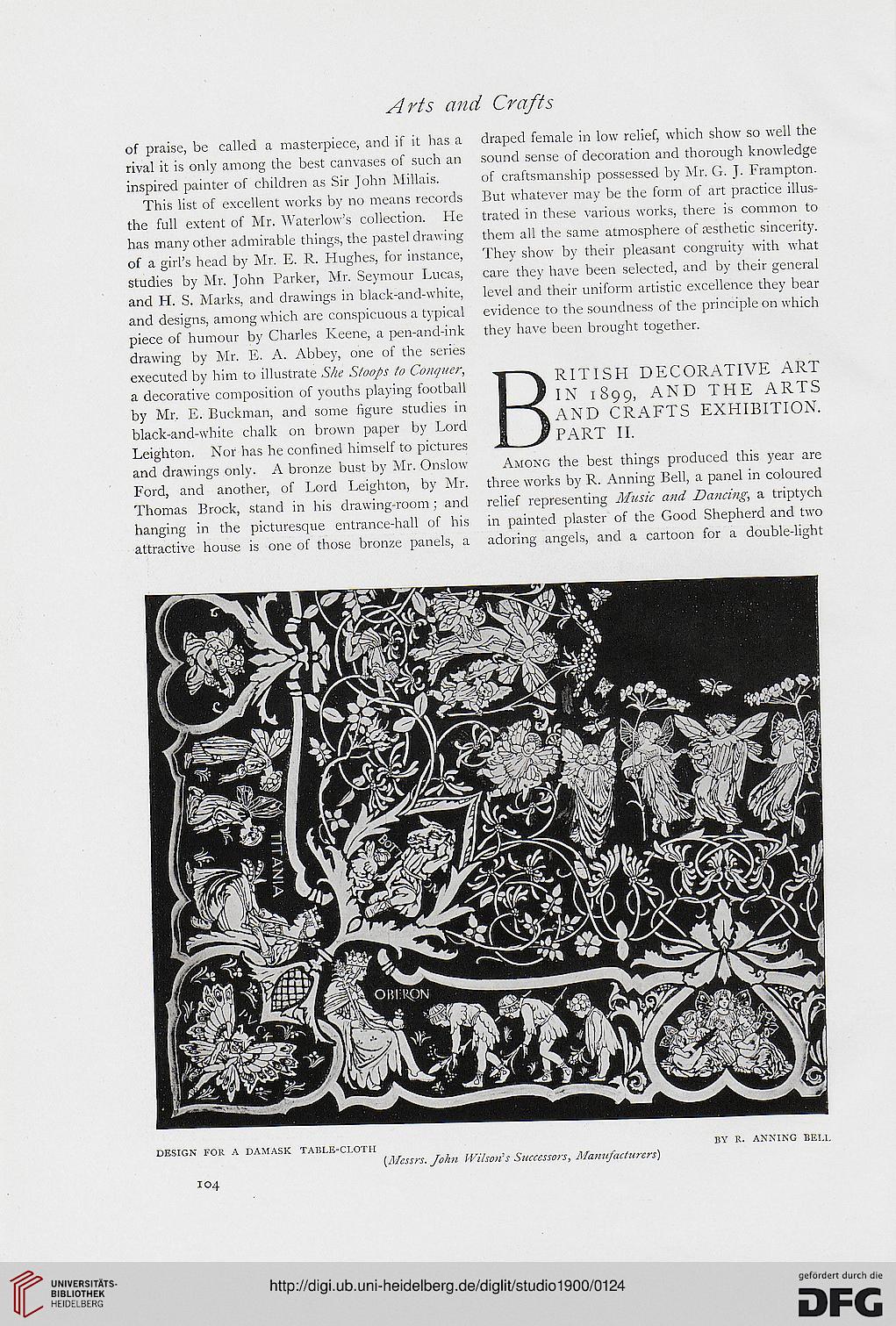 of praise, be called a masterpiece, and if it has a draped female in low relief, which show so well the

the full extent of Mr. Waterlow's collection. He trated in these various works, there is common to

has many other admirable things, the pastel drawing them all the same atmosphere of aesthetic sincerity,

of a girl's head by Mr. E. R. Hughes, for instance, They show by their pleasant congruity with what

studies by Mr. John Parker, Mr. Seymour Lucas, care they have been selected, and by their general

and H. S. Marks, and drawings in black-and-white, level and their uniform artistic excellence they bear

and designs, among which are conspicuous a typical evidence to the soundness of the principle on which

piece of humour by Charles Keene, a pen-and-ink they have been brought together,
drawing by Mr. E. A. Abbey, one of the series

executed by him to illustrate She Stoops to Conquer, RITISH DECORATIVE ART

by Mr. E. Buckman, and some figure studies in |~^v a\tE) CRAFTS EXHIBITION

black-and-white chalk on brown paper by Lord
Leighton. Nor has he confined himself to pictures

and drawings only. A bronze bust by Mr. Onslow Among the best things produced this year are

Ford, and another, of Lord Leighton, by Mr. three works by R. Anning Bell, a panel in coloured

Thomas Brock, stand in his drawing-room; and relief representing Music and Dancing, a triptych

attractive house is one of those bronze panels, a adoring angels, and a cartoon for a double-light

DESIGN FOR A DAMASK TABLE-CLOTH BY R. ANNING BELL