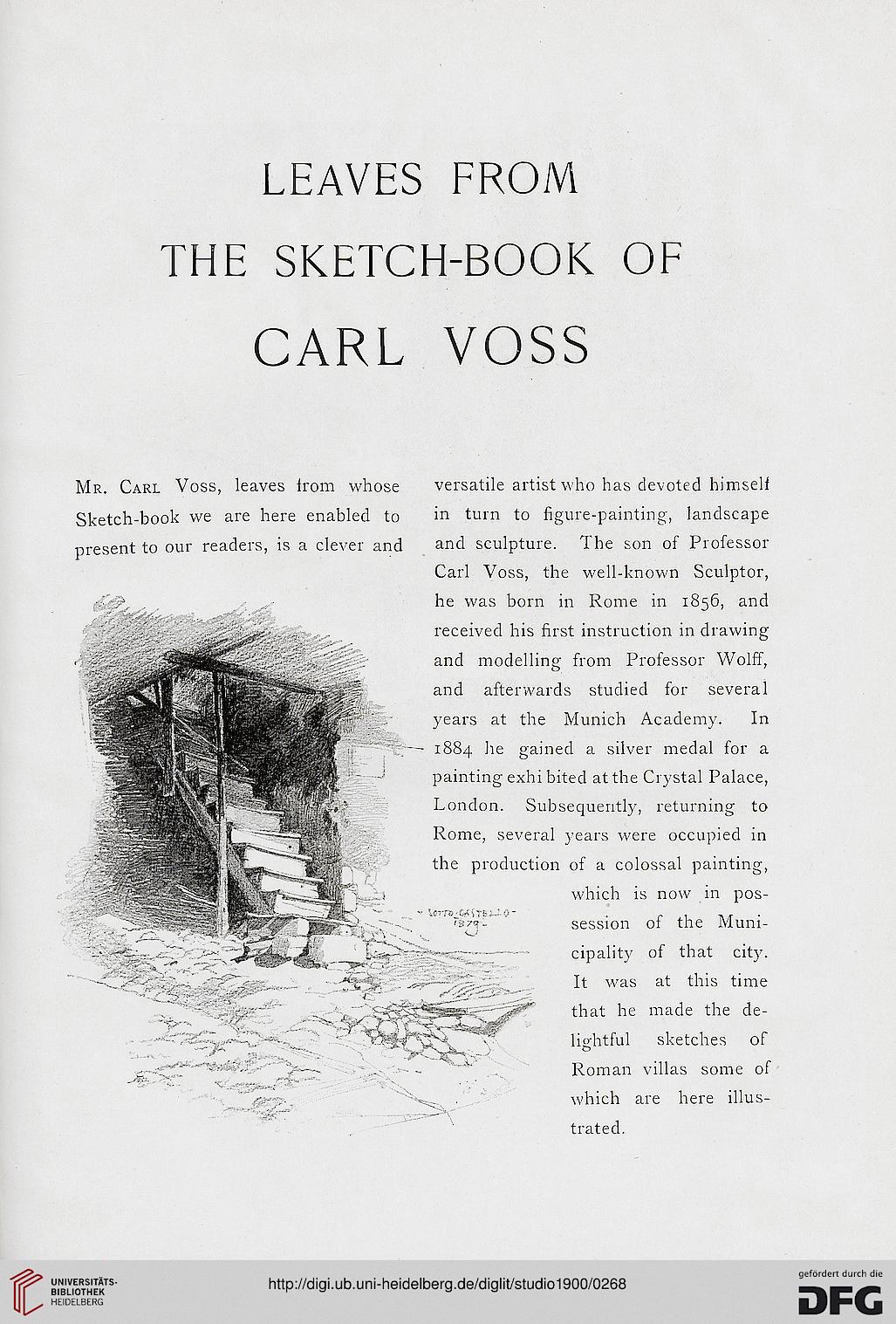 Information about OCR text
LEAVES FROM
THE SKETCH-BOOK OF

Mr. Carl Voss, leaves from whose versatile artist who has devoted himself
Sketch-book we are here enabled to in turn to figure-painting, landscape
present to our readers, is a clever and and sculpture. The son of Professor

received his first instruction in drawing
and modelling from Professor Wolff,
and afterwards studied for several
years at the Munich Academy. In
1884 he gained a silver medal for a
painting exhibited at the Crystal Palace,
London. Subsequently, returning to
Rome, several years were occupied in
the production of a colossal painting,
which is now in pos-
'»7<?- session oi the Muni-

It was at this time
that he made the de-
lio-htful sketches of
Roman villas some of
which are here illus-
trated.