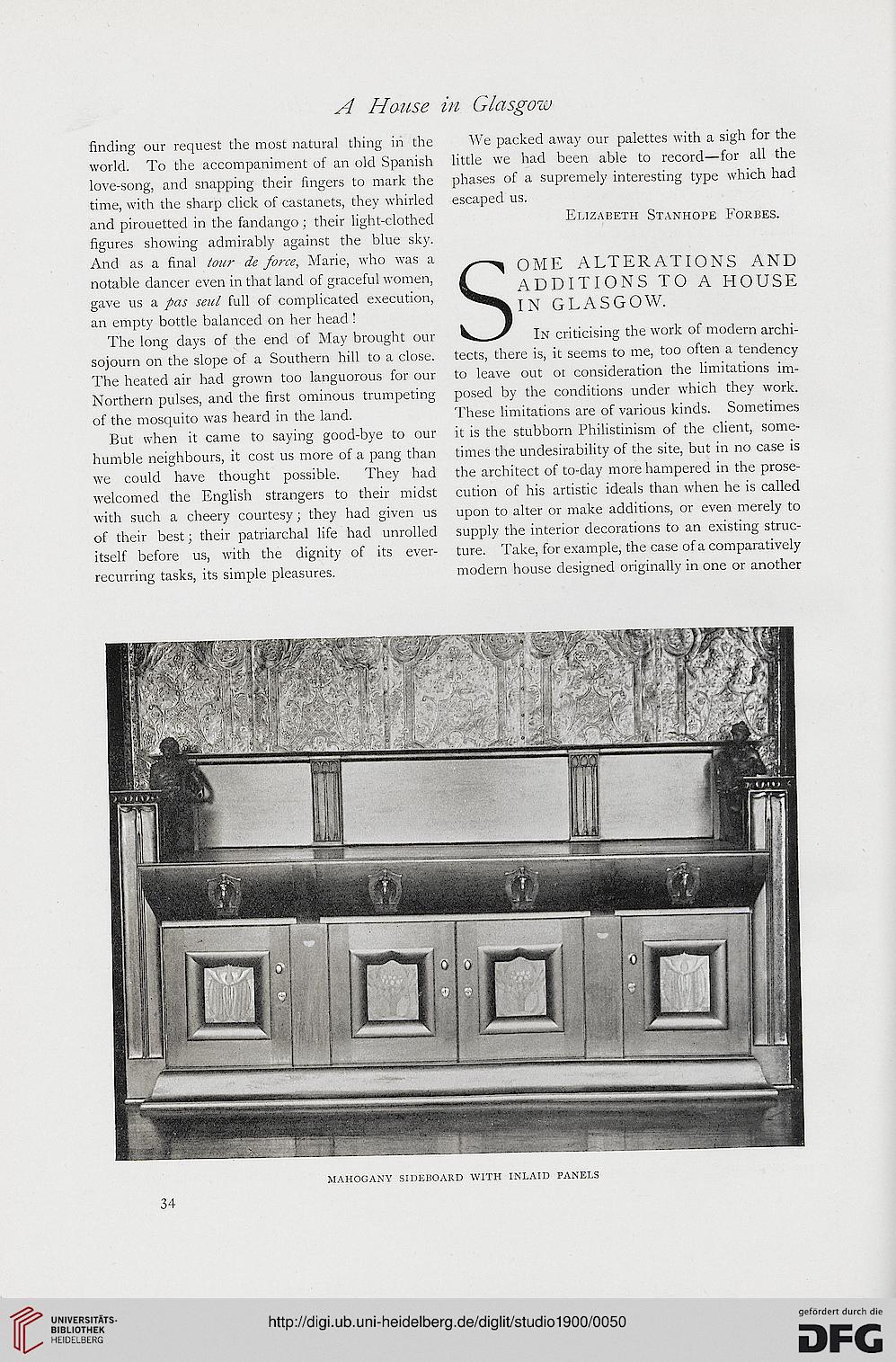 Information about OCR text
A House in Glasgow

world. To the accompaniment of an old Spanish little we had been able to record—for all the

love-song, and snapping their fingers to mark the phases of a supremely interesting type which had

time, with the sharp click of castanets, they whirled escaped us.

and pirouetted in the fandango; their light-clothed Elizabeth Stanhope Forbes.
figures showing admirably against the blue sky.

And as a final tour de force, Marie, who was a ^ OME ALTERATIONS A.ND

notable dancer even in that land of graceful women, / . -nniTinirc Tri a ITAiirr

an empty bottle balanced on her head ! ■

The long days of the end of May brought our V»,__J In criticising the work of modern archi-

sojourn on the slope of a Southern hill to a close, tects, there is, it seems to me, too often a tendency

Northern pulses, and the first ominous trumpeting posed by the conditions under which they work,

of the mosquito was heard in the land. These limitations are of various kinds. Sometimes

But when it came to saying good-bye to our it is the stubborn Philistinism of the client, some-
humble neighbours, it cost us more of a pang than times the undesirability of the site, but in no case is
we could have thought possible. They had the architect of to-day more hampered in the prose-
welcomed the English strangers to their midst cution of his artistic ideals than when he is called
with such a cheery courtesy; they had given us upon to alter or make additions, or even merely to
of their best; their patriarchal life had unrolled supply the interior decorations to an existing struc-
itself before us, with the dignity of its ever- ture. Take, for example, the case of a comparatively
recurring tasks, its simple pleasures. modern house designed originally in one or another