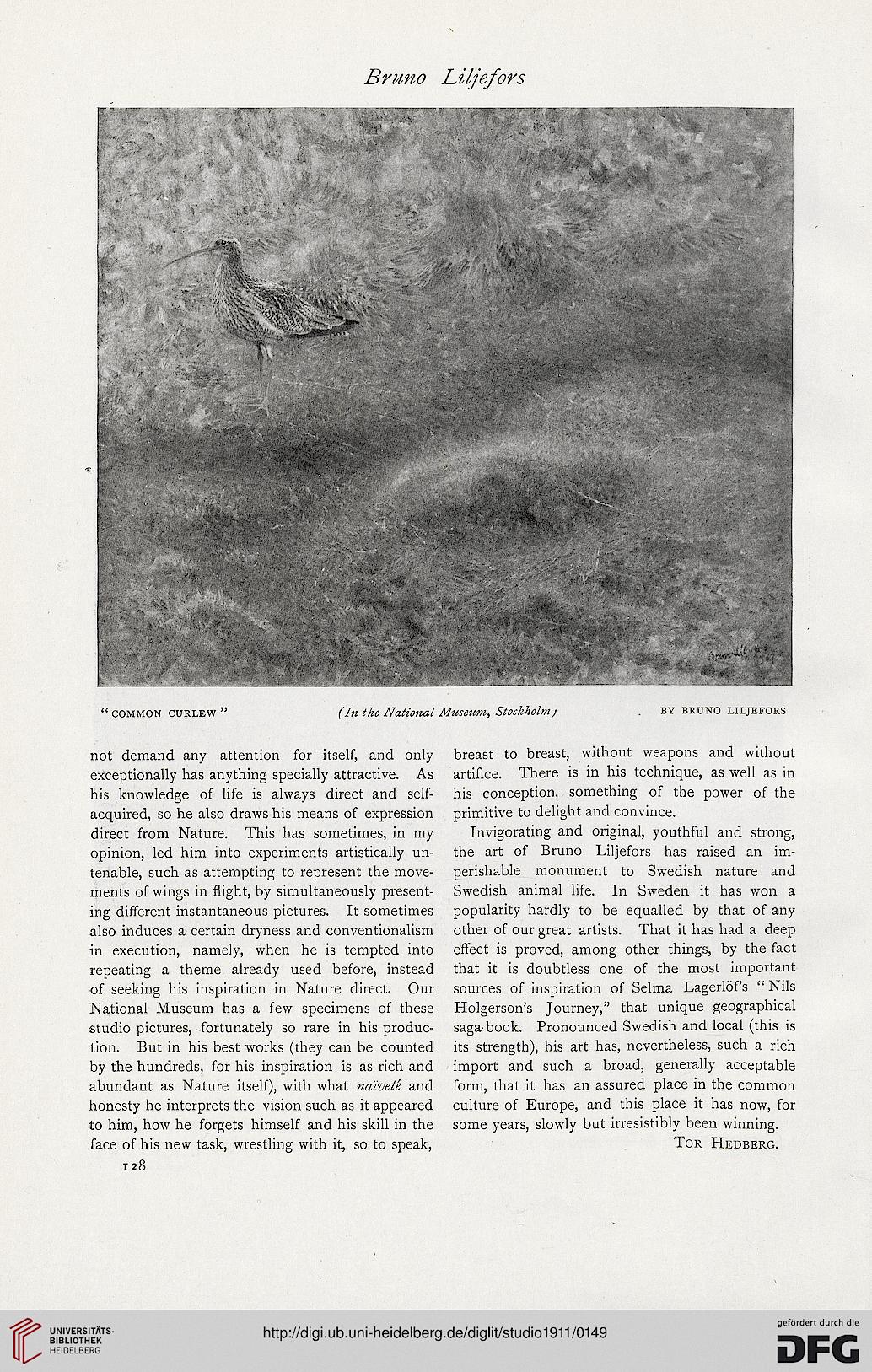 “common curlew” (In the National Museum, Stockholm) by bruno liljefors

not demand any attention for itself, and only
exceptionally has anything specially attractive. As
his knowledge of life is always direct and self-
acquired, so he also draws his means of expression
direct from Nature. This has sometimes, in my
opinion, led him into experiments artistically un-
tenable, such as attempting to represent the move-
ments of wings in flight, by simultaneously present-
ing different instantaneous pictures. It sometimes
also induces a certain dryness and conventionalism
in execution, namely, when he is tempted into
repeating a theme already used before, instead
of seeking his inspiration in Nature direct. Our
National Museum has a few specimens of these
studio pictures, fortunately so rare in his produc-
tion. But in his best works (they can be counted
by the hundreds, for his inspiration is as rich and
abundant as Nature itself), with what naivetk and
honesty he interprets the vision such as it appeared
to him, how he forgets himself and his skill in the
face of his new task, wrestling with it, so to speak,
128

breast to breast, without weapons and without
artifice. There is in his technique, as well as in
his conception, something of the power of the
primitive to delight and convince.

Invigorating and original, youthful and strong,
the art of Bruno Liljefors has raised an im-
perishable monument to Swedish nature and
Swedish animal life. In Sweden it has won a
popularity hardly to be equalled by that of any
other of our great artists. That it has had a deep
effect is proved, among other things, by the fact
that it is doubtless one of the most important
sources of inspiration of Selma Lagerlof’s “ Nils
Holgerson’s Journey,” that unique geographical
saga-book. Pronounced Swedish and local (this is
its strength), his art has, nevertheless, such a rich
import and such a broad, generally acceptable
form, that it has an assured place in the common
culture of Europe, and this place it has now, for
some years, slowly but irresistibly been winning.