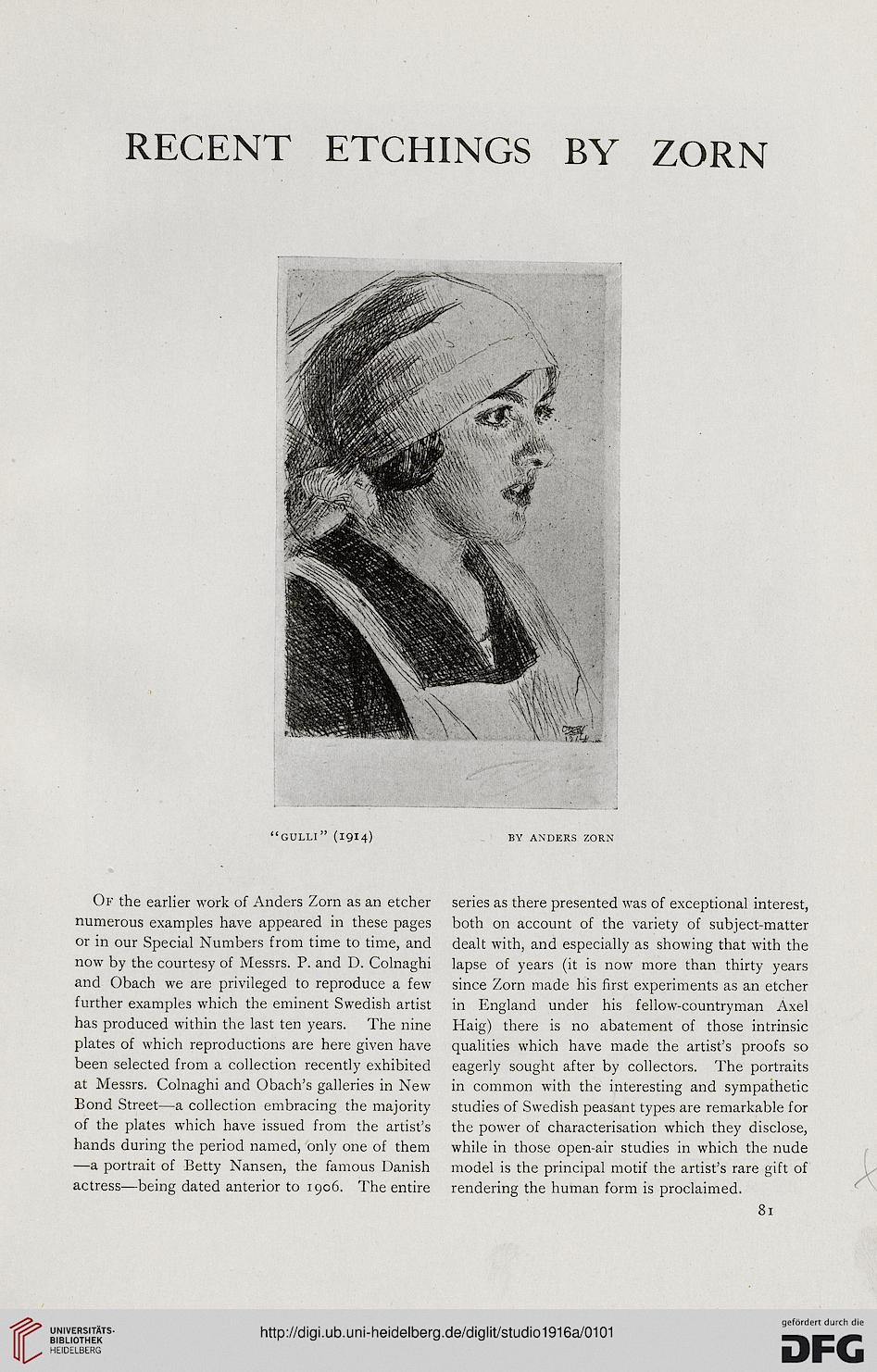 Of the earlier work of Anders Zorn as an etcher series as there presented was of exceptional interest,

or in our Special Numbers from time to time, and dealt with, and especially as showing that with the

now by the courtesy of Messrs. P. and D. Colnaghi lapse of years (it is now more than thirty years

has produced within the last ten years. The nine Haig) there is no abatement of those intrinsic

been selected from a collection recently exhibited eagerly sought after by collectors. The portraits

at Messrs. Colnaghi and Obach's galleries in New in common with the interesting and sympathetic

of the plates which have issued from the artist's the power of characterisation which they disclose,

hands during the period named, only one of them while in those open-air studies in which the nude

—a portrait of Betty Nansen, the famous Danish model is the principal motif the artist's rare gift of

actress—being dated anterior to 1906. The entire rendering the human form is proclaimed.