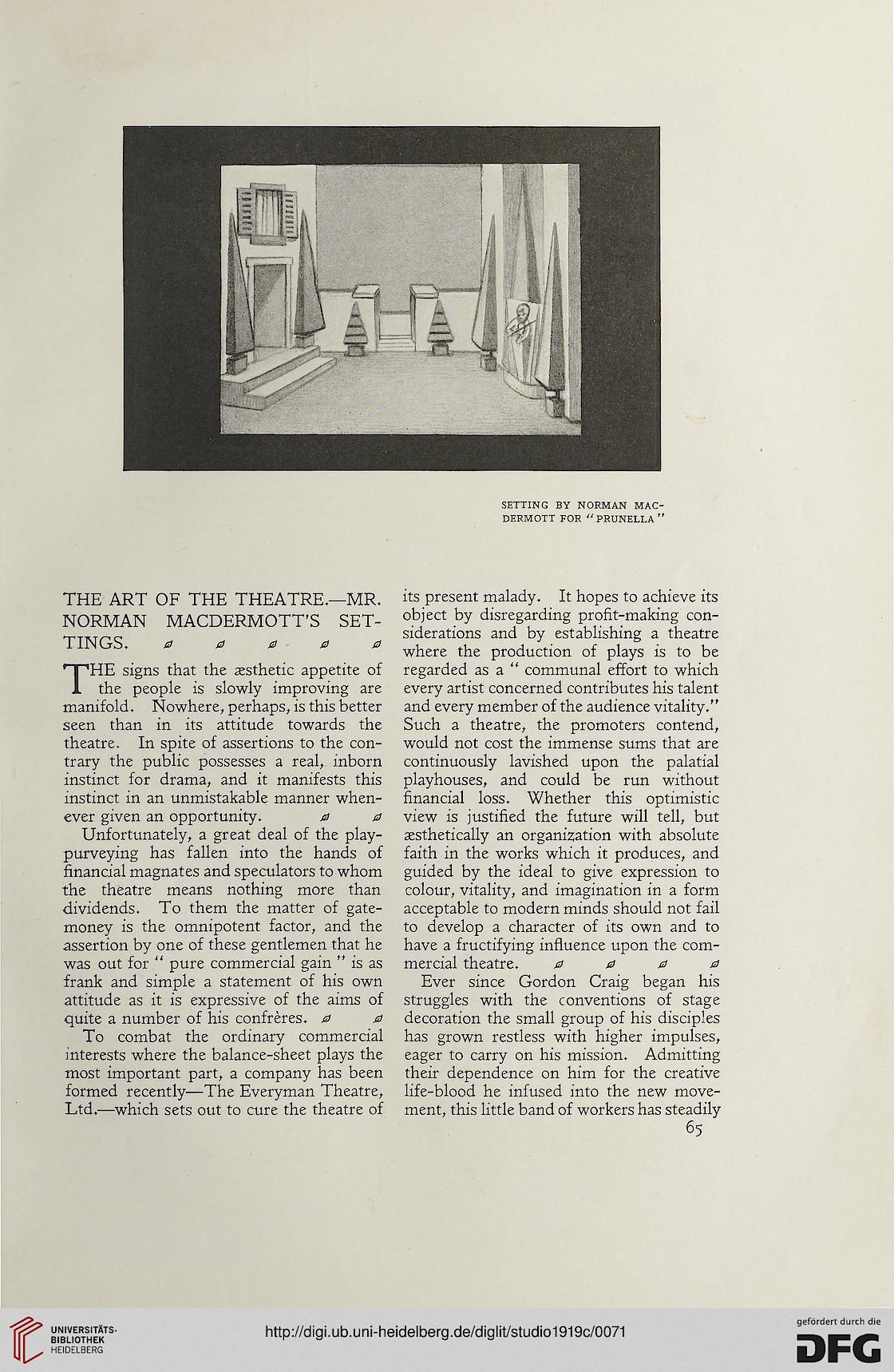 THE signs that the aesthetic appetite of
the people is slowly improving are
manifold. Nowhere, perhaps, is this better
seen than in its attitude towards the
theatre. In spite of assertions to the con-
trary the public possesses a real, inborn
instinct for drama, and it manifests this
instinct in an unmistakable manner when-
ever given an opportunity. 0 0

Unfortunately, a great deal of the play-
purveying has fallen into the hands of
financial magnates and speculators to whom
the theatre means nothing more than
dividends. To them the matter of gate-
money is the omnipotent factor, and the
assertion by one of these gentlemen that he
was out for “ pure commercial gain ” is as
frank and simple a statement of his own
attitude as it is expressive of the aims of
quite a number of his confreres. 0 0

To combat the ordinary commercial
interests where the balance-sheet plays the
most important part, a company has been
formed recently—The Everyman Theatre,
Ltd.—which sets out to cure the theatre of

its present malady. It hopes to achieve its
object by disregarding profit-making con-
siderations and by establishing a theatre
where the production of plays is to be
regarded as a “ communal effort to which
every artist concerned contributes his talent
and every member of the audience vitality.”
Such a theatre, the promoters contend,
would not cost the immense sums that are
continuously lavished upon the palatial
playhouses, and could be run without
financial loss. Whether this optimistic
view is justified the future will tell, but
aesthetically an organization with absolute
faith in the works which it produces, and
guided by the ideal to give expression to
colour, vitality, and imagination in a form
acceptable to modern minds should not fail
to develop a character of its own and to
have a fructifying influence upon the com-
mercial theatre. 0000
Ever since Gordon Craig began his
struggles with the conventions of stage
decoration the small group of his disciples
has grown restless with higher impulses,
eager to carry on his mission. Admitting
their dependence on him for the creative
life-blood he infused into the new move-
ment, this little band of workers has steadily