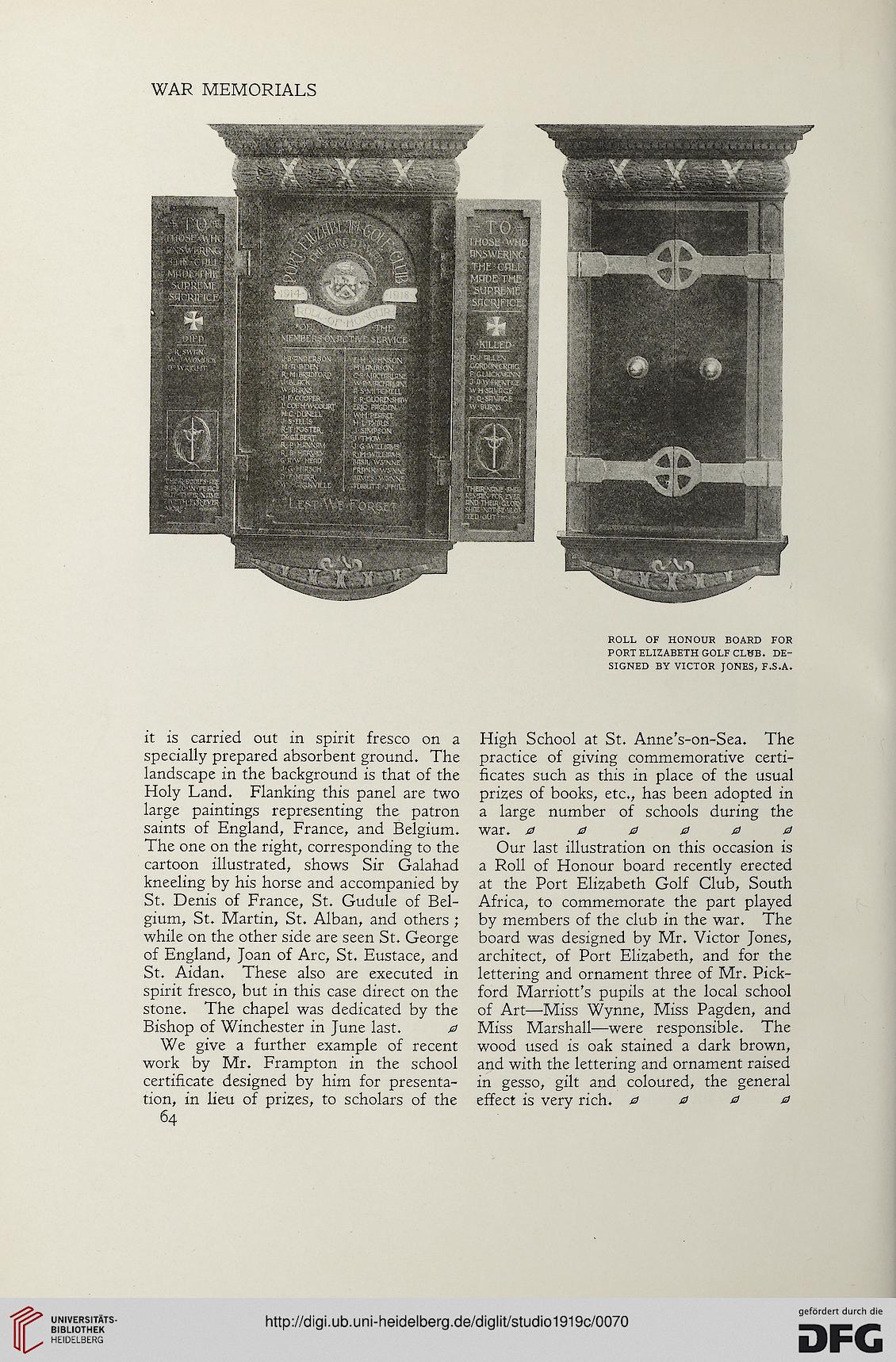 it is carried out in spirit fresco on a
specially prepared absorbent ground. The
landscape in the background is that of the
Holy Land. Flanking this panel are two
large paintings representing the patron
saints of England, France, and Belgium.
The one on the right, corresponding to the
cartoon illustrated, shows Sir Galahad
kneeling by his horse and accompanied by
St. Denis of France, St. Gudule of Bel-
gium, St. Martin, St. Alban, and others ;
while on the other side are seen St. George
of England, Joan of Arc, St. Eustace, and
St. Aidan. These also are executed in
spirit fresco, but in this case direct on the
stone. The chapel was dedicated by the
Bishop of Winchester in June last. 0
We give a further example of recent
work by Mr. Frampton in the school
certificate designed by him for presenta-
tion, in lieu of prizes, to scholars of the
64

High School at St. Anne's-on-Sea. The
practice of giving commemorative certi-
ficates such as this in place of the usual
prizes of books, etc., has been adopted in
a large number of schools during the
war. 0 0 0 0 0 0

Our last illustration on this occasion is
a Roll of Honour board recently erected
at the Port Elizabeth Golf Club, South
Africa, to commemorate the part played
by members of the club in the war. The
board was designed by Mr. Victor Jones,
architect, of Port Elizabeth, and for the
lettering and ornament three of Mr. Pick-
ford Marriott's pupils at the local school
of Art—Miss Wynne, Miss Pagden, and
Miss Marshall—were responsible. The
wood used is oak stained a dark brown,
and with the lettering and ornament raised
in gesso, gilt and coloured, the general
effect is very rich. 0000