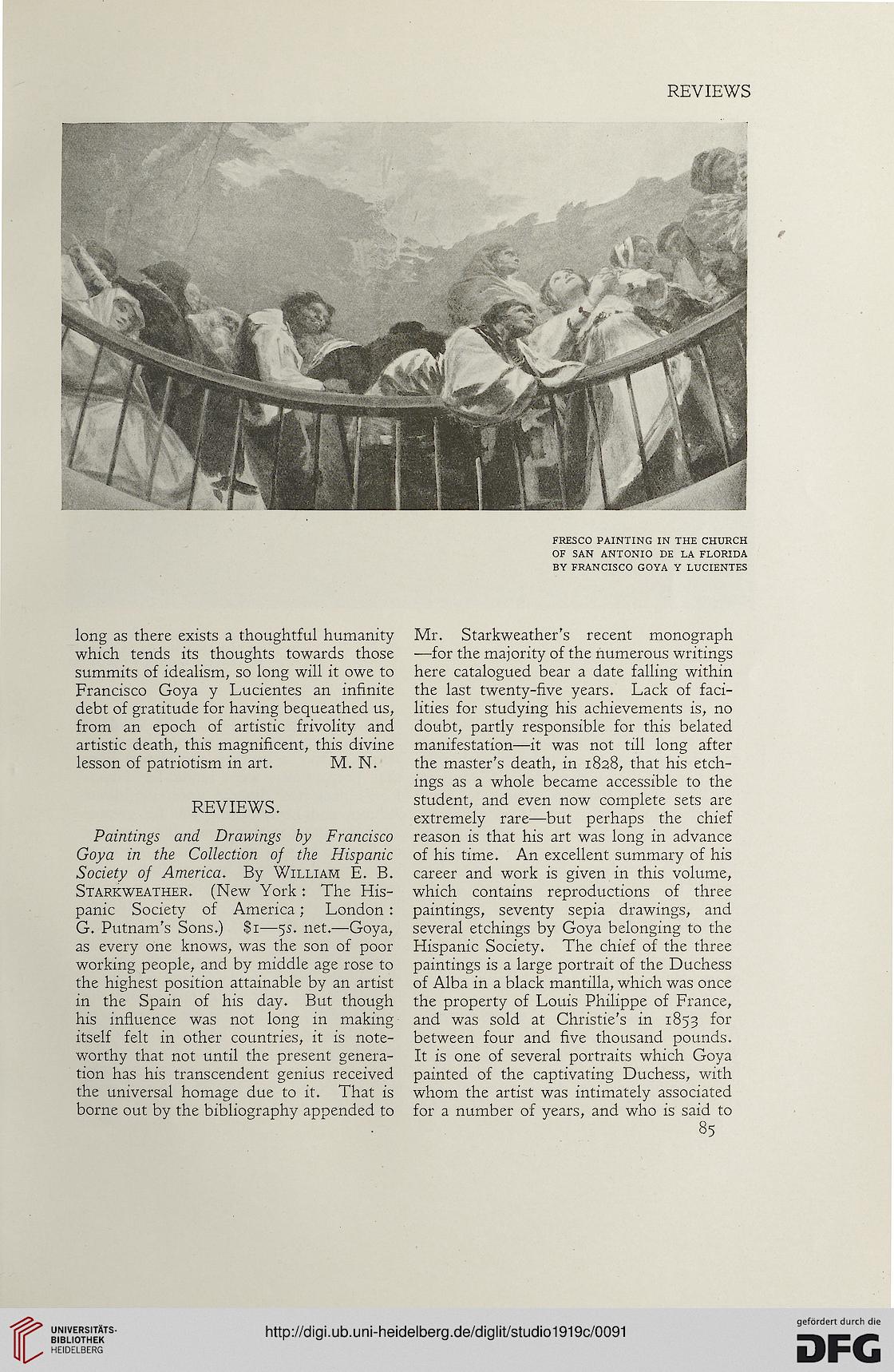 long as there exists a thoughtful humanity
which tends its thoughts towards those
summits of idealism, so long will it owe to
Francisco Goya y Lucientes an infinite
debt of gratitude for having bequeathed us,
from an epoch of artistic frivolity and
artistic death, this magnificent, this divine
lesson of patriotism in art. M. N.

Paintings and Drawings by Francisco
Goya in the Collection of the Hispanic
Society of America. By William E. B.
Starkweather. (New York : The His-
panic Society of America; London :
G. Putnam's Sons.) $i—5s. net.—Goya,
as every one knows, was the son of poor
working people, and by middle age rose to
the highest position attainable by an artist
in the Spain of his day. But though
his influence was not long in making
itself felt in other countries, it is note-
worthy that not until the present genera-
tion has his transcendent genius received
the universal homage due to it. That is
borne out by the bibliography appended to

Mr. Starkweather's recent monograph
—for the majority of the numerous writings
here catalogued bear a date falling within
the last twenty-five years. Lack of faci-
lities for studying his achievements is, no
doubt, partly responsible for this belated
manifestation—it was not till long after
the master's death, in 1828, that his etch-
ings as a whole became accessible to the
student, and even now complete sets are
extremely rare—but perhaps the chief
reason is that his art was long in advance
of his time. An excellent summary of his
career and work is given in this volume,
which contains reproductions of three
paintings, seventy sepia drawings, and
several etchings by Goya belonging to the
Hispanic Society. The chief of the three
paintings is a large portrait of the Duchess
of Alba in a black mantilla, which was once
the property of Louis Philippe of France,
and was sold at Christie's in 1853 f°r
between four and five thousand pounds.
It is one of several portraits which Goya
painted of the captivating Duchess, with
whom the artist was intimately associated
for a number of years, and who is said to