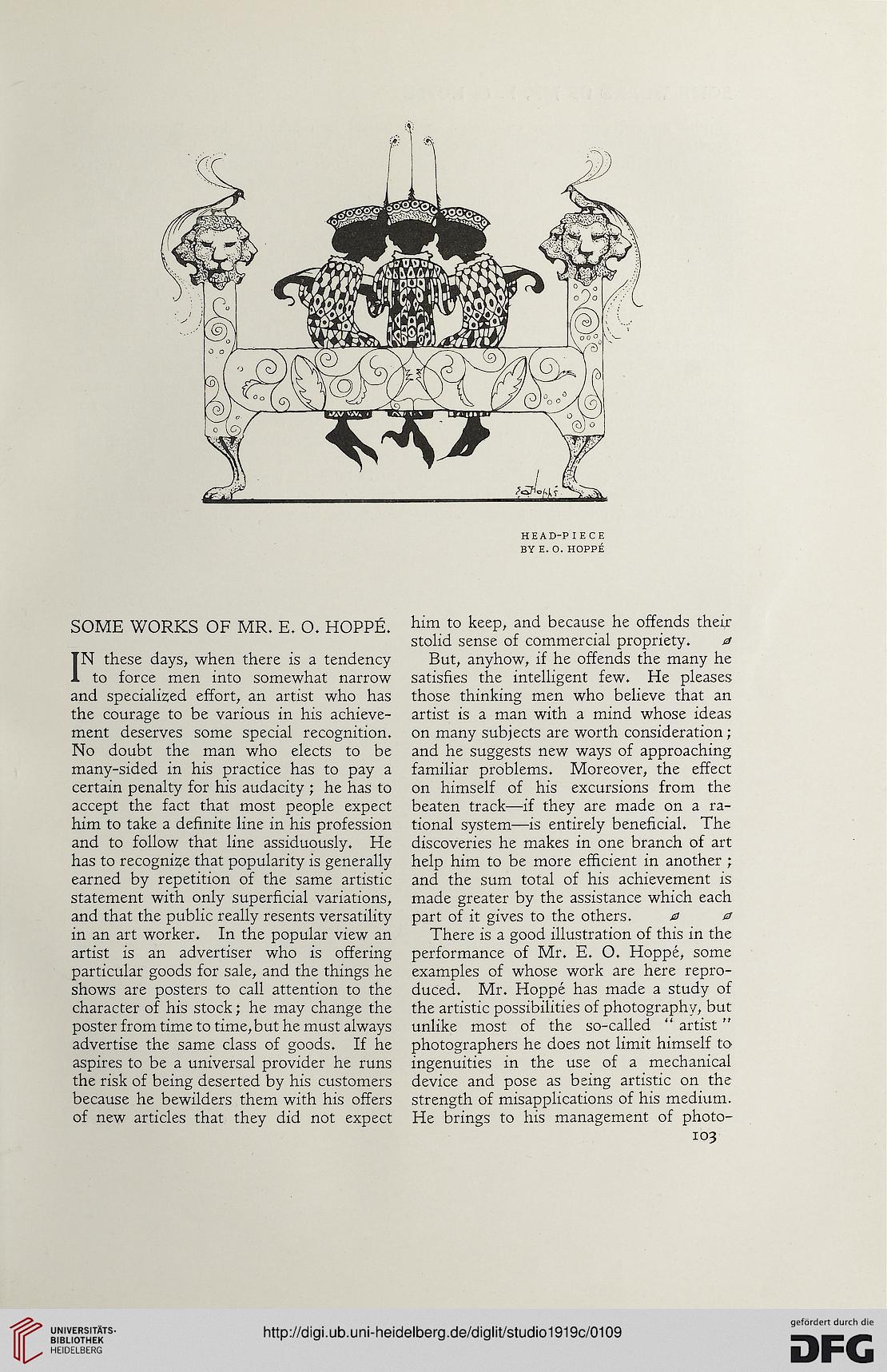 IN these days, when there is a tendency
to force men into somewhat narrow
and specialized effort, an artist who has
the courage to be various in his achieve-
ment deserves some special recognition.
No doubt the man who elects to be
many-sided in his practice has to pay a
certain penalty for his audacity ; he has to
accept the fact that most people expect
him to take a definite line in his profession
and to follow that line assiduously. He
has to recognize that popularity is generally
earned by repetition of the same artistic
statement with only superficial variations,
and that the public really resents versatility
in an art worker. In the popular view an
artist is an advertiser who is offering
particular goods for sale, and the things he
shows are posters to call attention to the
character of his stock; he may change the
poster from time to time, but he must always
advertise the same class of goods. If he
aspires to be a universal provider he runs
the risk of being deserted by his customers
because he bewilders them with his offers
of new articles that they did not expect

him to keep, and because he offends their
stolid sense of commercial propriety. a
But, anyhow, if he offends the many he
satisfies the intelligent few. He pleases
those thinking men who believe that an
artist is a man with a mind whose ideas
on many subjects are worth consideration;
and he suggests new ways of approaching
familiar problems. Moreover, the effect
on himself of his excursions from the
beaten track—if they are made on a ra-
tional system—is entirely beneficial. The
discoveries he makes in one branch of art
help him to be more efficient in another ;
and the sum total of his achievement is
made greater by the assistance which each
part of it gives to the others. 0 0

There is a good illustration of this in the
performance of Mr. E. O. Hoppe, some
examples of whose work are here repro-
duced. Mr. Hoppe has made a study of
the artistic possibilities of photography, but
unlike most of the so-called “ artist ”
photographers he does not limit himself to
ingenuities in the use of a mechanical
device and pose as being artistic on the
strength of misapplications of his medium.
He brings to his management of photo-