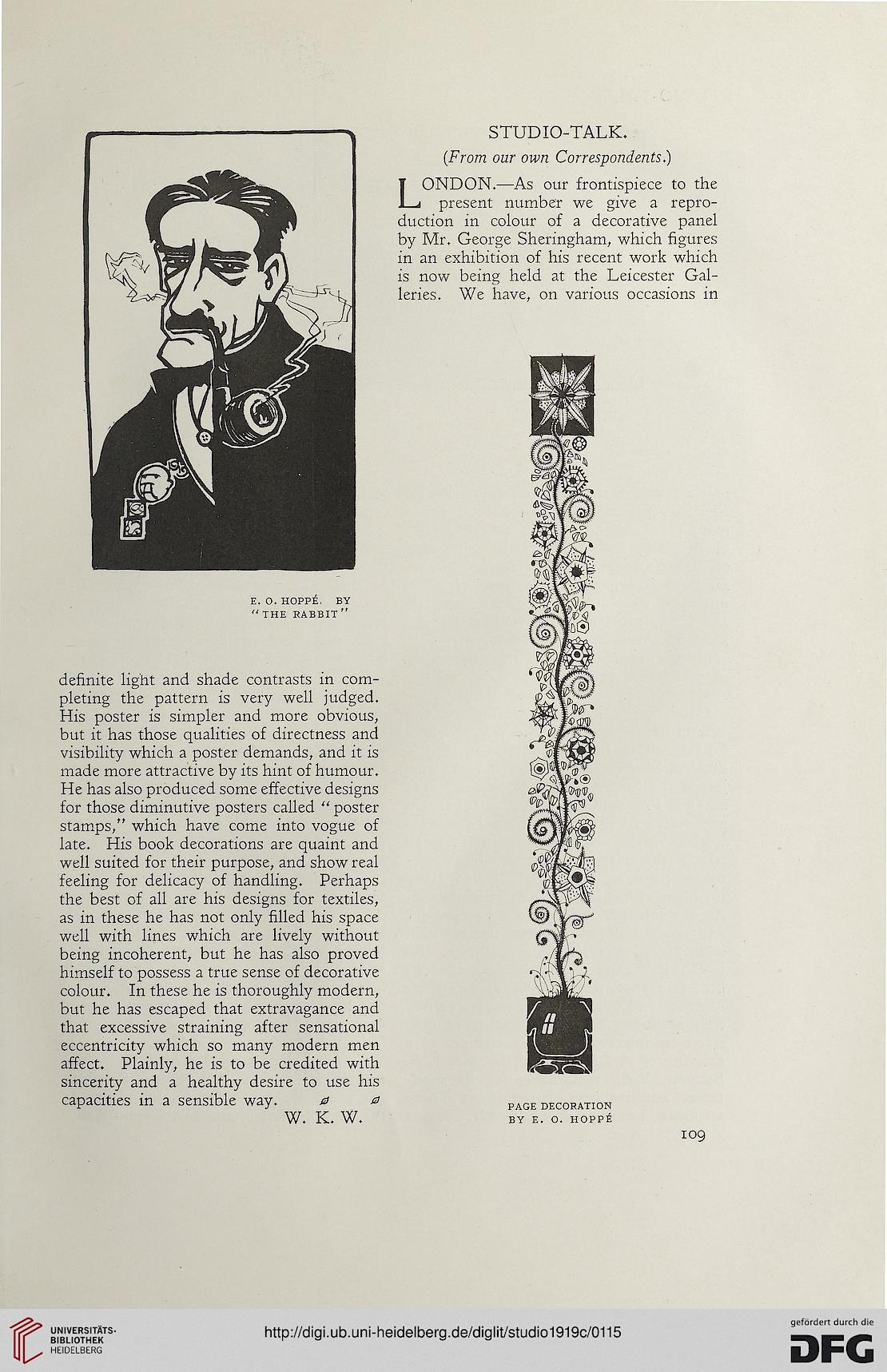 Information about OCR text
E. O. HOPPE, BY
" THE RABBIT ”

definite light and shade contrasts in com-
pleting the pattern is very well judged.
His poster is simpler and more obvious,
but it has those qualities of directness and
visibility which a poster demands, and it is
made more attractive by its hint of humour.
He has also produced some effective designs
for those diminutive posters called u poster
stamps,” which have come into vogue of
late. His book decorations are quaint and
well suited for their purpose, and show real
feeling for delicacy of handling. Perhaps
the best of all are his designs for textiles,
as in these he has not only filled his space
well with lines which are lively without
being incoherent, but he has also proved
himself to possess a true sense of decorative
colour. In these he is thoroughly modern,
but he has escaped that extravagance and
that excessive straining after sensational
eccentricity which so many modern men
affect. Plainly, he is to be credited with
sincerity and a healthy desire to use his
capacities in a sensible way. 0 0

LONDON.—As our frontispiece to the
present number we give a repro-
duction in colour of a decorative panel
by Mr. George Sheringham, which figures
in an exhibition of his recent work which
is now being held at the Leicester Gal-
leries. We have, on various occasions in