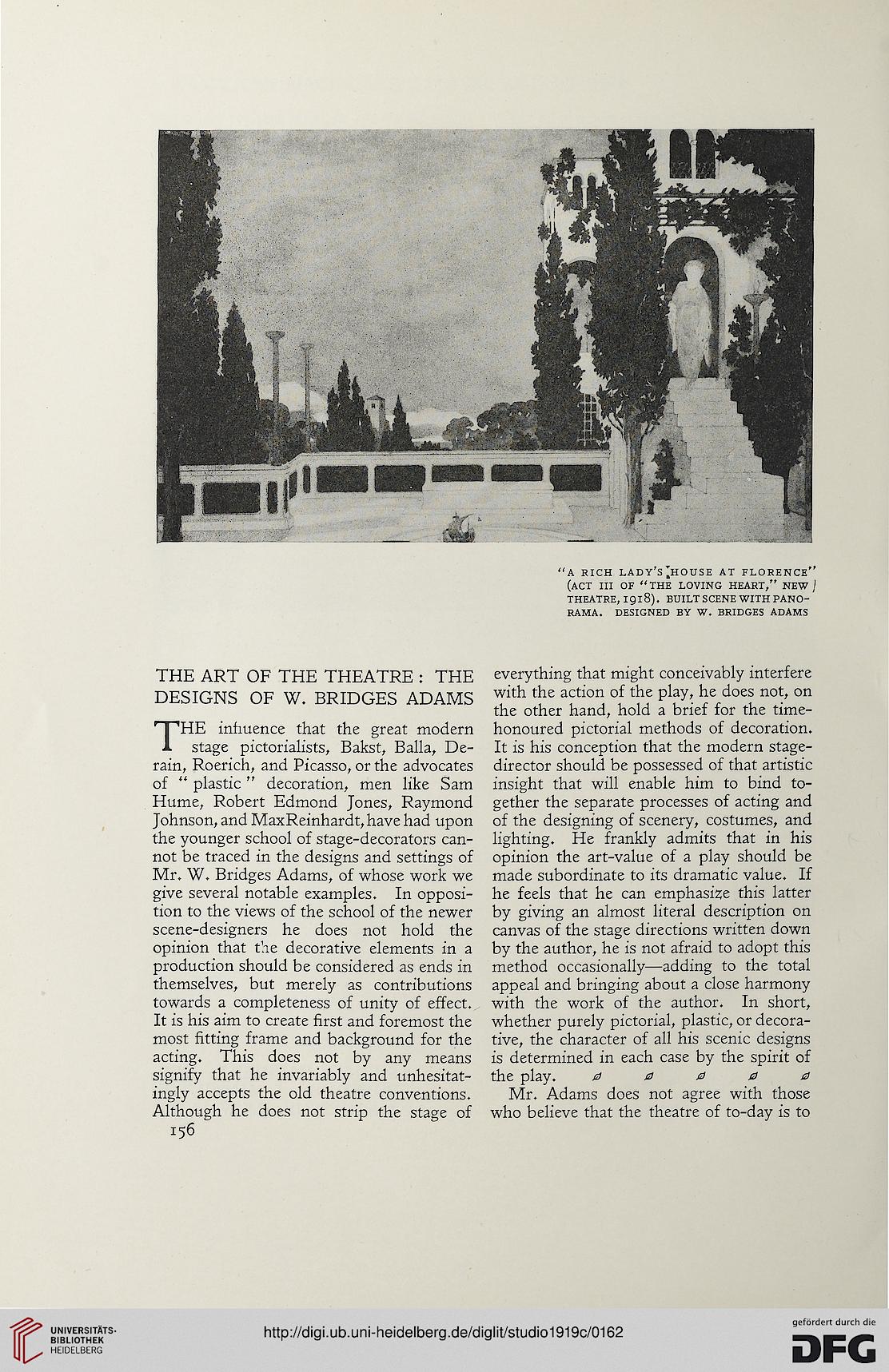 THE ART OF THE THEATRE : THE
DESIGNS OF W. BRIDGES ADAMS

THE influence that the great modern
stage pictorialists, Bakst, Balia, De-
rain, Roerich, and Picasso, or the advocates
of “ plastic ” decoration, men like Sam
Hume, Robert Edmond Jones, Raymond
Johnson, and MaxReinhardt, have had upon
the younger school of stage-decorators can-
not be traced in the designs and settings of
Mr. W. Bridges Adams, of whose work we
give several notable examples. In opposi-
tion to the views of the school of the newer
scene-designers he does not hold the
opinion that the decorative elements in a
production should be considered as ends in
themselves, but merely as contributions
towards a completeness of unity of effect.
It is his aim to create first and foremost the
most fitting frame and background for the
acting. This does not by any means
signify that he invariably and unhesitat-
ingly accepts the old theatre conventions.
Although he does not strip the stage of
156

everything that might conceivably interfere
with the action of the play, he does not, on
the other hand, hold a brief for the time-
honoured pictorial methods of decoration.
It is his conception that the modern stage-
director should be possessed of that artistic
insight that will enable him to bind to-
gether the separate processes of acting and
of the designing of scenery, costumes, and
lighting. He frankly admits that in his
opinion the art-value of a play should be
made subordinate to its dramatic value. If
he feels that he can emphasize this latter
by giving an almost literal description on
canvas of the stage directions written down
by the author, he is not afraid to adopt this
method occasionally—adding to the total
appeal and bringing about a close harmony
with the work of the author. In short,
whether purely pictorial, plastic, or decora-
tive, the character of all his scenic designs
is determined in each case by the spirit of
the play. 00000
Mr. Adams does not agree with those
who believe that the theatre of to-day is to