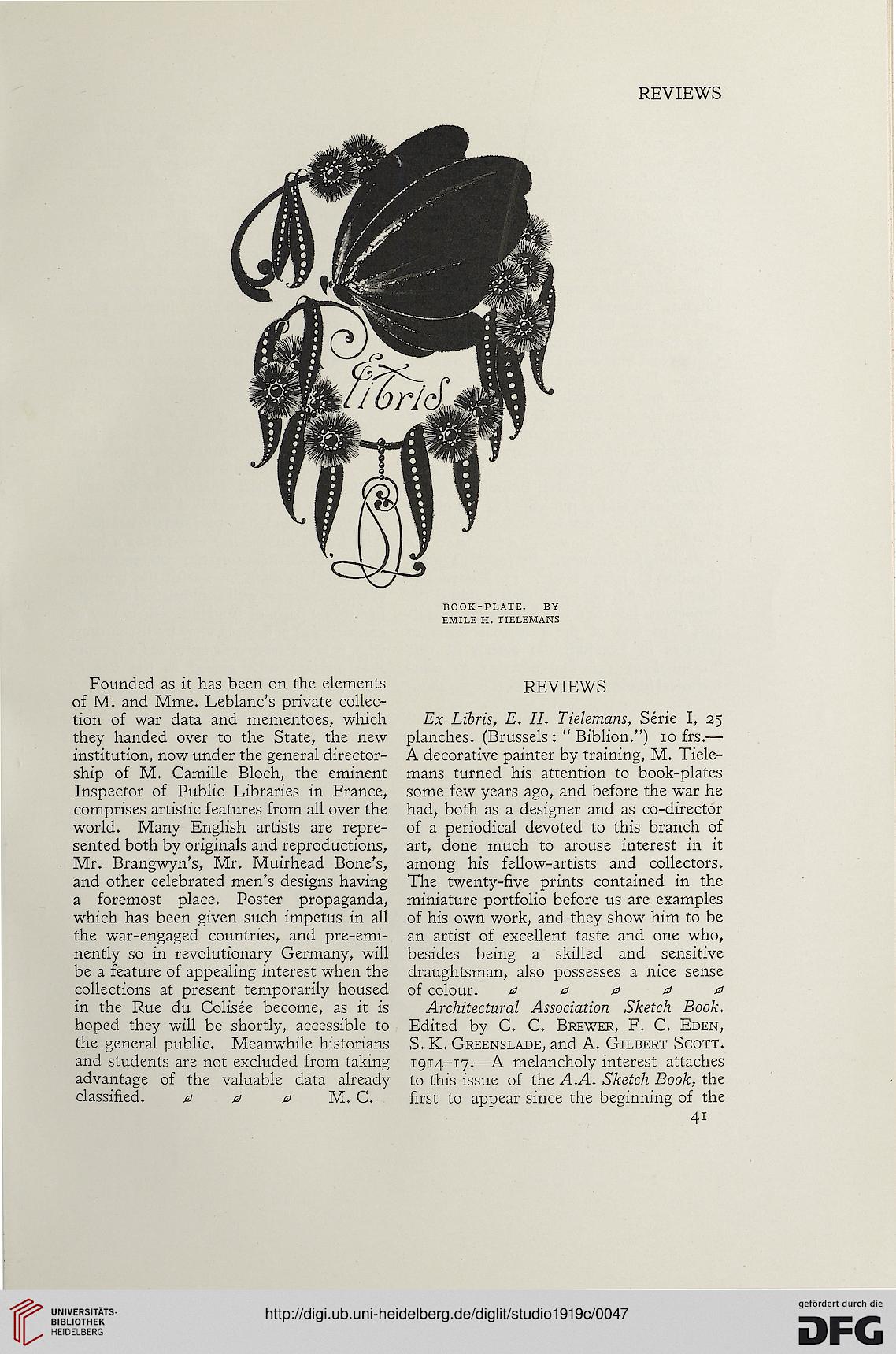 Founded as it has been on the elements
of M. and Mme. Leblanc's private collec-
tion of war data and mementoes, which
they handed over to the State, the new
institution, now under the general director-
ship of M. Camille Bloch, the eminent
Inspector of Public Libraries in France,
comprises artistic features from all over the
world. Many English artists are repre-
sented both by originals and reproductions,
Mr. Brangwyn's, Mr. Muirhead Bone's,
and other celebrated men's designs having
a foremost place. Poster propaganda,
which has been given such impetus in all
the war-engaged countries, and pre-emi-
nently so in revolutionary Germany, will
be a feature of appealing interest when the
collections at present temporarily housed
in the Rue du Colisee become, as it is
hoped they will be shortly, accessible to
the general public. Meanwhile historians
and students are not excluded from taking
advantage of the valuable data already
classified. 0 0 0 M. C.

Ex Libris, E. H. Tielemans, Serie I, 25
planches. (Brussels : 44 Biblion.") 10 frs.—
A decorative painter by training, M. Tiele-
mans turned his attention to book-plates
some few years ago, and before the war he
had, both as a designer and as co-director
of a periodical devoted to this branch of
art, done much to arouse interest in it
among his fellow-artists and collectors.
The twenty-five prints contained in the
miniature portfolio before us are examples
of his own work, and they show him to be
an artist of excellent taste and one who,
besides being a skilled and sensitive
draughtsman, also possesses a nice sense
of colour. 00000
Architectural Association Sketch Book.
Edited by C. C. Brewer, F. C. Eden,
S. K. Greenslade, and A. Gilbert Scott.
1914-17.—A melancholy interest attaches
to this issue of the A,A, Sketch Book, the
first to appear since the beginning of the