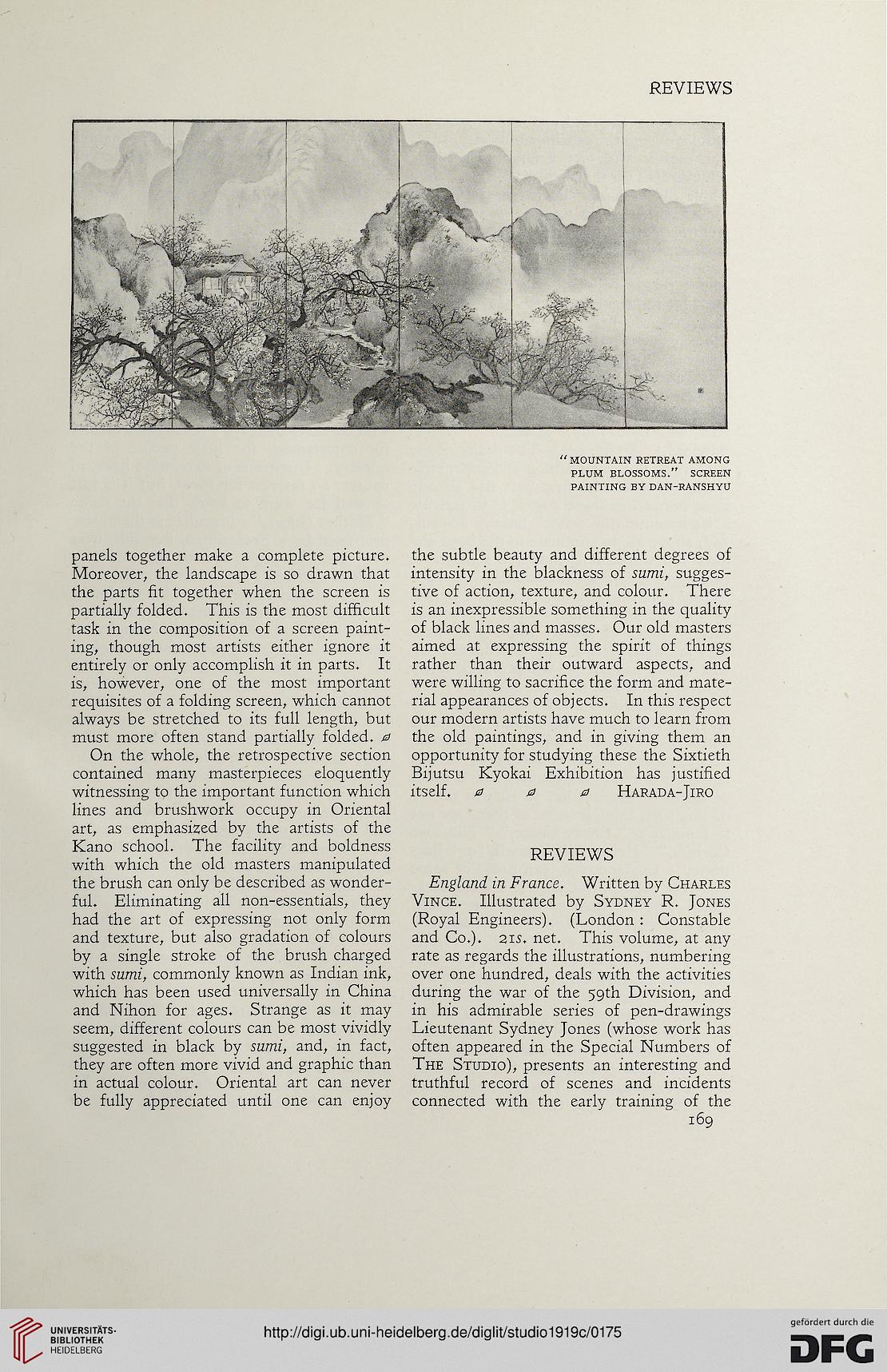 panels together make a complete picture.
Moreover, the landscape is so drawn that
the parts fit together when the screen is
partially folded. This is the most difficult
task in the composition of a screen paint-
ing, though most artists either ignore it
entirely or only accomplish it in parts. It
is, however, one of the most important
requisites of a folding screen, which cannot
always be stretched to its full length, but
must more often stand partially folded. 0
On the whole, the retrospective section
contained many masterpieces eloquently
witnessing to the important function which
lines and brushwork occupy in Oriental
art, as emphasized by the artists of the
Kano school. The facility and boldness
with which the old masters manipulated
the brush can only be described as wonder-
ful. Eliminating all non-essentials, they
had the art of expressing not only form
and texture, but also gradation of colours
by a single stroke of the brush charged
with sumi, commonly known as Indian ink,
which has been used universally in China
and Nihon for ages. Strange as it may
seem, different colours can be most vividly
suggested in black by sumi, and, in fact,
they are often more vivid and graphic than
in actual colour. Oriental art can never
be fully appreciated until one can enjoy

the subtle beauty and different degrees of
intensity in the blackness of sumi, sugges-
tive of action, texture, and colour. There
is an inexpressible something in the quality
of black lines and masses. Our old masters
aimed at expressing the spirit of things
rather than their outward aspects, and
were willing to sacrifice the form and mate-
rial appearances of objects. In this respect
our modern artists have much to learn from
the old paintings, and in giving them an
opportunity for studying these the Sixtieth
Bijutsu Kyokai Exhibition has justified
itself. 000 Harada-Jiro

rate as regards the illustrations, numbering
over one hundred, deals with the activities
during the war of the 59th Division, and
in his admirable series of pen-drawings
Lieutenant Sydney Jones (whose work has
often appeared in the Special Numbers of
The Studio), presents an interesting and
truthful record of scenes and incidents
connected with the early training of the